Be There (or be square) 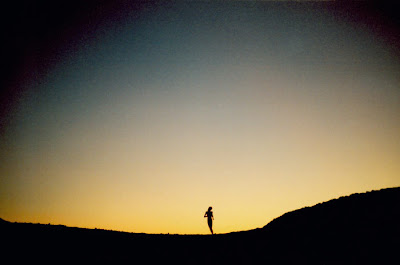 I can safely predict that the place to be in New York this week (if not this entire spring) will be the Team Gallery opening of new work by 30 year old photographer Ryan McGinley. The show, called "I Know Where the Summer Goes", runs from the opening on the 3rd of April through the 3rd of May. Team Gallery is located at 83 Grand Street between Wooster and Greene.

The title of this exhibition, taken from a song by Belle & Sebastian, is more than just a piece of poetic musing. McGinley does, in fact, know where his summers go. In the summer of 2007, as has been his recent practice, he travelled across the United States with sixteen models and three assistants, shooting 4,000 rolls of film. From the resulting 150,000 photographs, he narrowed down the work to some fifty images to be shown at the gallery.

At one point in McGinley's meteoric career, the question many people had was whether he was a Nan Goldin wannabe or actually had something original to say - an interesting question in the light of yesterday's post. He seems to have found his place in the great outdoors bringing a much needed breath of fresh air (no pun intended) to the increasingly stultified genre of constructed photography. The sky has become one of his great subjects to which he brings yet another fresh point of view. Finally, his equal interest (photographically speaking) in both men and women is a surprisingly rare and refreshing occurrence. 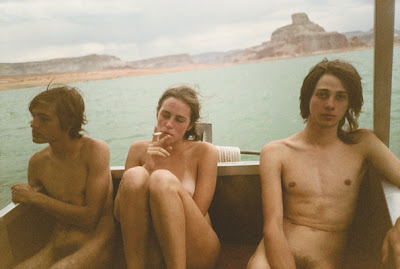 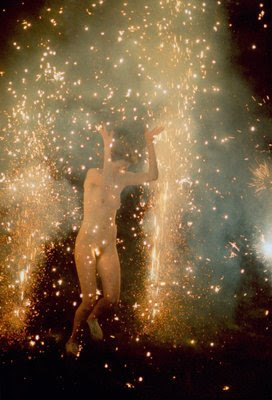 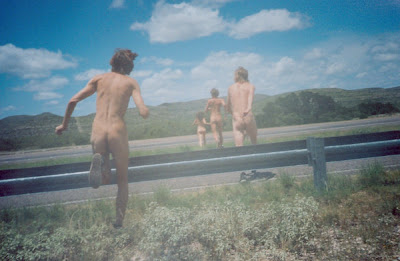 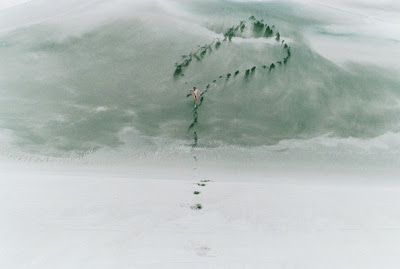 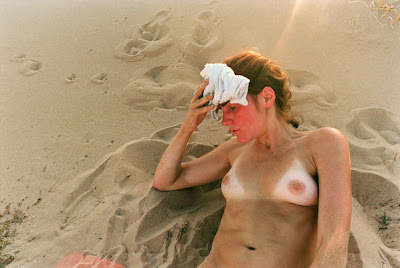 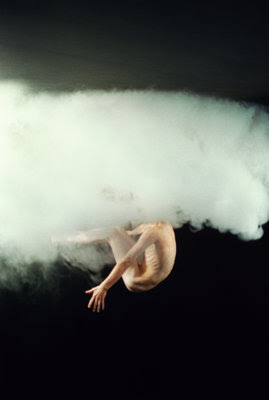 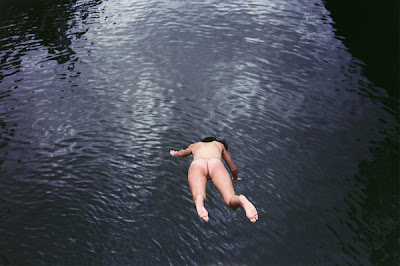 So the "much needed breath of fresh air (no pun intended) to the increasingly stultified genre of constructed photography" is... "spontaneous" photos of naked hipster kids?

Yes, Joerg, indeed a breath of fresh air. I'm getting a little bored with the children of Gregory Crewdson posing their family and friends in artfully mixed light and faux narrative tableaux!

Originality is probably a bit defunct.

I think persistency and vision is important. These images, although superficially appealing, seem random.

Sure, if you take 4,000 roles of film you're going to come up with something. But, what are you going to do with it?

I'm sure Lee Friedlander takes 4,000 rolls, but he's after something. It may be that McGinley was after this range, but, it seems overly confident to me.

Oh boy! I went to see Lee Friedlander's show at the Met (unpeopled pictures of Central Park) and have been resisting writing about it as I found it the most boring example of the emperor's new clothes school of art curating I have seen for a long time. Do you think that was what he was after?

I too, find a bit of a relief to see some spontaneity here. But is "hire some models" real spontaneity? Or staged spontaneity? To me, it just smells of commerce, not so much art. Like a giant promo piece, not that there's anything wrong with that. It just seems like the lines between commerce and art and now more blurred than ever before.

Is this work "personal expression"? I guess on some level it is, but not so much in the classic sense.

Still, to me, it's better than overanalyzing an on-camera flash coming off a painting. Now THAT is way too East Coast mentality. Let's bow our heads and ponder.

I don't really see the filiation with Nan Goldin, for me it looks very similar to Patrick Tsai and Madi Ju's diary, or is it the opposite ?

Haven't seen the Friedlander show at the Met. I could imagine that it's boring though.

I was thinking more along the lines of his America By Car series.

Stunning. The first photo takes my breath away. All that 'space' is amazing.

McGinley is a favourite since I first saw it.

I'm with Joerg on this one, cynical attempt at the advertising £ sorry, $ the models are just that, waiting for Vogue to come and dress them..............

no less directed than the blatently directed.

original ? bruce weber was doing that in the 770's

Looks like some hipster nudist family snap shots, or maybe more like what a commercial fashion shooter would do because they think it's what artsy photography looks like. Personally I find both this and friedlander are pretty boring and neither of them seem fresh at all. Maybe this is freshly rehashed while friedlander is rehashing his own stuff at least.

Yikes. I was cursed with that comparison before I knew who Crewdson was. I don't even use artificial light or an assistant (let alone an entire crew). Can't someone's work be similar before it is cast aside as a replicant?