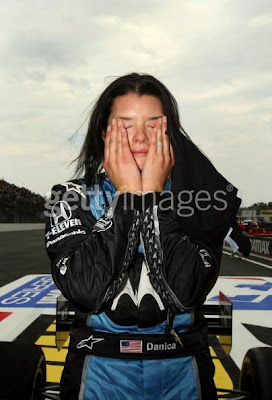 This weekend, Danica Patrick became the first woman to win a major car race, defeating two-time Indy 500 winner Helio Castronoves by nearly six seconds in the Indy Japan 300. USA Today are now running a poll to see whether people think this is a greater achievement than Billie Jean King's victory over Bobby Riggs, but there should really be no question athletically speaking. One was a trumped up publicity stunt with made for the occasion rules, the other a real competition. Danica wins hands down.

The photograph that for me best expresses the significance of the event was taken by Jonathan Ferrey of Getty Images (full frame above and detail below). It's one of those pictures when the clarity of light and crispness of the composition are able to convey what must have been a transcendent and life-changing moment. You can just feel the relief on Patrick's face after achieving something not everyone believed was possible, and anticipate the emotion that's about to flood over her. 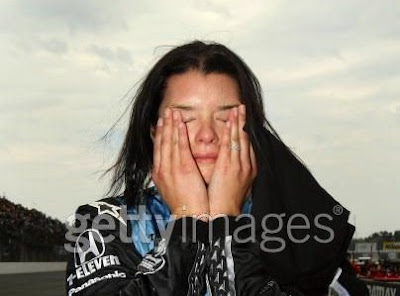 Danica Patrick had been knocking at the door of a sport totally dominated by men in which her most notable success was in the world of pin-ups and endorsements. (As the New York Times diplomatically put it, “Companies embraced her willingness to market her good looks”.) She was clearly a capable racer, but this victory makes it hard to ignore that she’s also a serious contender.

Everybody needs to make a buck, of course, and while Danica’s been a game player, you could see in her eyes and the set of her lips that the pin-up thing wasn’t exactly what she wanted to be doing - whether it was for magazines like FHM or the “classier” Sports Illustrated bathing suit issue.

It will be interesting to see where the victory at Motegi takes her. (And where the name "Danica" – which recently moved up the list of most popular baby names from 610 to 352 – will end up on next year’s charts!) 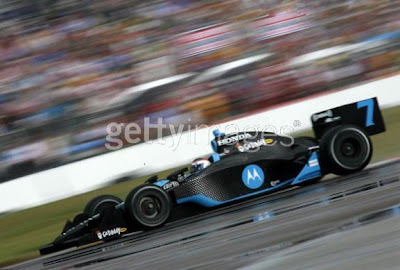 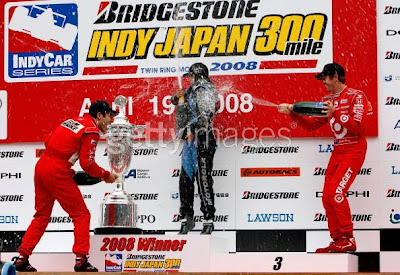 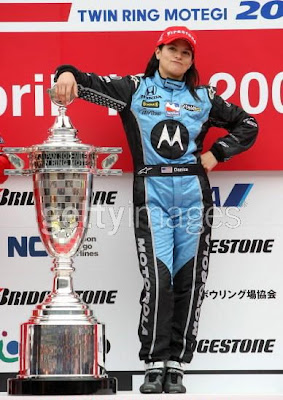 And now the pandering stuff .... 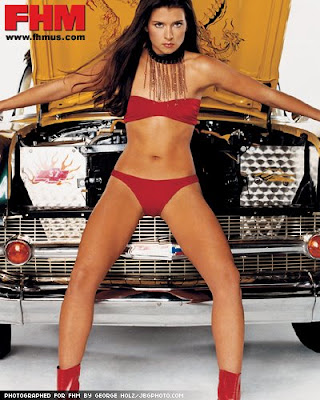 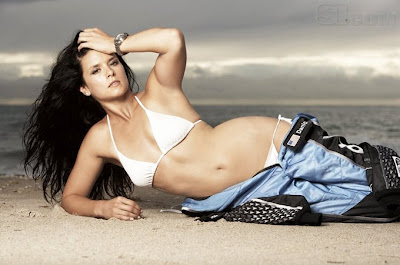 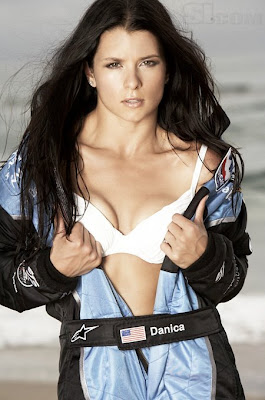 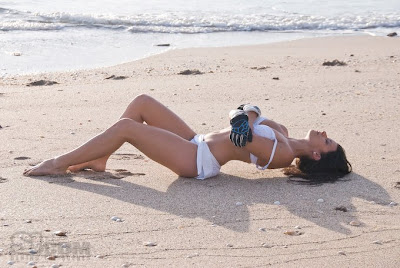 Posted by The Year in Pictures at 9:23 AM

Bravo to Danica, she broke the Kournikova Kurse. Beautiful as the cheesecake is, I appreciate more the exhaustion, relief, exultation and vindication that comes through in her post-race photos. Everyone should show these pics to their daughters for the contrast between achievement and posing.

thanks for stopping in, i love your blog! and go danica, go. i love her.

what a fantastic post-win shot. i'm not an indy fan, but i look forward to the coverage and reaction she's inspiring. woot.

We heard that she is thinking of Formula 1. Looking forward to it.