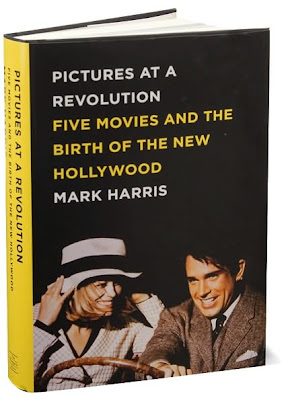 A couple of updates on recent posts:

Before going away on holiday last month, I mentioned I was hoping to read “Pictures at a Revolution. Five Movies and the Birth of the New Hollywood” by Mark Harris. It’s an account of the five films nominated for Best Picture at the 1968 Academy Awards and their journey from concept to the awards ceremony. (The five were: Bonnie and Clyde, Dr. Doolittle, The Graduate, Guess Who’s Coming to Dinner, and In the Heat of the Night, but I have no intention of spoiling the ending.)

Anyway, I just finished the book – and enjoyed every one of its 426 pages. It’s a thoroughly engrossing, incredibly well researched, and never less than page-turning read. If you come away with one thing, it’s the mind-boggling difficulties every single one of the films faced in getting off the ground, and the tenacity and commitment of the creative teams behind each project.

A friend recently remarked that this blog was getting a bit caught up in the ‘60s. I understand her point, but to me 1968 keeps becoming a more and more interesting and watershed year, especially in the life and culture of the United States. Books like this just add to the history of better known events like the assassinations of Martin Luther King and Bobby Kennedy, the start of peace negotiations in Vietnam, and the election of Richard Nixon. So expect more ‘60s posts in the near future unless I hear objections. And please let me know what you would consider your watershed year. 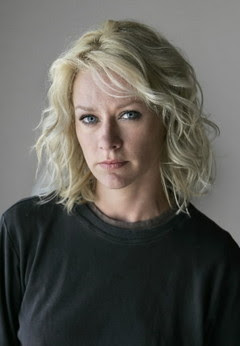 Another recent video post featured Shelby Lynne and her new album of re-interpretations of Dusty Springfield standards, Just a Little Lovin’. Shelby Lynne was performing in New York City this past Friday and on a whim I went to see her. Suffering through one of the worst (and longest) warm-up acts ever, I was ready to leave before Shelby even performed, but was I glad I stuck it out! Her Springfield renditions have grown even deeper and more personal since the album was released and the selection of her own previous hits, none of which I knew, became instant downloads. She has a magnetic stage presence – tough on the outside but vulnerable inside, a little bit white-trashy, a lot world weary, but totally in control. (You can read a lot about her in the picture above.) And I should not forget to mention the incredible virtuosity of her band.

She’s done in New York, but her concert schedule over the next month has her criss-crossing the country playing in about 5 different locations every week. Don't miss her (or her new record).

First of all, congratulations on your blog. It's definitely a must-read!

I was born in the late-seventies, in Lisbon, Portugal, and there's not a day that goes by that I don't wish to have lived through the sixties.

It's not just the movies, the music or the clothes. It's a feeling that should be remembered by the younger generations, including my own.

Please feel free to post away all you want about the 60's. I think everyone would be grateful. I know I will!

Dear T.J. -
Thanks for your comment. It's one of the most gratifying I've received. I was 15 in 1968 and you sometimes wonder/worry whether the peace, love, and creativity kharma is losing relevance!
JD.