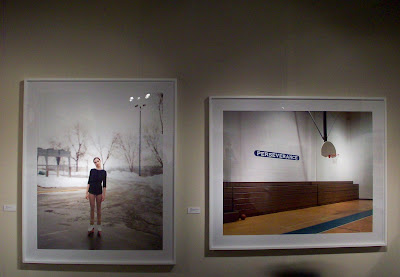 Things start off promisingly at the AIPAD fair with some of Alec Soth's giant "Fashion Magazine" portraits at the Weinstein Gallery. However ...

AIPAD – The Association of International Photography art Dealers – opened its annual show at the Park Avenue Armory in New York City last night, giving reason to both celebrate and be depressed. It runs through Sunday, April 13.

The celebration is a celebration of community, in this case the photographic gallery community, now having its 30th year as a formal trade group. With 75 dealers, too often cramming as many of their wares into a small both as can fit, there are bound to be some good pictures, but if you’re looking for fresh ideas this is not the place. Nor is this really any sensible way to show art. The advantage of the multiples aspect of photography is the democratic subtext and opportunity. The downside is that after only a few booths it begins to feel more like merchandise and if I'm correct, a slightly desperate feeling of thwarted commerce hangs heavy in the air.

Nevertheless, there are plenty of greatest hits, and if you have the spare half a day it takes to really do the fair properly – which means going through the multitude of bins that many dealers love to load the tables with – you’re sure to uncover some hidden treasures.

Here are some things that caught my attention: 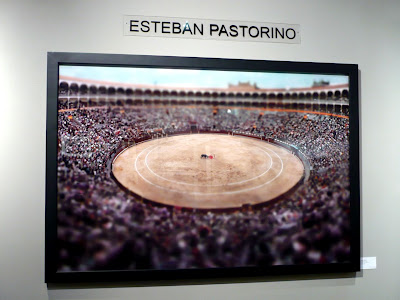 Esteban Pastorino's work has appealed to me before. But I also like his new work (below) which keeps him one step ahead of the selective focus hordes and with a fresh new outlook and subject. 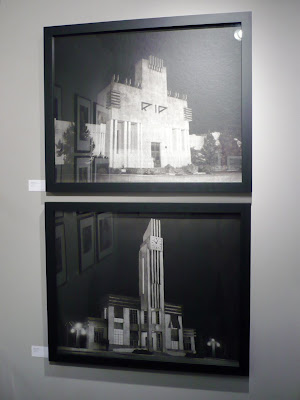 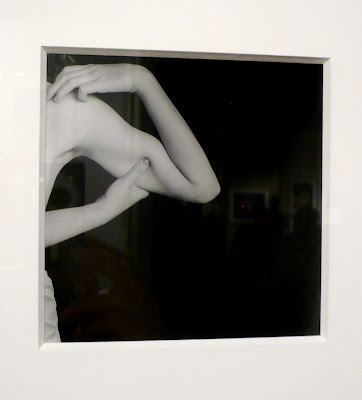 In the late 1970s and early 1980s before she died at a tragically young age, Francesca Woodman experimented with images dealing with self-portraiture and identity. Here a kind of reverse-Mapplethorpe gesture. (At Gary Edwards.) 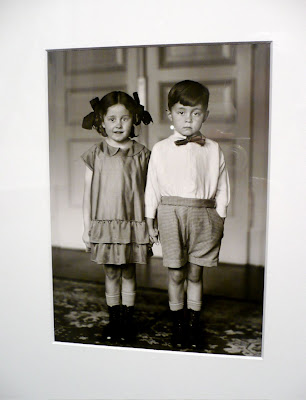 A cute, very Sartorialist, August Sander! (FYI - Sander is about to be the subject of a massive show at The Getty.) 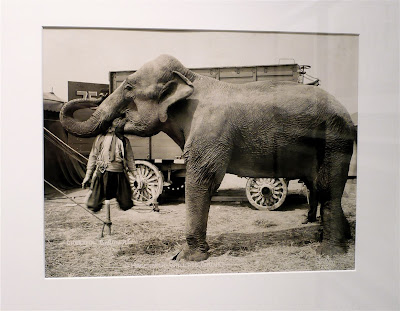 This picture, at Keith DeLellis, produced the greatest visceral reaction. It's one of many Edward Kelty circus pictures from the 1930s in the booth. Be sure to click on the picture to enlarge! 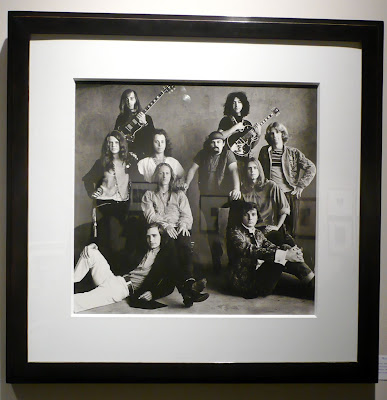 A 1967 Irving Penn portrait of Janis Joplin and Big Brother along with The Grateful Dead. 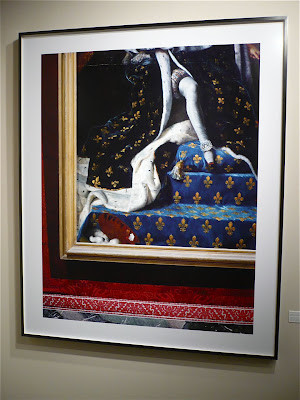 I see that Robert Polidori has been copying Tim Davis' and my ideas about photographing parts of paintings. 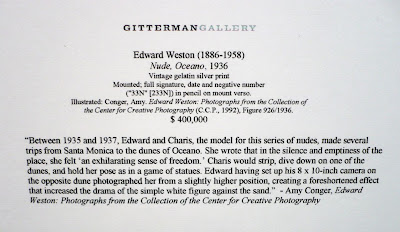 This was probably the most expensive, important, and stunning print in the show. However, several hours earlier another Weston nude fetched a new world record going for $1,609,000 at Sotheby's. So consider this a bargain. (At Gitterman.) 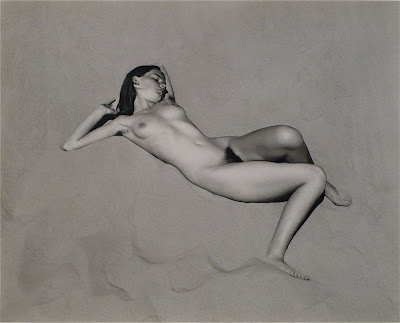 So, is black and white photography coming back around?

What beach is she on?

Edward Weston took both his famous dune shots and his nudes of Charis Weston at the Oceano Dunes in San Luis Obispo County, California, United States.