Antony and the Johnsons performing on David Letterman.

This Thanksgiving Holiday I can’t think of a more appropriate song title than Antony and The Johnsons “Thank you for your love”. I’ve been vaguely aware of the band’s songs for a while as well as their indie critical reputation but seeing Antony Hegarty perform on Letterman a few weeks ago showed me what all the fuss was about.

The song is simply about the power of love to rescue you from pain. But in a time of as much global and national distress as we’re in now, this message shouldn’t ever be considered trite or sappy.

It’s a tradition in our family for each member to make a toast at Thanksgiving dinner saying what they have to give thanks for. But this year I would like to make a toast for the blog:

Thank you to the many readers who e-mail or come up to me out of the blue to say how much they enjoy The Year in Pictures. Thank you to the photographers whose work inspires all of us. (I know the pace of my postings has slowed down after nearly three years and over a million visits but I’ll continue to keep posting anything that seems noteworthy.) Thank you to my staff (past and present) whose professionalism and positive attitude make the gallery such a happy place. Thank you to our clients who appreciate all that the gallery stands for. Thank you to my friends - especially to the ones who love to talk about photography! Thank you to my running partners (about whom more later). And finally thank you to my children Julian and Josie and my wife Lucy for their love and for the way they put at least 110 percent into everything they do.

If there’s one miracle this Thanksgiving, it’s that this past July one of my running partners was biking in Central Park when a dog ran out in front of her causing her to flip onto her head, break her pelvis, and have a quarter of her skull removed in order to allow her brain not to compress. She was in hospital for nearly for a month and came out a little wobbly but exactly the same bright and cheerful person she was before the accident. Yesterday, along with our other running partner, we ran a full loop around the reservoir. And if that wasn’t enough another friend who had been in a coma for two weeks woke up on Monday!

Light is coming out of the darkness. Life is beginning to imitate Avatar. Happy Thanksgiving!

Antony and the Johnsons official video 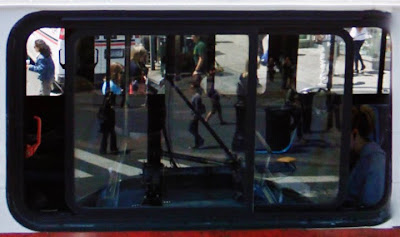 Across the road from us is an excellent new show at Bruce Silverstein. Covering four bodies of work by the photographer Michael Wolf, all dealing with the modern urban condition, the heart of the show is comprised of a series of large blow-ups of images Wolf has taken from Google’s “Street View”.

For those not up to speed on Google’s latest good/evil technology, "Street View" is a feature in Google Maps and Google Earth that provides panoramic views from various positions along many streets in the world. It was launched in 2007 in several cities in the United States, and has since expanded to include cities and rural areas worldwide. Google "Street View" displays images taken from a fleet of specially adapted cars. On each of these vehicles there are nine directional cameras for 360° views, GPS units for positioning, and three laser range scanners for the measuring of up to 150 feet and 180° in the front of the vehicle.

Due to an initial outpouring of privacy concerns, in 2008, Google announced that it was testing face-blurring technology on its photos of the busy streets of Manhattan. This technology uses a computer algorithm to search Google's image database for faces and blurs them. Sadly, if you visit "Street View" today you will find it much in evidence.

A quick search will also find the web full of sites where someone has scoured "Street View" for scenes a little less aesthetic and artful than Wolf - at least that's how I see it. And like Gursky's "Oceans", it's who sees the art in the everyday first that counts. But to test this theory, below you'll see four more pictures by Michael Wolf and three images from random websites having fun with "Street View". See if you can tell which are which. Answers to follow in a couple of days. 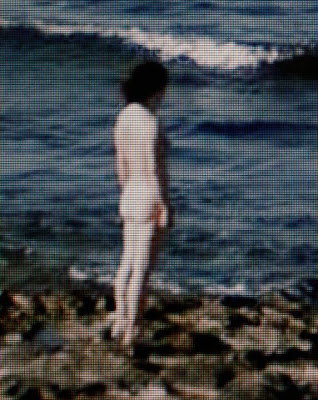 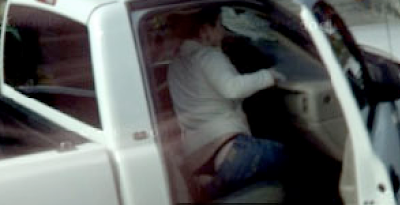 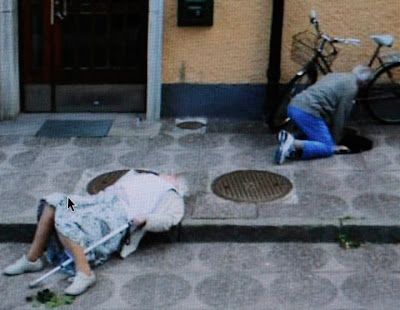 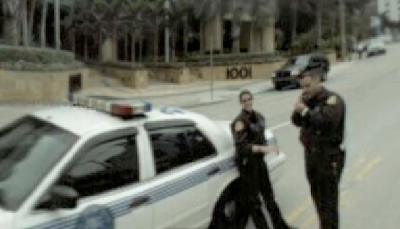 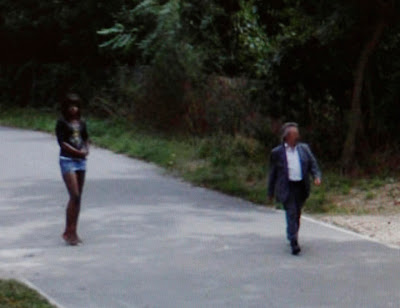 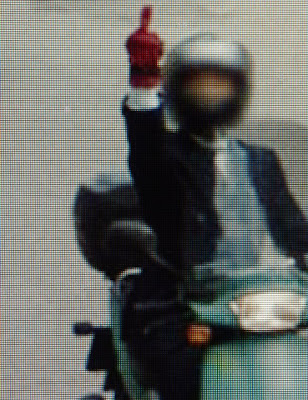 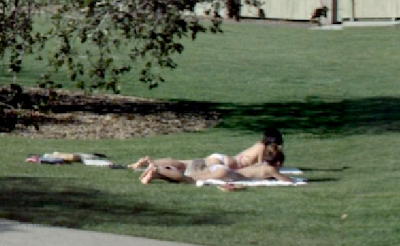 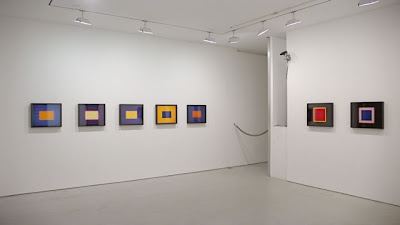 It’s never easy to write about abstract photography – the impact is in the seeing. However, if the response of the viewers who have come into the gallery over the last week is anything to go by, our just opened show of new work by Garry Fabian Miller is having quite an impact. (And it’s up until December 23, so there’s plenty of time to see it.)

GFM (as we’ll refer to him from now on) is another of the artists in the Victoria and Albert’s “Shadow Catchers” show, but he has been a presence on the English art scene for quite a while. Highly intellectual and somewhat reclusive, GFM prefers to work in the relative isolation of his studio near the rocky tors of Dartmoor where his daily walks inform his sequential experiments shining light through various forms and vessels onto to cibachrome paper. Picking up where abstract painters like Albers, Rothko, and Judd left off, GFM is the rare photographer whose abstract work is created rather than observed. Added rather than reduced. Bringing the elements of light and time to photographic paper, GFM’s prints glow and shimmer in a way that only be achieved in the darkroom.

GFM’s earliest work explored the abstract possibilities of landscape in a more traditional way. His minimal sky and seascapes of 1976 in fact pre-date similar work by Hiroshi Sugimoto by several years. Following that, GFM created a beautiful and now very rare botanical series made by shining enlarger light through various translucent plants. From then on, the work became increasingly abstract and exclusively camera-less. But as Martin Barnes, curator of the V&A’s show points out, unlike most photograms, in GFM’s work, no objects touch the paper. It’s only light.

Our exhibition focuses largely on the recently created body of work titled "Year Two". Following the form of a previous body of work titled "Year One", GFM devoted himself to making 12 different monthly series, each exploring how individual elements such as color, edge, and border affect a specific geometric composition. At the end of the year, he selected the ten images from each month that worked best as a complete chapter. Taken as an autonomous body of work, we have not only a highly personal and rigorous exploration of color and shape, but also the thought and association such forms bring forth.

I’ve illustrated this post with installation shots, because in some way, it feels like less of a reduction than a j-peg of an individual piece, and it conveys something of the constant experimentation that is the core of GFM’s work. (But if you must see the individual pieces click here.) 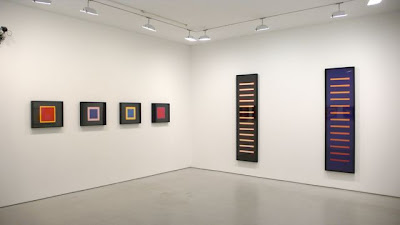 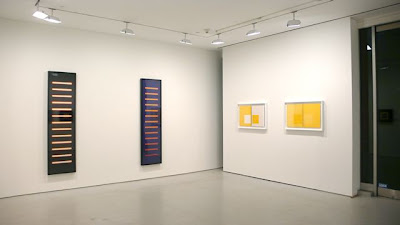 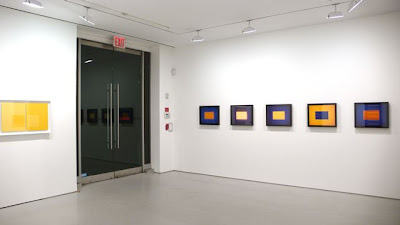