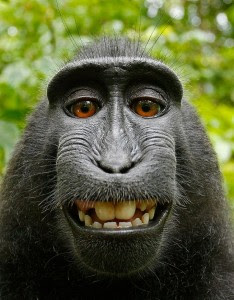 If MoMA was really looking to break ground in their upcoming "New Photography" series, they couldn't do much better than this amazing self-portrait taken by an un-named Indonesian macaque. I'm pretty sure he hasn't exhibited before.

David J. Slater, a British wildlife photographer, was shooting in one of Indonesia's national parks when the black-crested macaque snatched his camera equipment and became enthralled with the reflection in the camera lens. Slater shoots wildlife with a Canon EOS 5D Mark II so his DSLR lens was large enough for a clear reflection.

The macaque shot a couple hundred pictures before Slater was able to recover the equipment. And while many of the shots were out of focus, the majority of the pictures showed the monkeys showing off their teeth as it’s likely the first time they had seen their reflections. Slater said that the group of monkeys was initially frightened by the clicking sounds of the camera, but they all eventually returned to check out the gear.

The image above is actually a cropped version of the full frame below, but I like the directness of this version, the tension between the caricature of a smile and the sadness of the eyes, and the blunt geometry of the composition. Inadvertent or not, I'd still rank it as one of the most powerful and moving photographic self-portraits I've seen. 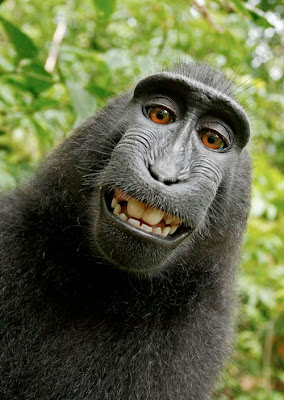 While we're in the Hamptons doing the Art Hamptons art fair (this Thursday through Sunday), a little video showing that our Kate has lost neither her good looks or her sense of humor!

And if any one would like to visit the art fair (it's in Bridgehampton) here's a link to get you a free pass for two: click here. 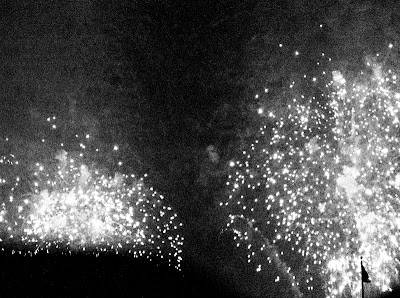 We all take firework pictures but not many as successful as those by Pierre LeHors, a young American (in spite of the name) photographer I was introduced to by David Strettel of Dashwood Books.

I was looking for some unusual pictures for a client's summer house and Strettel pointed out LeHors' book "Firework Studies".

As LeHors says in his artist's statement, "By constraining nearly all tonal values to stark blacks and pure whites, the trails, explosions and clouds of debris are reduced to a series of simple repeated formal elements: arced lines, spherical bursts, and randomly dispersed particles. i made no effort to limit digital artifacts resulting from pushing the image files past their conventional range; the resulting noise becomes hard to distinguish from the texture of the fireworks themselves."

We ended up selecting a group of 8 to hang in a grid, but rather than print them photographically LeHors chose to make silkscreens of each image thereby pushing the tonal values and painterly qualities even further. Anyway, it worked out really well and if you're interested, the book can be purchased at Dashwood. Just click here. 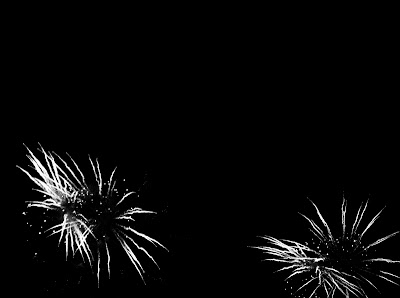 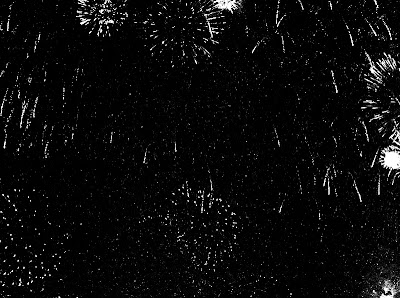 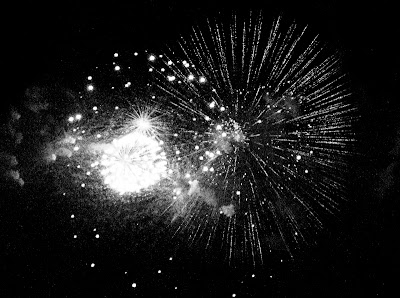