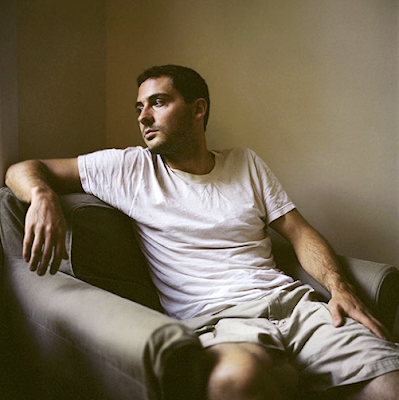 Kate Hutchinson (whose work I was alerted to by Joerg Colberg) is a Montreal based photographer who has done something quite simple but revolutionary. In her series, “Why am I marrying him?” she has turned the camera on her fiancé with an affectionate, but objectifying view that one sees frequently in men’s pictures of women, but rarely the reverse. She could have tweaked it by making it the simple declarative “Why I am marrying him.” (which I think is what she’s saying with her pictures) but the question is both provocative and sane.

The pictures intrigued me and so I e-mailed Ms. Hutchinson to ask a few biographical details, largely to do with the identity and reaction of her fiancé to the pictures and the status of their marriage plans. I received this reply:

Thank you for your interest in my work. Encouragement from strangers is always a bonus in this life.

I have been thinking about your questions this weekend and have been trying to understand why I didn't feel that I should answer them. First off I think that it is a great sign that you are interested in these personal details. The pictures and the character represented in them must intrigue you and leave you wanting to know more. Perhaps you feel that if you knew this person's vital statistics you would gain insight into why they act the way they do.

But that is not the purpose of this work. This is not a documentary project about a certain person. In fact it definitely would have to be disqualified from the documentary category since most of the images were directed. If it were a documentary then it would make perfect sense for all the facts about the person and the situations that he is in be made known to the viewer. Instead this project is meant to be the sketch of a personality. It is meant to shine a light on the typical early 30s North American white male, and how he interacts with the world around him. Many of my photos deal with this crucial juncture in a man's life, where he is still trying to find his way in life and is not yet ready to let go of his younger ways. A bit of a coming of age. Therefore, in my mind, to say: this is Chris who does such and such a job, takes away from the work's ability to stand in for every man. As well, I wish to leave the viewer wanting more. I want them, like you, to be intrigued by this character. I hope that this intrigue will lead them to create their own fictionalized story about the character in the photos. Then they can then make it their own and relate it to their lives and the people that they know.

Lastly I would like to stress the importance of this work's being made up of many portraits of the same person. To me the single portrait can be a very useful document of the sitter and can give us insight into one aspect of their personality; but I do not feel that it can come anywhere close to telling us about who they really are. Every person has many different personalities and ways of being. To even come close to showing these different elements, a photographer must study the sitter and follow them for a long period of time, capturing their different ways of being, and landscapes in which they live, along the way. For me, when trying to work in this way, it only makes sense that only those that are closest to me and that I am with on a daily basis are my chosen subjects.

Never one to let things rest so easily, I responded:

Thank you for your reply, which I completely respect. Given the title I still think the question of when (as opposed to why) is relevant.

Harry Callahan's pictures of Eleanor, to which I'm happy to relate your pictures, are not diminished by any biographical facts.

We are getting married in May and have been together 7 years, if that helps. I do hope to continue this project after the wedding though. I think that I will always be photographing Chris and trying to understand him better so I don't really see the wedding as an end date. I love the Eleanor series and am completely flattered that you would relate the two.

It’s nice when people can articulate so clearly what they think about their pictures. And congratulations and every best wish to Kate and Chris! 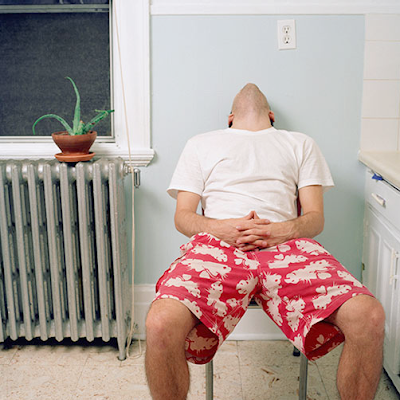 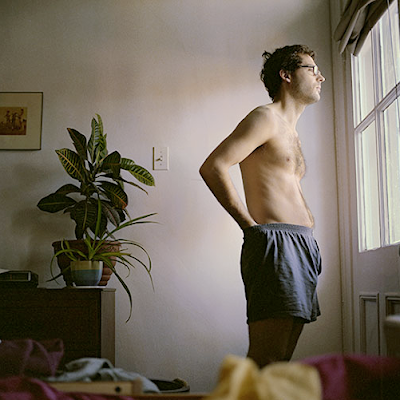 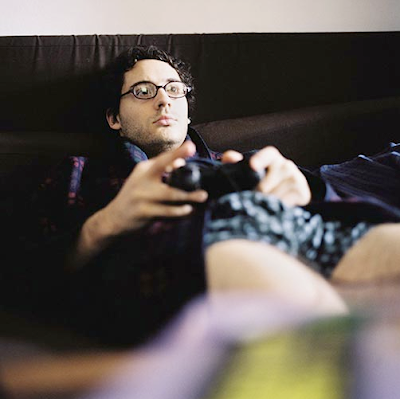 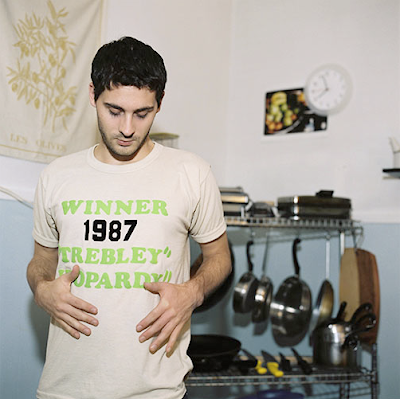 I think Kate's series 'Irish Grandmother' is also really quite beautiful. She instigated a 'print swap' with me recently from this series for one of my own images and I couldn't be happier to own one of her prints. What a great email thread about her work and thoughts- thanks for posting it!

There seems to be a disconnect between not disclosing details because she wants him to represent "every man" and her statement about multiple portraits being the key to discovering the essence of the individual.

thanks so much for posting this... i am so intrigued and fascinated...and inspired:)

John,
I see what you are saying and these thoughts are not yet fully formed so perhaps I have not explained my ideas clearly. Basically I see this project as the sketch of a personality, but a layered and complex personality which I feel is only truly attainable through multiple portraits,
Kate.

inspiring and well put together project

it's quite a nice coincidence as recently I stumbled upon a site: "the ones we love" the idea is indeed beautiful :)

I think it's always useful to experiment with looking at sets of images like this *outside* their verbal or biographical context. How would we feel about them if the project were untitled? If the project were titled a salubrious version of "Ongoing Portrait of the North American Male"? If we knew (or suspected) that the subject were *not* a fiancé but a model?

I wonder if one should try to have one's cake and eat it too? Meaning, is this a personal statement that answers the title question or is it a sociological exploration of a 'type'? About an individual or a class? Is it a collective portrait of a subject or of a photographer?

Words and pictures? Always a dynamic combination that will increase, rather than decrease ambiguity. And be noticed.

Absolutely touching. So personal and yet she is sharing with us. Beautiful.

Words and pictures may be a dynamic combination, edN -- but not always. I do not intend this to be a personal attack on Kate and her work at all, but surely I wasn't the only person to be offended by this statement:

"It is meant to shine a light on the typical early 30s North American white male, and how he interacts with the world around him."

Sketch of a personality - yes.
Typical early 30s North American white male - no. Not even close.
(Typical? What the hell is "typical"?)

This is precisely why I cannot stand hearing any sort of artist "justify" or "explain" their work! Kate's fiance is not a typical early 30s North American white male. He is himself. He is representative of himself.

Kate's work is stunning - on its own. But hearing (reading) her explain it... ugh. This is why I grimaced through my art history classes and eventually dropped out of my hands on photo classes - I couldn't stand hearing the instructor TELL us what a photo meant.

I cannot be the only one who dismisses artist's statements as bunk. Kate is a photographer, and a damn fine one at that. Let the photos do the explaining. Keep the words far, far away.