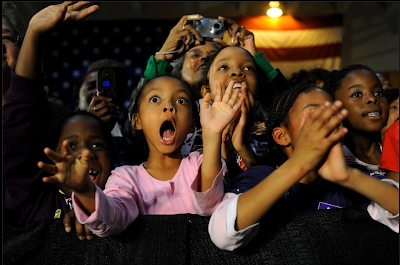 From the Obama Campaign, 2008. Photo by Scout Tufankjian.

I had meant to write about the photographer Scout Tufankjian a while ago after seeing her interviewed on CNN. Scout is a New York based photojournalist who I feel produced some of the best coverage of the Obama campaign. While we have never met, she particularly endeared herself to me when she publicly acknowledged the influence of Paul Fusco’s RFK Funeral Train pictures on some similar pictures she had taken. But as you’ll see on her website, which generously shares hundreds of pictures, she’s got an eye of her own and the skill to capture the moment over and over again.

I was looking at her website recently and came across this wonderful picture of a young Obama supporter – a great photograph on its own, but a remarkable echo of Alfred Eisenstadt’s famous shot from 1963 of children at a puppet theater in Paris. Entirely accidental, of course, which is the only kind of photo echo worth noting. 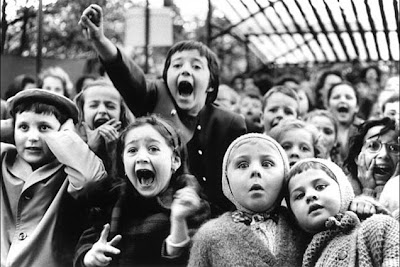 Children Watching St. George Slay the Dragon at the Puppet Theater in the Tuileries, Paris, 1963. Photo by Alfred Eisenstaedt.

I'm posting quite a few of my favorite pictures below, but do take the time to visit Scout’s website to see more pictures. I can guarantee you it’s worth it. (For those still interested in the tilt-shift debate, I have a feeling some post-production was done on some of the pictures to focus the eye on what the photographer is interested in you seeing clearly, but I think this was done well and effectively.)

There are no specific captions on Scout's website, but the pictures descend chronologically from Iowa to Inauguration. 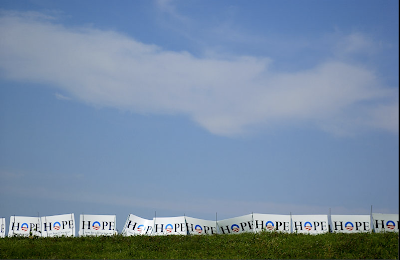 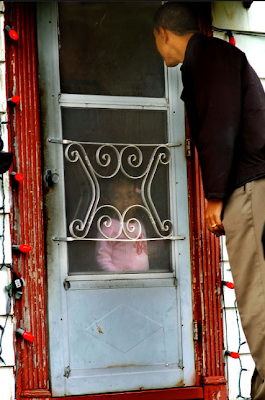 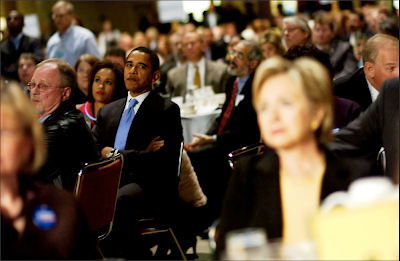 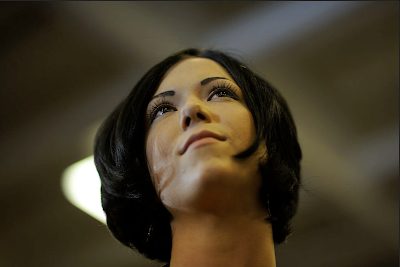 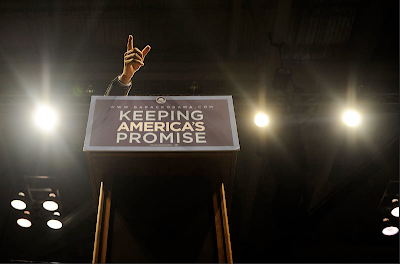 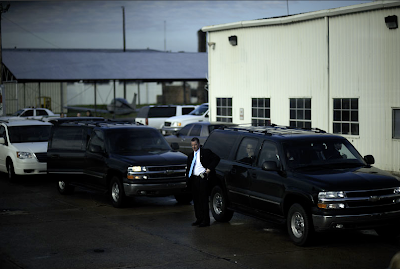 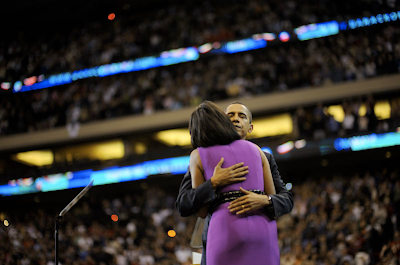 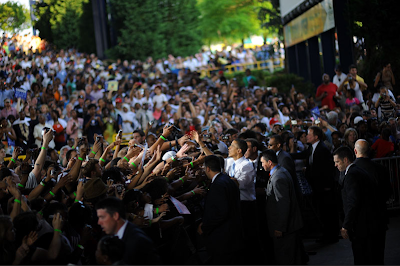 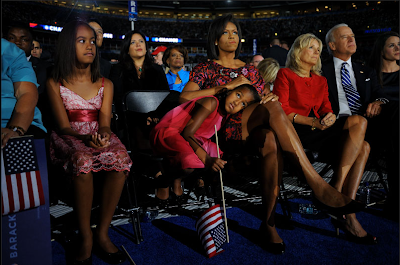 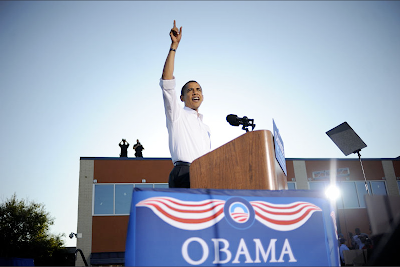 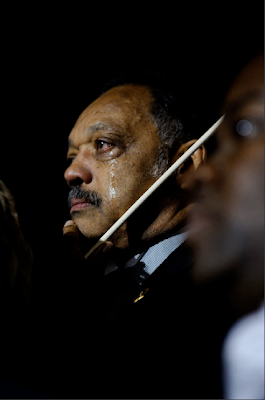 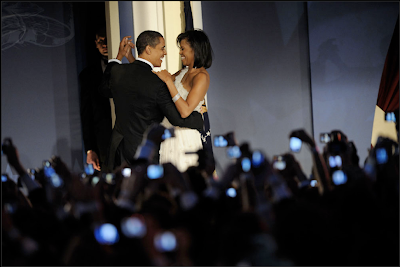 Posted by The Year in Pictures at 6:33 AM

Absolutely breathtaking. Thanks for the tip. I hope the photos will appear in a book. I'd buy it, in spite of the fact that I'm determinedly difital.

I should have mentioned there is a book. Her website links to it.

Here is a link to the Danish Press Photo Award "news" winner, sort of along the same theme.

Thanks for posting this. After being bombarded with thousands of cliche campaign photos it's great to see this fresh viewpoint. I was beginning to think every possible political photo had already been taken.

i never grow tired of obama election photos-- thanks for sharing these-i echo martin and am forwarding this post to friends.

The Jessee Jackson photo just kills me. It's bittersweet. He applied for the job too. So many hopes and dreams and so much healing is conveyed through these photos. A lot of joy too. It's powerful.

What an amazing job, and what amazing pictures.

Well, technically, she looks like Mary Badham, but still...


She does nice work, too.

I have loved following Callie Shell ever since I read about her here, on your blog. Now I have another to follow.

By the way, you got a mention on my blog, when I was blogging about the lack of comments I'm seeing these days. (http://occasionalpiece.blogspot.com/ if you are interested.)