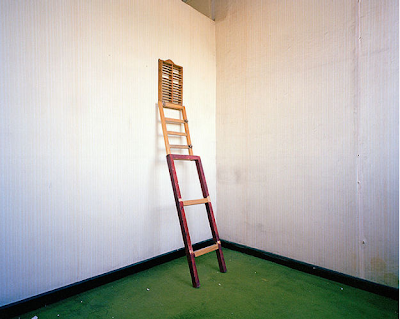 It's always exciting when one of the photographers you represent gets a major award, and I'm proud to share the news that Alejandra Laviada has been named the winner of this year's Descrubimiento Award - the star prize at PhotoEspana. According to the official press release:

Her 'photo sculptures', using ordinary objects that she rearranges in the places she finds them, fits this year's festival theme - 'the everyday' - perfectly.

Her work will now be shown at next year's festival.

She was selected from more than 1000 entries submitted, the best of which took part in portfolio reviews organised by the festival in Mexico City, Lima and Madrid. The jury included Susan Kismaric, curator in the photography department at MoMA in New York; Colette Olof, curator at Foam Fotografiemuseum in Amsterdam; and Lesley Martin, executive editor at Aperture Foundation in New York.

So congratulations to Ms. Laviada, who is clearly headed for international stardom. And here are a few more pictures from her series - "Juarez 56". 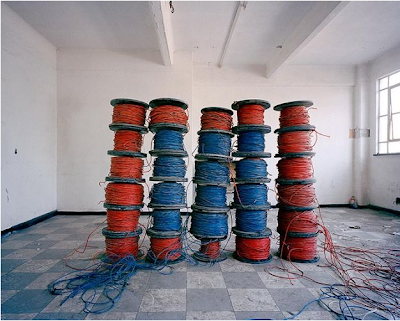 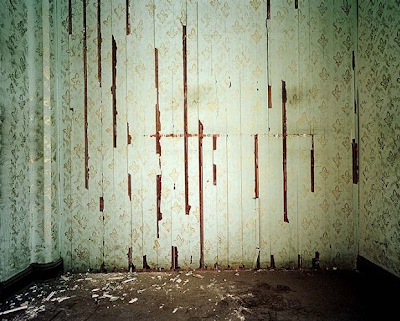 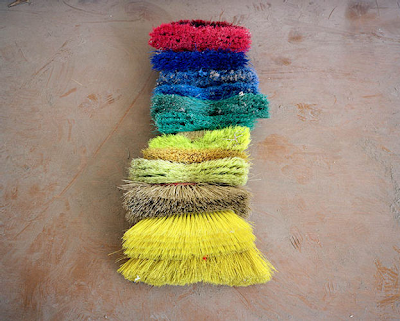 Congratulations! Great photos. I love the concept and the results are beautiful.

congratulations! i love her work--truly an original artist.

These images are both boring and contrived. A twofer!

Criticism under your own name opens up discussion. Hiding as "anonymous" is just trolling.

nothing wrong with Anonymous posting except when its dumb and reeks with jealousy. Her images are quite cool, beautiful and they smartly turn what could have been a straight and boring documentary of out trash culture into an intervention between this documentary and our ideas about sculpture, photography and art.

Congratulations, though I still think that her picture look very much like a colour version of Peter Fischli and David Weiss Equilibrium series. Anyone shares this view?

i agree with the previous comment. as soon as i saw alejandras work i immediatley had images of fischli & weiss in my head. some very nice photographs

great works, she will one of the upcoming photographers to look for, it must be a privilege to be the winner especially considering the jurors who awarded her, they are among the best in the photography art world, I am sure they see a lot of works on a daily basis and Laviada's work impressed them.