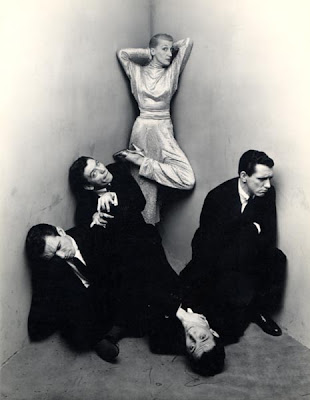 Irving Penn – the surviving half of the pair of colossi who straddled the worlds of fine art and editorial photography for over half a century and whose influence remains undiminished turns 92 today. (The other half was of course Richard Avedon.) Like Ali and Frazier, Olivier and Gielgud, Federer and Nadal, Adam Lambert and Kris Allen, the counterpoint and implicit rivalry of two such great artists only served to elevate their accomplishments. Avedon was the id, the puncher, the provocateur. Penn was the ego, the counter-puncher, the sly fox.

There are so many different and intriguing bodies of work within each man’s oeuvre it’s hard to see how any single photographer could approach that range and innovation today. (The challenge for today's photographers is of course that the climb gets steeper, the innovative possibilities narrower, as the progression of art history marches on.)

Anyway, as just one example of Penn's unusual creativity and to honor his birthday, here are a selection of his “corner” portraits - a series of pictures made in the late 1940s and 1950s after Penn had the simple idea of placing two background flats together to form a corner into which his subject was asked to enter. It was, said Penn, a means of closing people in. “Some people felt secure in this spot, some felt trapped. Their reaction made them quickly available to the camera." he explained. As you can see, it became a visual Rorschach forcing the subject to wittingly or unwittingly reveal something inside of themselves by the way they reacted to their unexpected confinement. The variety of response and the permutations of composition are as broad and unexpected as the myriad facets of human nature. 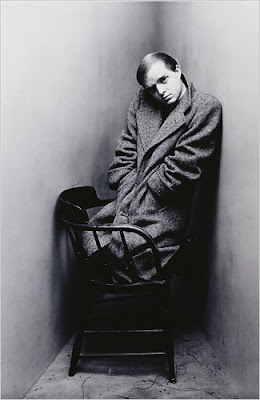 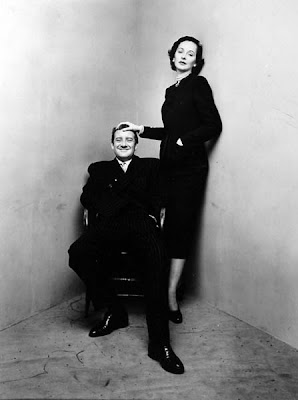 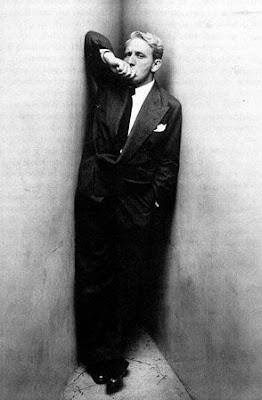 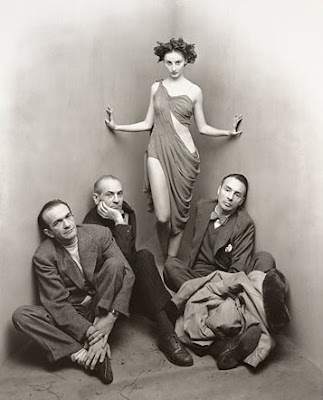 Granted, the possibilities of my own life may be narrowing somewhat as well, but I look forward to reading this blog's new posts, and I'm dissapointed when there isn't one. Thank you for another interesting post.

Strong pictures, specially the first one.

i love the capote portrait. he is revealed.

i love avedon, but irving penn was the finer artist.

Penn's use of that corner is brilliant -- it really brings out something fresh from his subjects. I wonder if Mark Seliger took inspiration from Penn when Seliger shot people in his stairwell?

I also think Arnold Newman was one of the great portraitists, if not quite at the same level as Penn and Avedon.

This is genius! and the results are fabulous.

Hello,
Did you see the Penn show at the Morgan last year?
By the way, I love your blog and look forward to reading it daily. I feel as if I were back in art school again with a favorite professor [sigh]. Thank you!

Happy birthday, Mr Penn; what a great photographer you are. The Marcel Duchamp corner portrait is another excellent one.