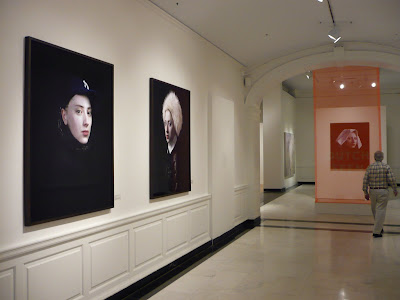 I had been looking forward to the exhibition “Dutch Seen” at the Museum of The City of New York since I first heard about it. The show celebrates the 400th anniversary of the Dutch arrival in Manhattan by featuring the work of 15 contemporary Dutch photographers, and the hook is that these photographers have all created work about New York – most of it done expressly for the show.

Curated by Kathy Ryan, The New York Times Magazine’s always brilliant Director of Photography, and under the auspices of FOAM (Photo Museum of Amsterdam), the show promised to be a strong and original one, but what impressed me most was the clarity of the concept and cleanness of the layout. It’s refreshing to come into a show that’s simply laid out with one interesting body of work after another.

The Museum of The City of New York can be a tricky space but the north ground floor gallery has been opened up so that it’s just a wooden floor, white walls, and the pictures. The only design flourish is the simplest use of orange construction webbing (as you can see in the picture above) used sparingly to float the exhibition title in the entrance to the main gallery and elsewhere as punctuation. Anyway, it’s one of the shows not to be missed this summer and it runs through September 13.

One of the highlights of the show is a series of portraits by Hendrik Kerstens of his daughter with a series of New York related objects on her head. She’s always had a remarkable Dutch Old Master face which her father has taken full advantage of, but here he plays with us by using things like a napkin and a plastic bag as well as a Yankee cap, to go back and forth between modern and classic, past and present. 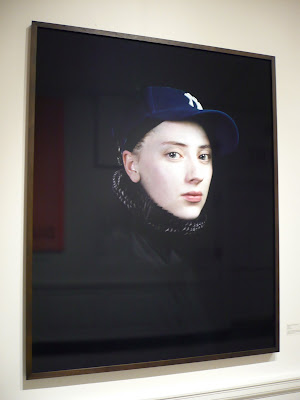 Other highlights include a small series of landscapes by Misha De Ridder (below) who set out in search of "the qualities that made New York such an ideal place to settle 400 years ago". 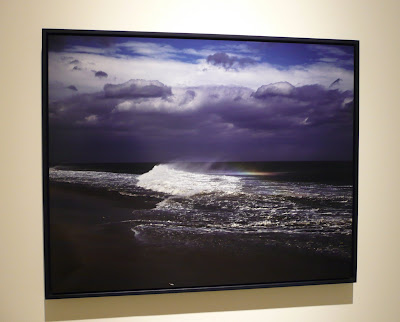 Danielle van Ark set about photographing more than a hundred art openings as a way of observing a particular social structure in the city. That's Chuck Close and Peter MacGill chatting it up below with someone I presume is a collector or patron. 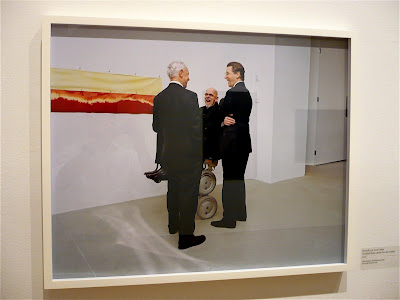 Inez Van Lamsweerde and Vinoodh Matadin weigh in with a grid of famous people illustrating the beauty and star power of the city. That's Shalom Harlow below. 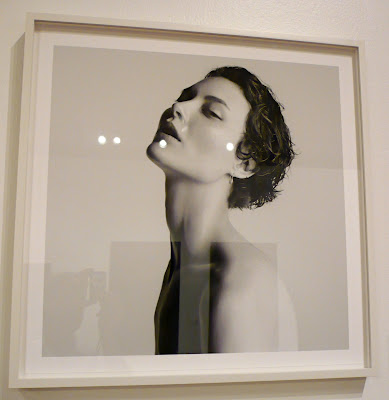 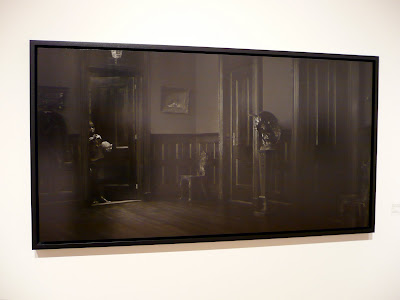 Rineke Dijkstra - described on the wall as "the matriarch of today's generation of Dutch photography" is included with a group of her early 90s portraits of Coney Island bathers. It's a testament to the quality of the work that they seem as fresh as though they were just taken. 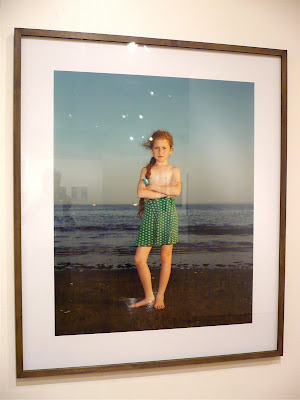 Charlotte Dumas - another interesting pick - has concentrated on photographing animals in a unique style that's part documentary, part conceptual. For her New York project, she chose to photograph some of the stray pit bull and pit bull mixes found in so many New York shelters. An interesting and astute metaphor for New Yorkers! 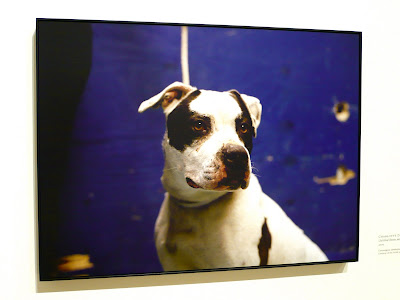 Hellen van Meene, meanwhile, continues her study of adolescent girls but these are her first pictures of American subjects. 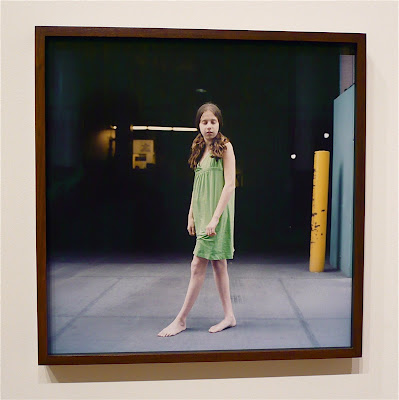 Lastly, Wijnanda Deroo looks at New York through it's many and varied restaurants - from Papaya Kings to The Tavern on the Green. Her colorful interiors from what has to be the eating out capital of the world again serve as fitting metaphor for the city's energy and diversity. 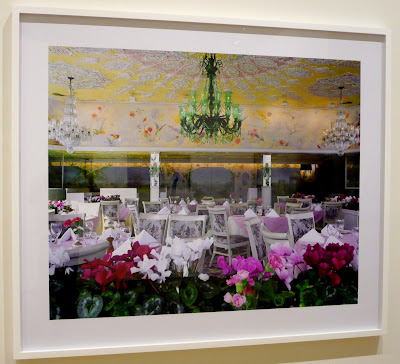 Posted by The Year in Pictures at 6:44 PM

Wow! This looks like such an interesting exhibition. I will have to add it to my "must see" list for the summer. Thanks for yet another fantastic post!

Looks like a great exhibition. I really liked your overview of it - perfect for those of us who aren't in NY! Thanks.

Thanks for the review. These are not Hellen van Meene's first picture made in the US though. In 2007 she traveled through Florida and Louisiana. You can see examples of photos made during that trip here, here and here.

What a neat post. I love the portrait by Hendrik Kerstens of his daughter. You described it perfectly.

I have seen Hendrik Kerstens portraits, and they are very beautiful. I do wish we had more shows like this in London. I like the scale of the show and the fact that much of it is pertinant to the location.