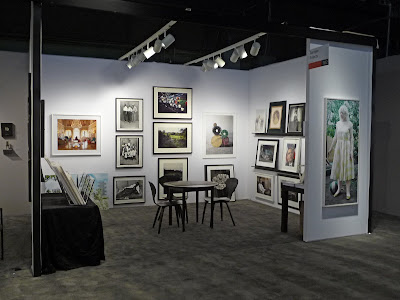 The 29th annual AIPAD Photography show got off to a rollicking start last night with one of the best looking amalgam of booths ever. Modesty aside, I'll start with pictures of my own booth (above and below) and then move on to a highly subjective selection of some of the pictures that grabbed my attention from other dealers. With four aisles of about twenty booths each, I'm going to parse out my picks over the next few days starting with Aisle 1 today and ending up with Aisle 4 on Sunday, the last day of the fair. Again, if you're any where near NYC, this is one of the highlights of the photography year so try to make it and be sure to say hello. 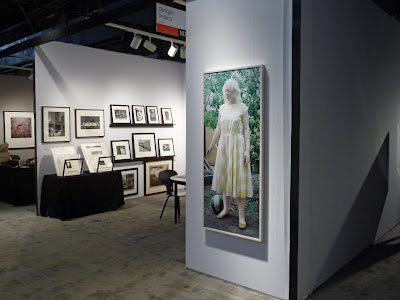 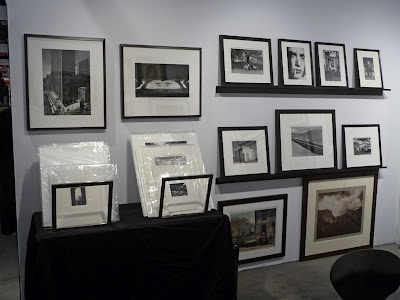 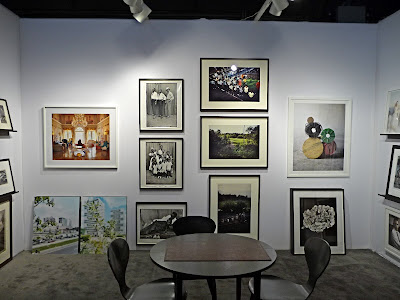 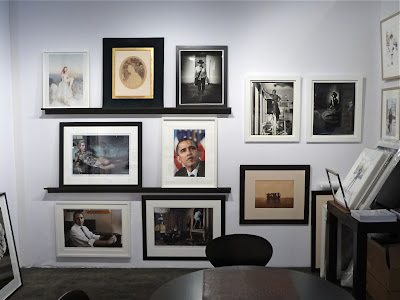 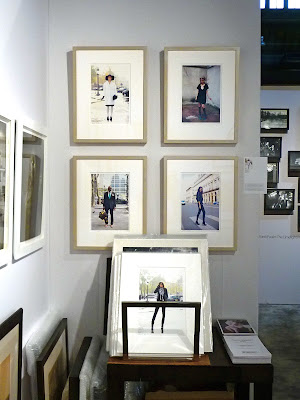 Exhibitors were asked to select one photographer from their booth as an "Innovator" in the medium. I chose The Sartorialist. 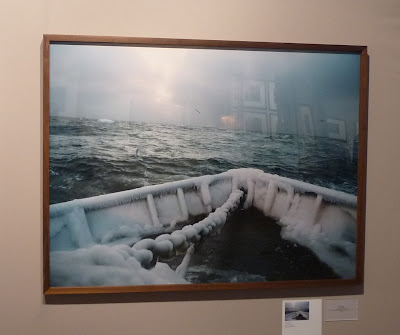 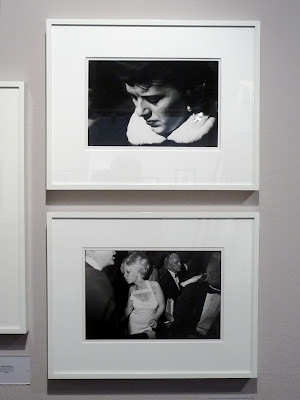 Also at Hartman, a smart pairing of Harry Callahan and Garry Winogrand. 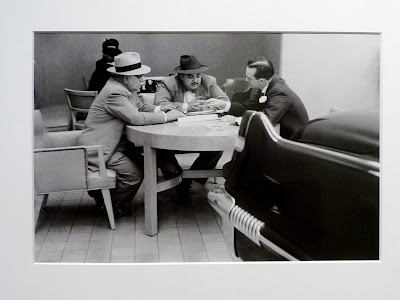 At Joel Soroka, a Mamet worthy Robert Frank from his rarely seen 1955 series on Cadillac salesmen. 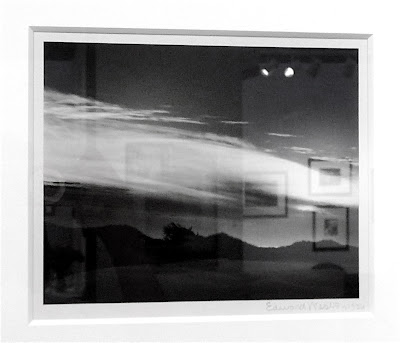 At William Schaeffer, an unusual Weston dune from 1936. 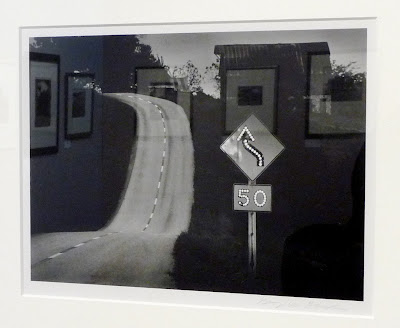 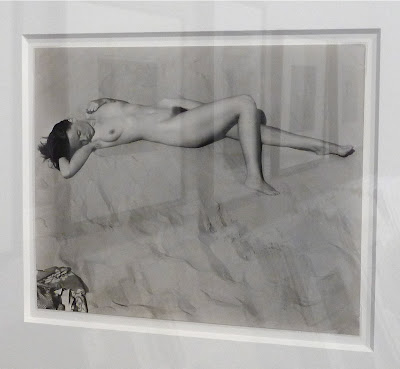 Also at Hertzman, a rare variant from Edward Weston's seminal "Nude on the Dune" series. 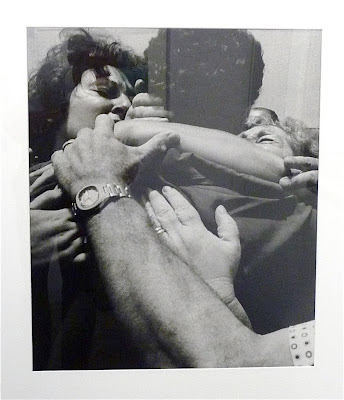 At Andrea Meislin, this emotional photograph by Micha Bar-Am of hostages hugging the Israeli paratroopers who successfully freed them from the hijacked plane at Entebbe Airport in 1976. 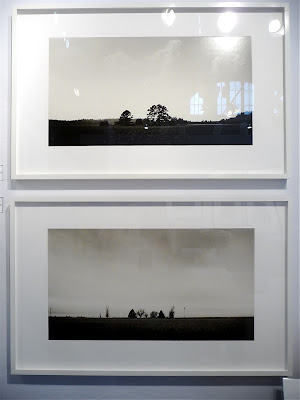 At Joseph Bellows this pair of midwestern landscapes by John Priola. 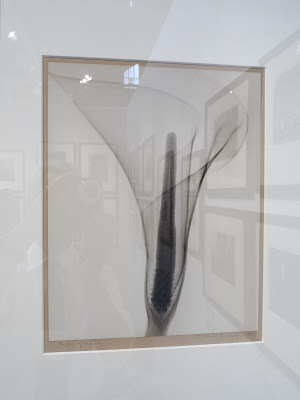 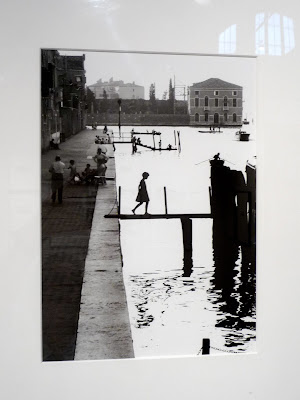 At Hyperion Press, this sweet silhouetted shot of Venice by Willy Ronis. 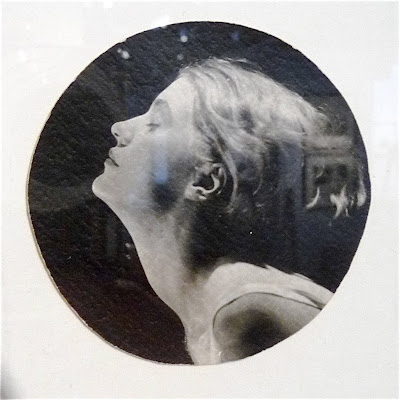 And a fabulous tiny circular gem by Man Ray of the greatest profile of all times - Lee Miller!

And another tiny print -this one by Jacques Henri Lartigue. 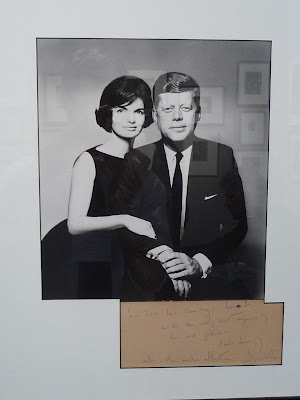 At Scott Nichols, An Avedon of Jack and Jackie Kennedy signed by everyone! 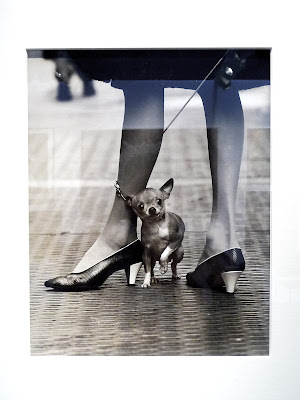 At Janet Sirmon, a fun fashion photo for LIFE Magazine by Yale Joel. I need to see whether it predates Elliott Erwitt's more famous similar pictures. 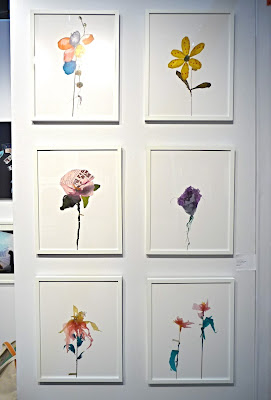 At Miller Block Gallery, a group titled "Consumer Garden", pictures of flowers made from recycled material. 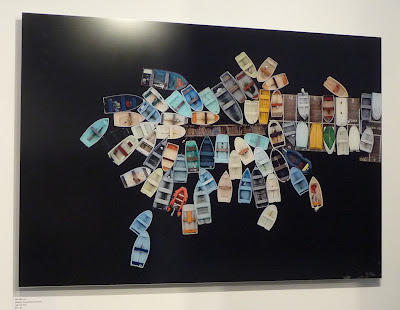 And last but not least, one of several aerial photographs sprinkled around the show - "Dinghies Clustered Around Dock" by Alex MacClean.

You really make me wish I could be in New York.

Man, these are excellent! I'm on the west coast and can't make it in person, so thanks so much for posting these. I want to buy them all...especially the Weston nude in the dunes.

Thanks so much for the AIPAD overview!

I used to work at ICP and one of the treats of the job was getting to leave work early on the Friday of the AIPAD show to head over to get my fill of the great variety of photographs on display there.

I haven't been able to get over there for the past few years and really miss it. At least I can live vicariously through your photo tour of the booths!

thank you so much for posting this!! I am a photographer (hobby, passion) so these interest me a lot. Of this lot, I like the Dinghies Cluster Around Dock and the silhouetted shot of Venice as standouts. All of them are amazing though!

Thanks for the viewing, love the Irving Penn & the Monroe pherenome