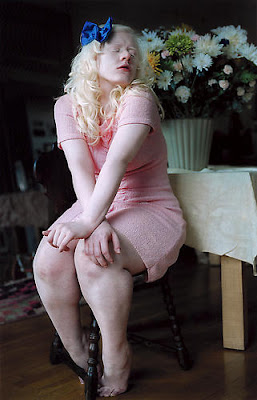 I first met Tanyth Berkeley in 1997 when she was working as an intern to Sheila Metzner who I represented at the time. The Metzner Studio was always a fun place to visit – imbued with Sheila’s zen spirit and good humor – but I never really knew Tanyth in any way other than as Sheila’s assistant.

Fast forward to 2005 and I was passing by Bellwether Gallery on 10th Avenue and saw that Tanyth Berkeley was about to have her first solo show opening that night. I went in to get a sneak preview and was literally stunned by how good the work was. The show was called “Love Parade” and consisted of a room lined with portraits of unusual looking young women Berkeley had met and persuaded to pose for her outdoors in city parks. She called her subjects "Orchidaceae" and the photo-
graphs looked at these women as rare blooms - inviting the viewer to ponder their own response while questioning traditional notions of beauty.

Berkeley's unique style combined both painterly effect and photographic clarity in new and distinctive ways. Influenced by artists from Toulouse-Lautrec and Egon Schiele to Diane Arbus - the work signaled the arrival of an original and wholly contemporary new vision, and was recognized as such when the Museum of Modern Art selected Berkeley for their "New Photography" show in 2007.

While Berkeley moved on to various other subjects – she continued to regularly photograph one of her original "orchids", Grace Longoria, a striking albino of Mexican descent who Berkeley once described as "a combination of Marilyn Monroe and the moon". Their initial chance encounter set the stage for an ongoing relationship which has now lasted seven years. It occurred to me a while ago that this might make for a strong and original show.

I put the idea to Tanyth and Bellwether’s owner, Becky Smith, and everyone was eager to do it. By a happy coincidence, it is also the inaugural exhibition of my new space at 534 West 24th Street. So, again, please try to see the show and if you’re anywhere near please come to the opening on Friday, March 13, 6 – 8 p.m. where you’ll get to meet Tanyth and Grace and see the new gallery.

For people not used to working with the photographers, their articulateness can sometimes be surprising, so I’ll end with what I thought was a lovely thing Tanyth had to say about Grace – that she saw her “as a symbol of the infinite and unique possibilities of the natural world”. 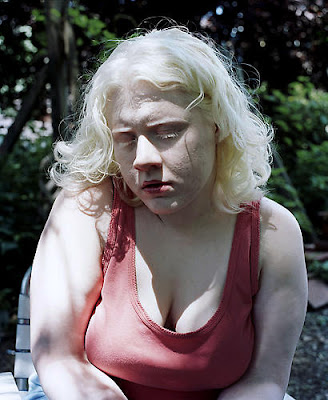 From Berkeley's first shoot with Grace in 2004. 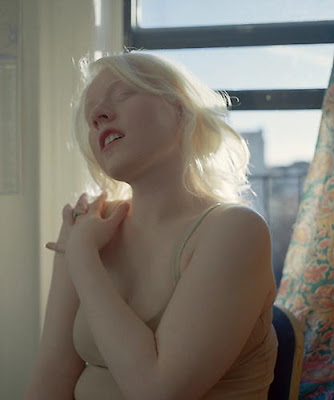 One of the photographs exhibited at MoMA. 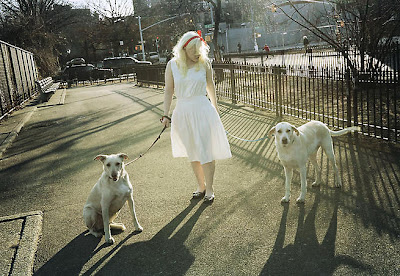 One of the most recent photographs taken less than a month ago.

Stunning and touching from a Nashville connection
Linda

Awesome concept. Awesome photos!
I will definitely try to come and check out the gallery!

There is something very intriguing about albino's eye lashes they give a surreal aspect to the photos.