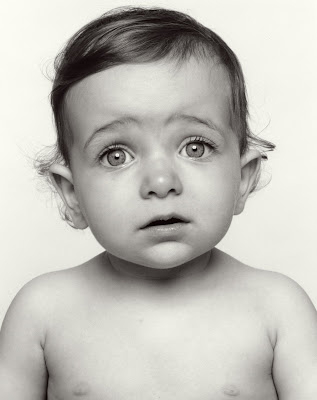 People often ask me for recommendations for a wedding photographer - which is way too much of a responsibility for me to take on – and so I always pass. When it comes to baby pictures, however, I have no hesitation in recommending Edward Mapplethorpe (yes, he is Robert’s younger brother) who has always been a talented photographer in his own right as well as having made largely unsung contributions to his brother’s work. Edward has tackled just about every subject – nudes, abstracts, conceptual work – but he’s been photographing children for close to 20 years. He insists on taking the pictures on or about the child’s first birthday. (He likes them sitting up.) And while he only shows the parents one or two frames from the shoot, as far as I know, he’s never had to show more.

What I like about his children is that they’re neither cutesy or little adults, but somewhere in-between. And if you get a crying picture, there’s always a smiling one to go with it. 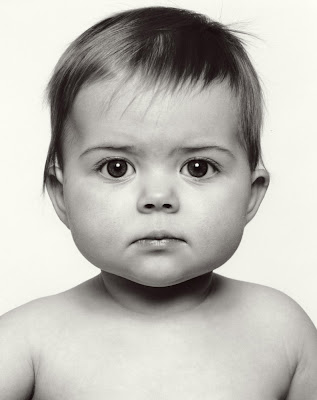 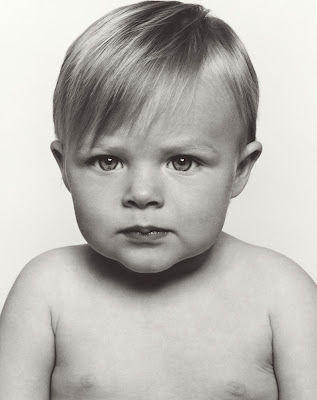 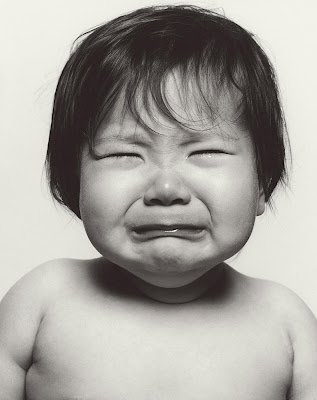 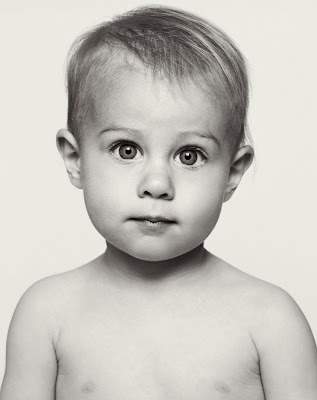 wow, it's true, they are neither cutesy nor too adult ...they are just right. So simple. I find myself staring at them, trying to figure them out. Tremendous!

A mature gaze with over-sized-almost-alien eyes. Very straight forward... Thanks for the large versions!

HAHAHA. Amazing. Their stares are almost adult like. You are so right about the in-between. Thank you for sharing this. Never knew about Edward Mapplethorpe.

Portraits are an amazing art form. These are wonderful. Thank you.

you hit the nail on the head.

cutesy and too adult baby photos 'date' themselves very quickly. these are true portraits that will stand the test of time.

At this age, and represented this way, each child could be either a boy or a girl. I can't figure it out.

Edward has the ability to capture emotion so deep that only a parent could understand. When I look at the portraits of my daughters I see what they will look like in their adult years. Thank you for sharing his work.

Simply amazing photographs.
I'm gobsmacked by the beauty and depth of character in them.
Thank you for sharing them.

Absolutely Gorgeous! You can look at this babies and see them as they might look in 40+ years! Incredible.

Great work Ed. I love your simple, straight forward Baby Portraits!!! These are my favorite pictures of yours since I saw the painted on B&W Barber Shop Photos at your Senior Exhibition at SUNY at Stony Brook in 1981.