About Buzz (and Melanie Schiff) 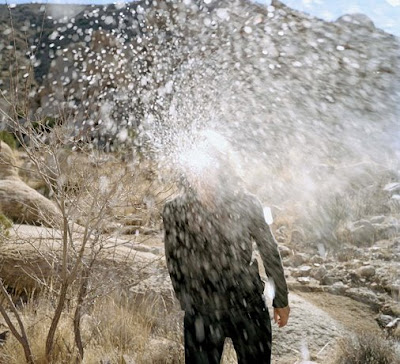 Buzz is an interesting phenomenon. If you had been at last December’s Miami art fairs where Melanie Schiff's work was prominently displayed at the NADA fair in the booth of the Kavi Gupta gallery, and where the assistants were all atwitter about her just being selected for the 2008 Whitney Biennial, you would have thought it a sure bet that Ms. Schiff was the next big thing.

I commented about the work at the time and waited to see her rise to fame, but even after the Whitney Biennial, I haven’t seen or heard a word. This is surprising because Schiff is a natural talent, inhabiting something of the rock and roll/color/snapshot turf of a Ryan McGinley, with an added touch of feminist self -portrait/performance work, and a talent for the Wolfgang Tilmans style still life of everyday objects. (This description is simply to place her in today’s artworld context rather than to imply that the works are derivative, because they’re not.)

The works in Miami as well as the Whitney Biennial were large, airy, beautifully printed, and nuanced in their mixing of elements. Schiff’s obscured self-portraits in particular (where she spits/sprays water at the camera, or covers herself in mud, or holds up Neil Young’s album cover like a mask) are standout pictures and add a welcome youthfully subversive strain to the genre.

I bring Schiff’s work up again first because I still like it a lot, and secondly as a way of illustrating how the art world works and positing the four main reasons why we’ve heard so little of her.

1) Her main gallery is the Chicago based Kavi Gupta Gallery. It’s hard to make it big when you don’t have either a big or hip New York (or European) gallery behind you.

2) As there haven’t been any major articles about her, one can assume she does not have the requisite knack for self-promotion.

3) This might be a case where the old beef about women artists being overlooked has some credence.


Although I’ve always insisted that the art world is surprisingly genuine in that everyone involved truly believes in what they’re doing, this is different than saying that good work triumphs over bad. In other words, referring back to last week’s gallery round-up, I think Yvon Lambert genuinely believes that Andre Serrano’s pictures of excrement are interesting, provocative, and worthwhile works of art. The photographs have already been much buzzed about. All that remains is to see how skillful the gallery is getting the work reviewed where it matters (The New York Times has already bitten) and acquired by the museums and collections that count.

Let’s hope that with Schiff’s next show, the pieces begin to fall in place. 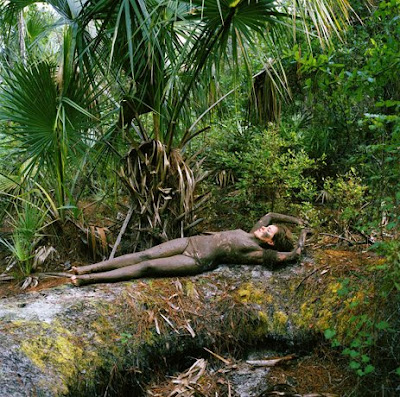 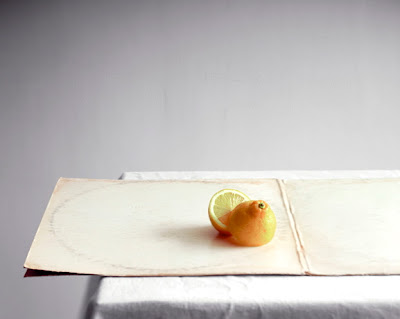 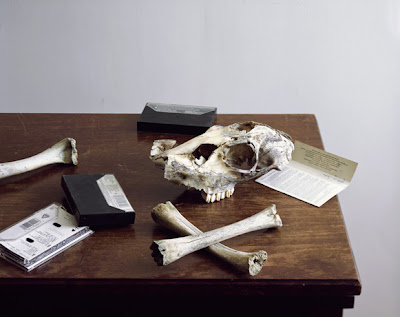 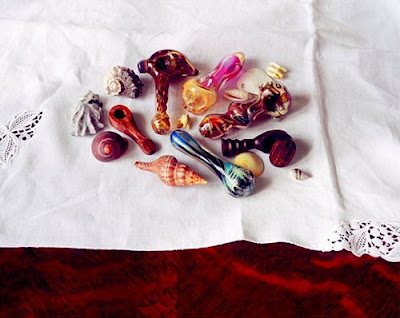 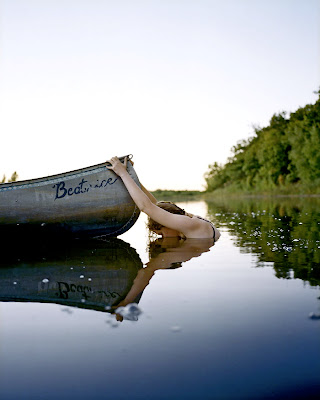 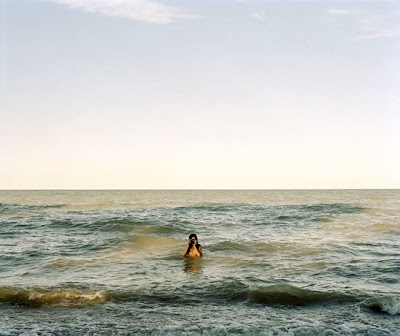 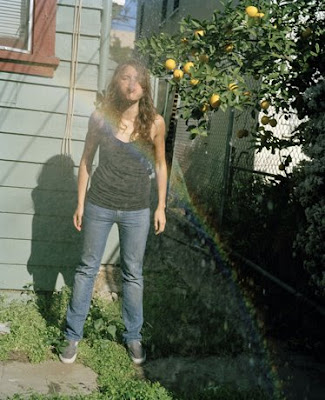 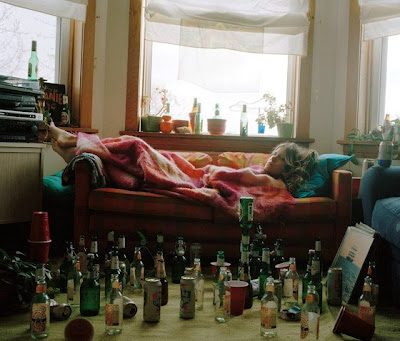 Posted by The Year in Pictures at 5:30 AM

I'm a collector and have been checking out Ms. Schiff's work for a couple of years, but have not bought anything of hers for some of the reasons you cite.

She doesn't have a NY gallery.

Her work, though it has a bit of the
Ryan McGinley style, is not quite as good, nor does she have an instantly identifiable, signature style.

This is very petty, but her name - yes, her name - is not exotic enough. This doesn't matter much to me, but when you look at who the hot young names are (Dash Snow, Banks Violette, Alec Soth, etc) they just kind of have fancy-shmancy art-world names - and it does seem to resonate.

In addition to the lack of signature style, she has yet to produce one iconic image. Whereas someone like Amy Stein already has a few...and even SHE hasn't crossed over into the very big-time yet, even with TONS of publicity.

When you look at her work, other photographer's work come to mind. So without having her own unique style, I don't think she'll make it.

She has the raw talent though. I'll continue to keep my eyes on her and see if she develops.

Whilst I believe the cream rises to the top, I'm beginning to think that artists who are starting out need to hire a pr agency as well as try to get gallery representation. Someone to help create a buzz. Good dealers will always see through the hype but if it gets your work seen...

Because of the subject matter, the Serrano photos
would always create a buzz, something that the gallery can only be pleased about. To paraphrase Oscar Wilde, " if there's one thing worse than being talked about, it's not being talked about".

I'm very pleased to read that this blog will be continuing after November 10. It is compulsive & inspiring.

I do like "Spit" and "Anna II" but really, the rest don't jump out at me as being outstanding. I've seen some amateur shots that may be a bit more interesting. One to watch though ...thanks!

I am a fan of Melanie Pullen's c-prints though ...not that they're anything like this but I would definitely buy her works.

Although I hate the old "well if they don't have a nyc gallery they aren't worth collecting line", I mean come on what year is it? She was in the whitney for crying out loud. I think her main problem is the style thing. I think (hope) people are growing weary of the whole big versions of the same photos peoples college roommate took of them. It's been so over done to death the last 5 or so years I think maybe people are ready to move on and maybe she hit a little to late. Plus all the photos, at least the ones you show here, remind me instantly of another more well know photo they look very much like.

I saw some of Melanie's work this summer at Cohan & Leslie on 10th Ave. I believe she is represented by them now. I'm very much looking forward to seeing more of her work.

It's definitely the derivative nature of some of her work that bugs me. "Mud Reclining" could be Katy Grannan. "Lemon and Album" could be Sharon Core. "Bones and Cassette" could be Anne Collier. "Anna 2" could be Grannan again or David Hilliard or Justine Kurland. "Self-Portrait" is definitely Angela Strassheim-esque.

It's all a day late and a dollar short. A mishmash of styles and themes; incoherent and frankly, dull. More a student project than a fully-formed artist with a point of view.

As for her non-fancy name, that's kind of silly thinking, especially in light of photo legends named Cindy Sherman, Joel Sternfeld, Mitch Epstein, and Annie Leibowitz. But that may have been in another generation.

I stand by my feeling that Melanie Schiff is a good and original photographer. Now that she's apparently going to have a New York show this spring, let's wait and see. The name thing seems a bit silly. I don't see any relationship between success and names.

I enjoy reading your thoughts on photography. Keep it up; it's by far the most interesting and original blog on the subject.

And here I had really liked the Self-Portrait and the Underwater Photographer...

Melanie came in to speak to one of my photography classes back when the Whitney Biennial was up.

She was one of the most engaging photographers I've ever heard speak. Even if I wasn't all that enthralled by some of the images, the passion she exuded while discussing them was enough to make me fall in love with the work.

There's always something intriguing about listening to a photographer discuss their work, especially when you have it drilled into your head that the images should "speak for themselves."