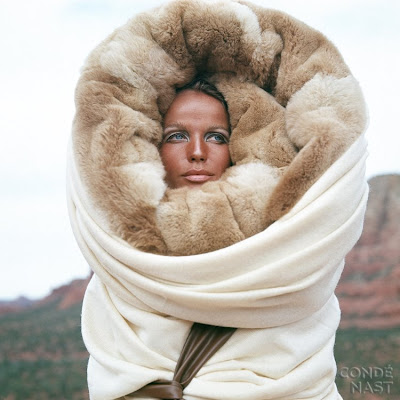 One of Veruschka's most famous shoots. Veruschka, photographer Franco Rubartelli, and then stylist Giorgio di Sant'Angelo were sent into the Arizona desert by Diana Vreeland with nothing but bolts of fabric and fur, and Dynel wigs. The resulting pictures published in July 1968 have become a legendary example in creating something out of nothing.

On Friday night I went to a book opening for the $500 book Assouline have just published celebrating the fabulousness that is Veruschka. Now a remarkable 69 years old, Countess Vera von Lehndorff-Steinort (her real name) was one of the great models of the sixties. A leaping whirlwind of energy, Veruschka brought what was for the time a rarely seen strength of personality to the job and soon became one of Diana Vreeland favorite models. The book, lovingly put together by David Wills in collaboration with Veruschka, is one of the few books that justifies its size and expense. (FYI - you can get it for about $150 less on Amazon.)

Veruschka’s background was dramatic and sad. Her father was a German army reserve officer and her mother a Countess. Her childhood was spent living in great wealth on an enormous estate, however, when she was five years old, her father, a member of the German Resistance, was executed for attempting to assassinate Adolf Hitler. After his death, the remaining family members spent their time in labor camps until the end of World War II, when her family was left penniless.

After studying art in Hamburg, she moved to Florence, where she was discovered at age 20 by the photographer Ulo Mulas. At over 6 feet tall, it was hard for Vera (as she was then known) to find work, but in 1961 she was spotted by Eileen Ford and in 1961 she moved to New York city to join the prestigious Ford Agency.

Work was still hard to come by for someone as distinctive looking as Vera so she returned to Europe with the self-imposed mission of reinventing herself. She changed her name to Veruschka, embraced her height and strength, and was soon brought to the attention of director Michelangelo Antonioni who immediately cast her in his 1966 film “Blow Up”. Her powerful five minute performance as a model in a rough and tumble with the photographer played by David Hemmings turned out to be all she needed to jump start her career. Bookings soon followed and she started earning up to $10,000 a day working with the best photographers in the world – an unheard of sum in those days.

Around this time, itching to create her own artistic work, she started posing nude wearing only body paint covering her entire body. Directing the entire process, she would paint herself as different animals or imaginary creatures, or create a painstaking trompe l’oeil that would allow her to completely disappear into the background. While the work was often published and exhibited, it failed to gain a serious hold in the art world most likely because of the difficulty of getting a model’s own artwork taken seriously.

In 1975, Veruschka turned her back on the fashion industry (reputedly due to disagreements with Grace Mirabella, the newly appointed editor-in-chief of Vogue, who wanted to change her image to make her more relatable to the average women). She moved to Berlin where she has continued to make her own work, and where she is regularly amused by the many requests she gets to return to modeling – now as a celebrated muse. 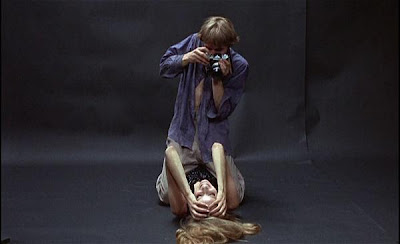 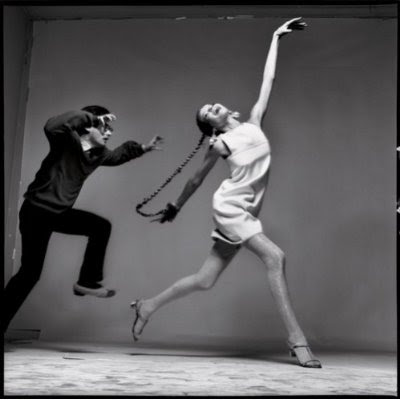 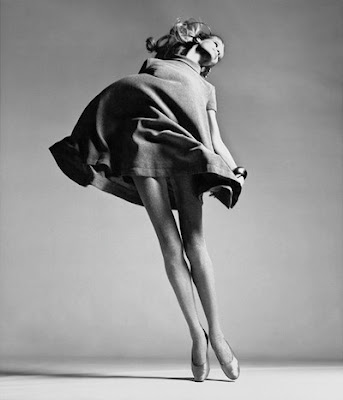 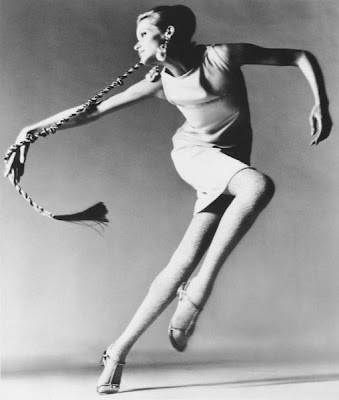 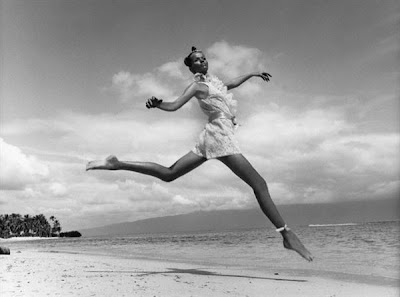 Leaping for (and with) Avedon 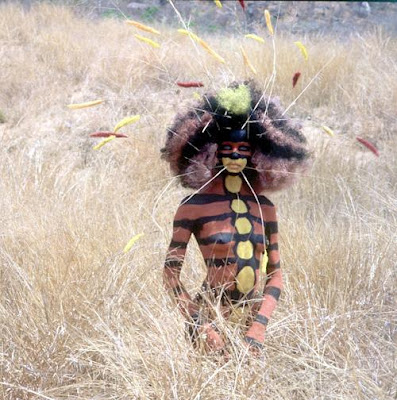 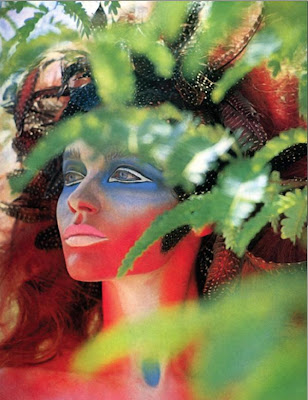 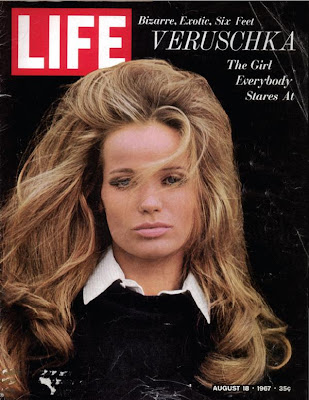 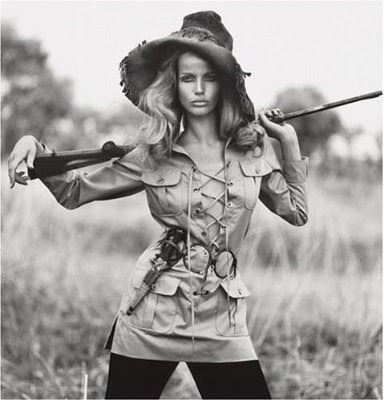 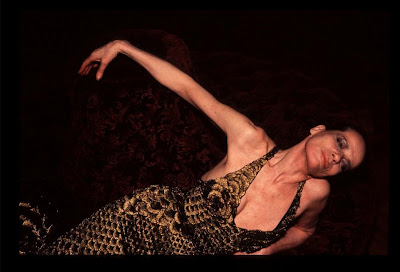 Some snaps of the book from the book party: 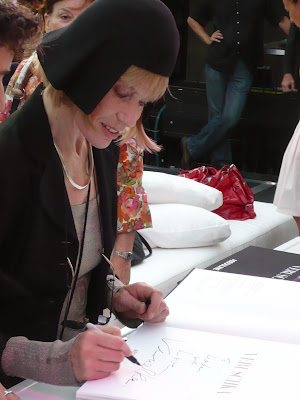 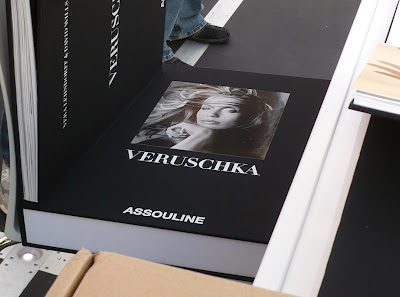 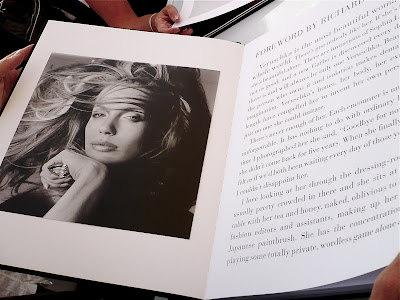 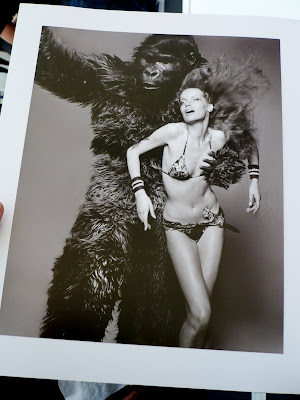 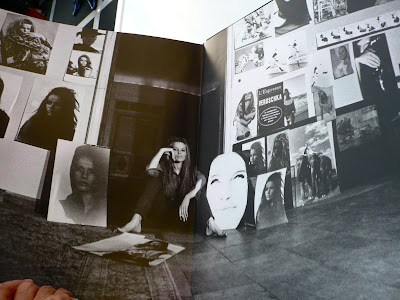 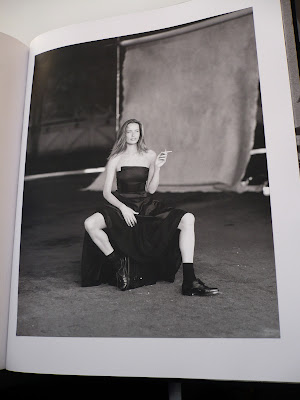 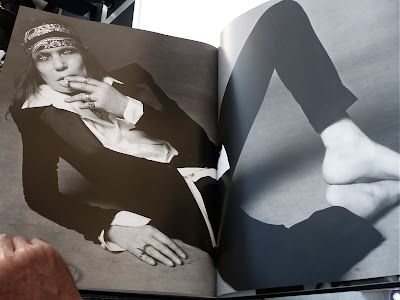 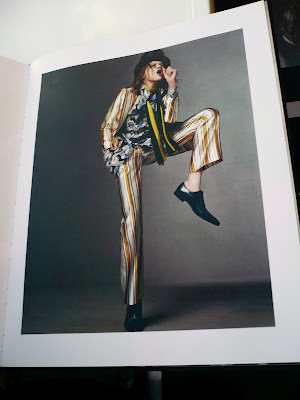 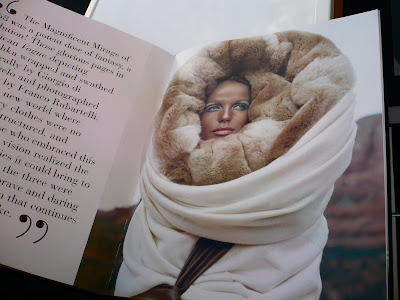 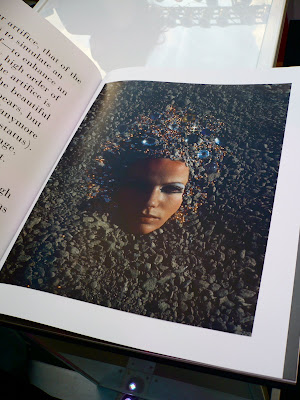 Wonderful thanks so much. Lucky for me I work at a book store in Hollywood and we are having a book signing with Veruschka this week. Thanks again, your blog is a daily inspiration.

and the nan goldin image, which i had not seen, is stunning. stirring.

She has had an amazing career. I watched Blow Up last year as part of an introductory course and found it to be a very important movie for any photographer to see. I had no idea she had such a voluptuous career outside (or thanks to) the film.

phenomenal. such a beauty.

now there is a role model!

What an amazing life. I knew a little about her and was fortunate enough to see 'Blow Up' in the theater but had no idea for the reasons why she quit modelling. & quite right of her to continue to refuse to return to it.

After reading that "Blow Up" was scored by Herbie Hancock, it's going on my must see list. I especially like the Hasselblad shoot of the same name :-)
http://www.youtube.com/watch?v=1psw-eCbHfk

Doesn't she have that Angelina pout, somehow? Or should i say, Angelina Jolie has the Veruschka pout? What a beauty!

Beauty class and talent, something not readily available in the 21st century. I was stunned by these photo's which were so far ahead of their time they seem to jump at me and demand attention for they still live as does Veruschka.

My gosh is she ever beautiful. Truly an amazing artist. Love her spirit, beauty and soul. For her to give up her career as a fashion model just because she feels a need to stay true to who she is as an artist and as a model is absolutely commendable. She's strong and stands up for what she believes in. Veruschka is truly amazing and not to mention probably one of the most stunning women I have ever seen.