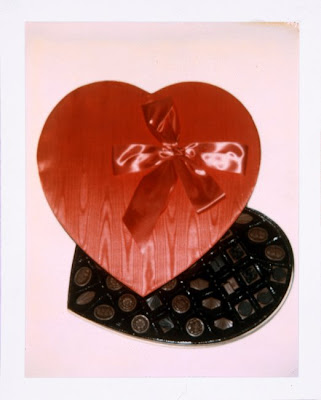 For much of his life, Andy Warhol was obsessed with photography. He bought it, borrowed it, and banged it out with regularity. Along with his many obsessions, he collected cameras, but there is no doubt that his favorite was the Polaroid Big Shot Camera which he used to photograph his commissioned portraits. (The photographs were then transferred to canvas where Warhol and/or his assistants would paint over and under the image.) While now out of production the camera is still readily available for about $20 - $30, in fact there are currently 8 for sale on Ebay. Warhol called the camera “his pencil and paper”.

While Warhol’s Big Shots portraits are justly famous, less known are the everyday photographs of objects he took between 1977 and 1983. Starting next week, however, the Paul Kasmin Gallery in Chelsea will be exhibiting 70 of these Polaroids for the first time. Still lives of bananas, knives, and crosses, and assemblages of shoes and other commercial products, the photographs are interesting not only for the objects Warhol chose to picture and the deadpan style with which he photographed them, but for the underlying themes of desire and mortality that run through the work and the prescient symbolism. Most significantly, though, the pictures show that it’s not the equipment that counts, but – as always - the ideas behind the work. 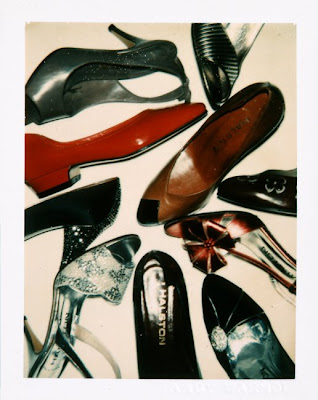 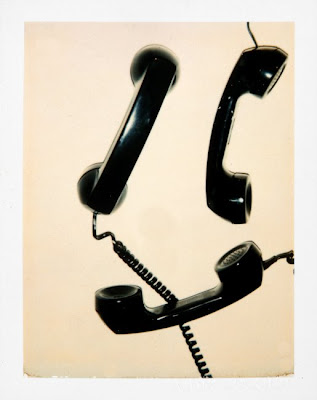 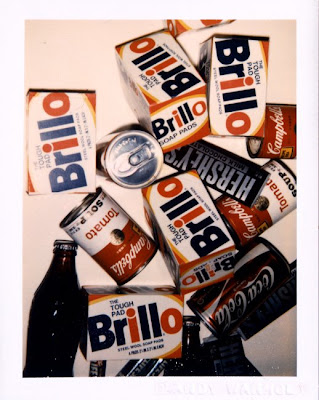 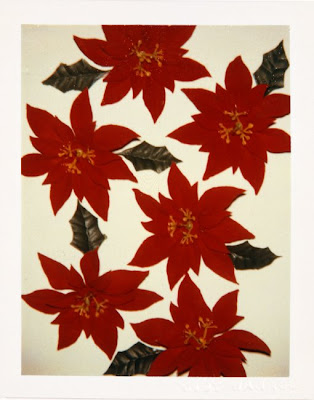 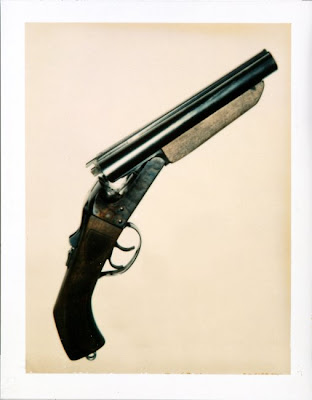 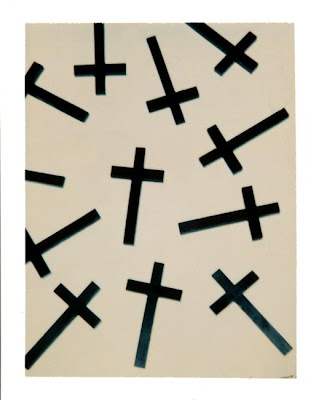 All works 1977 - 1983 © The Andy Warhol Foundation for the Visual Arts. Courtesy of Paul Kasmin Gallery.

Those are probably shoes that Warhol collected . . . Would love to go through some of his "time capsulses" at the Warhol museum!

Oh, I do love Warhol. I've actually seen the Poinsettia canvas in person. I think we had two versions of it at one point ...is that possible? I think my absolute favorite Warhol is the teal bunny on black background. I'm not sure what it's actual name is ...but it's so great. I also love his diamond dust shoe print.

*I bet those cameras will sell for much higher prices now that you've mentioned them :)