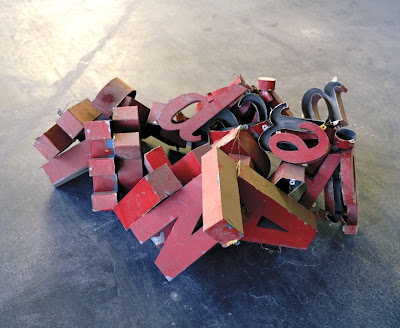 I’m in the process of laying out our next show for an opening this Saturday to which you’re all invited. The artist is Alejandra Laviada, a 28 year old Mexican photographer whose work consists of going into old buildings in Mexico City that are about to be demolished, creating sculptures out of the detritus she finds, and then making a photograph of what she’s created. Her pictures burst with inventiveness, and her prints are large, colorful, and luminous. They remind me of a cross between the work of Tara Donovan (who was just awarded a MacArthur “Genius” grant) and the still lives of Irving Penn. (While of course remaining totally original.)

People are always interested in how someone gets a show so here’s
how it happened. I first saw Alejandra’s work in 2007 as part of PEEK – the follow up to Art & Commerce’s first Festival of Emerging Photo-
graphers. It stood out for me there and I made a mental note of the work. This past February Jorg Colberg gave her the briefest mention but it reminded me of her name. Then this spring Laviada’s new work was not only included in Kathy Ryan’s standout exhibition, “Chisel” at the first New York Photo Festival, but was a complete knockout for me. It had not only gone where I hoped her work would go, but had surpassed it. So I tracked her down and held my breath hoping that I would be able to convince her to do a show at Danziger Projects. Fortunately she was game and the only unusual thing was that we were able to schedule something so quickly.

Here’s what I wrote for our press release:

For Alejandra Laviada, Mexico City is more than her birthplace and home. The abandoned buildings and transitional aura of the sprawling capital city also serve as the inspiration and starting point of her original and inventive constructed still life photographs.

These photographs – exquisitely crafted large color prints - consist of elegant sculptural installations created on site from the everyday objects that Laviada finds in old and dilapidated buildings in Mexico City. The objects are mundane – dried out paint cans, old wheels, brooms, broken chairs, letters from old signage – but in Laviada's hands each construction is both an elegant exercise in creating a three dimensional work and a two dimensional record of pieces of history that are about to vanish while a new history is created. In Laviada's own words her work "explores the shifting relationship between photography and sculpture, whereby ordinary objects are stripped of their traditional function and perceived differently". On numerous levels, the works are about a reconciliation of past and future, classicism and modernism.

Alejandra Laviada was born in Mexico City in 1980. She began her artistic career as a painter, graduating from the Rhode Island School of Design in 2003. Soon after, however, she turned her attention to photography, completing an MFA in photography at the School of Visual Arts in New York. Upon graduating, she was selected as one of 11 artists to featured in PEEK – the 2007 installment of The Art + Commerce Festival of Emerging Photographers.

Since her work first appeared in PEEK, Laviada has been commissioned and published in magazines including the New York Times Magazine, American Photo, and VOGUE. She was awarded honorable mention at the XII Photography Biennial in Mexico, and her work was singled out by critics when it was most recently shown as part of the exhibit "Chisel" at the first New York Photo Festival.

This will be Alejandra Laviada's first solo American show. 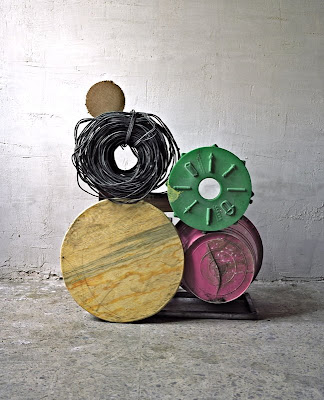 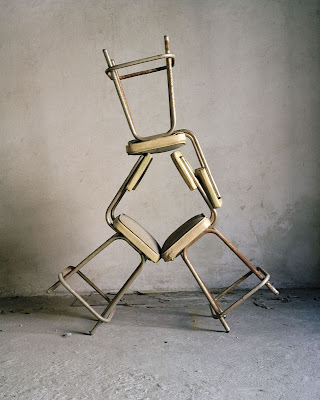 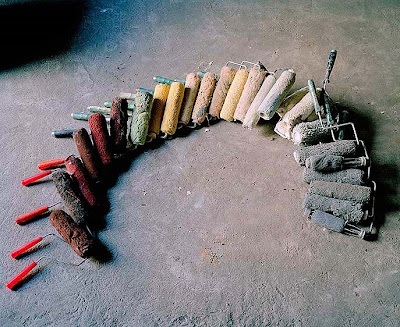 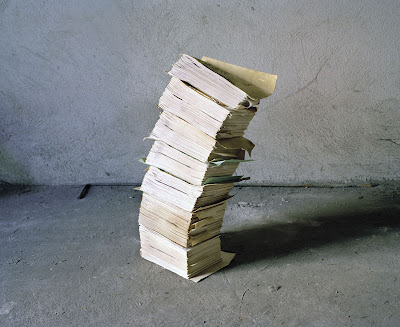 You are right they are brilliant, I only wish I could be there.
Can you please post some photos of them hanging in your gallery so I can get a feel for the scale of the images?

forgive the self-promotion, but the collective I am a part of just published an interview with Alejandra (as part of our Nymphoto Conversations series):
http://tinyurl.com/42qqay.
Her work is fantastic. Thank you for showing it in NYC.

I love these photos. I also love the idea behind them -- documenting what's about to be demolished.

I also really like your blog! I like the way it is extremely focused and uncluttered. Really can't say the same thing about mine!

I am interested in how you fit new artists in your gallery. As an artist I have found most galleries of 'note' have a stable of artists who fill up the exhibition calendar and it is very hard to break into that. Do you continue to show your artists or are they all one off shows? Do you make your living from sales and if so do you tend to exhibit work that sells well? I notice that a new gallery with no cient base or support systems charges the same commission as established galleries. Unfair?
I enjoy logging onto your site.

oooh ...exciting! I love the grittiness and texture ...almost industrial.

Oh these are absolutely beautiful. I also love the grit of these - superb.

I just love how 'precarious' each sculpture is. It seems like the photos are the only proof that the objects and the structure they appear in ever existed. How I wish I was in New York to see it!

knowing that the wrecking crew is coming and soon it will all be gone, reminds me to the natural elements that come and take away the work of mr goldsworthy...if not the documentation of these fragile moments we would not be able to feel their power.