Fashion Notes from All Over 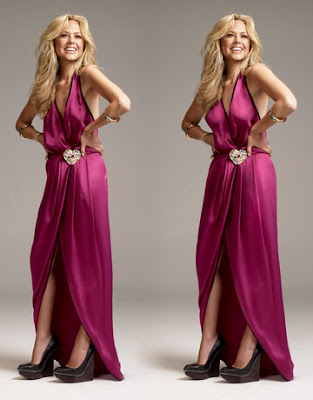 While we're in fashion photo mode, a novel gimmick (above). In their September issue, rather than using photoshop to slim down the subject, Harper's Bazaar and photographer Kurt Iswarienko used it (along with some padding) to take uber-stylist Rachel Zoe from a size 0 to a size 8 and an interesting discussion on fashion and body image. 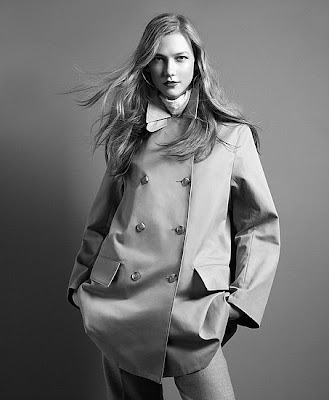 Then not to fixate on GAP, but I forgot to credit photographer Mikael Janssen for his pictures in the current campaign. And this new image from the Fall ad campaign (of model Karlie Kloss) is about as chic as I've seen. 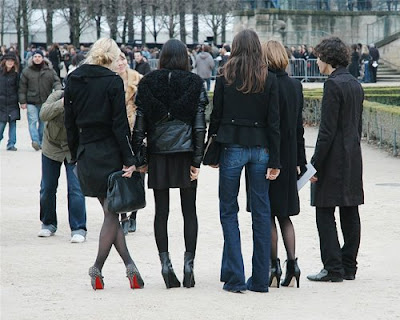 This photograph of a gaggle of French VOGUE assistants is burning up the internet with bloggers choosing, Sex and the City style, which one they would be. Not much choice for men, though. 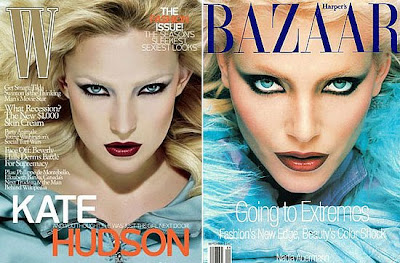 Lastly, the latest case of plagiarism/homage. On the left, the current cover of W Magazine. Photo of Kate Hudson by Mert and Marcus. On the right, Patrick Demarchelier for Harper's Bazaar, September 1994.

Posted by The Year in Pictures at 8:33 AM

The cover shots are so Photoshopped with great make-up/hair, it is hard to see where the photographer comes in... spare us with lighting.

Janssen's shot on the other hand has a beautiful classic look with an elegant moment caught.

I am not knocking anyone here but retouching has taken beautiful people and made them look like store mannequins. As for sexy??? I prefer women when they are real.. Kate really doesn't need help there.

Zoe is laughable. I LOVE that they had to photoshop her bigger. she is disgusting! ...and lastly, I wouldn't think W would stoop so low