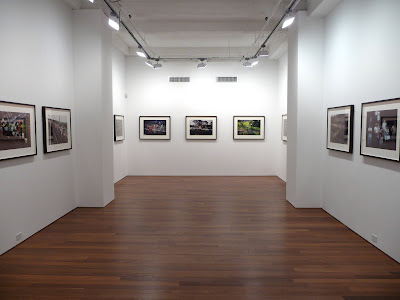 Things don't always go smoothly. The frames for the Paul Fusco "RFK Funeral Train - Rediscovered" exhibition arrived on Thursday with the wrong plexiglass (They were supposed to have Atrium plexi - a u.v. protecting, non-reflecting plexi that costs about $300 per frame!) However, all was set right and now the show is up and ready for its grand opening tomorrow (Wednesday) night from 6-8 p.m..

By then the heat wave should have broken, we'll have the gallery nicely air-conditioned, and cold beer ready to be served. (One of my quirks - to serve little cans of beer instead of the nasty wine you usually get at openings.) So I look forward to seeing all local The Year in Pictures readers at 521 West 26th Street. There's no such thing as an opening that's too crowded! 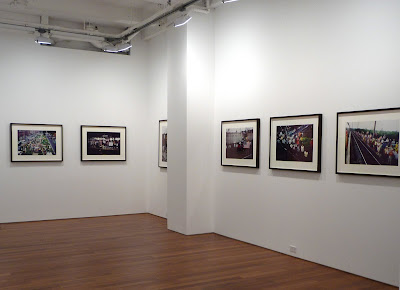 It looks beautiful, and I am excited to toast a successful exhibit with my mini beer!

I really wish I was in New York for this show, but I'm home for the Summer.