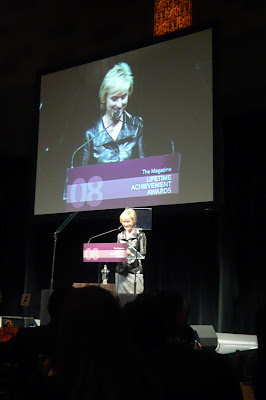 Lunch at the Magazine Lifetime Achievement Awards where Tina Brown was inducted into the Hall of Fame. I was there having worked for Tina at Vanity Fair and the New Yorker and have always been a huge fan. The world of magazines seems so much duller without her. She has also always been a champion of photography, which is how we got together.

Our greatest coup was the famous 1985 Vanity Fair cover of the Reagans dancing - a cover credited (by others) as saving Vanity Fair when the sharks were circling and advertisers were scarce. It gave the magazine credibility and buzz and went on to become one of the most famous magazine covers as well as a cultural touchstone. So here's the inside story....

At my previous job as picture editor of the London Sunday Times Magazine, I had become friendly with Michael Evans - a talented photojournalist who became the chief White House photographer for Ronald Reagan. I had put together a special issue on Michael's most intimate White House pictures that got picked up around the world. So two years later when Tina came up with idea of a story about how the Reagans loved to dance my connections got us 60 seconds with the first couple as they left their private quarters en route to a formal White House dinner. I chose Harry Benson as the photographer because there's no-one better in a sticky situation. Tina was there to report the story.

I knew the Reagans were friends of Frank Sinatra and so the night before the shoot, I made a tape of Sinatra singing "Nancy with the Laughing Face" and smuggled a Walkman and a miniature set of speakers into Harry Benson's bag. The pirate sound system made it through security and when the Reagans stopped in front of Benson's backdrop I hit play. The Secret Service looked stunned but dared not interrupt as Ron and Nancy spontaneously broke into dance for the whole song (cover!) and ended with a heartfelt smooch (double page spread!). 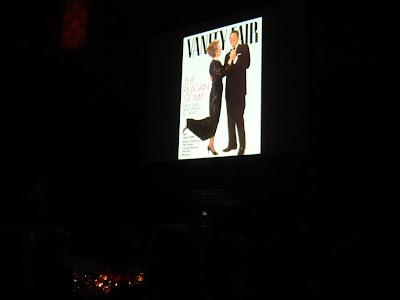 Great story! The Reagans were not my favorites politically (to put it mildly) but the fact that they loved to dance is something we have in common.