Life is not fair. For over a decade Chicago based artist Jason Salavon has been experimenting with over-layering and averaging images to come up with composites that explore iconic american typologies. Kids posing with a department store Santa Claus, high-school yearbook portraits, pictures of homes for sale, playboy centerfolds. The photographs are intellectually provocative, and visually engaging, but for some reason Salavon's work has never made it into the red hot center of contemporary art. It's too bad because they deserve to be.

Two years after Salavon's"Playboy" pictures were made, Idris Khan graduated from England's Royal College of Art and began to make it big-time with his own layered multiple exposures of re-photographed images. I'm not saying Khan was even aware of Salavon, and I'm actually a big fan of Khan's, but the right school, the right gallery, and the right timing can make all the difference.

Salavon's 1999 picture below from the series "Homes for Sale" takes 124 photographs of homes for sale in the 5 Boroughs of New York and digitally combines them using both the mean and the median. (Compare with some of Khan's pictures from the link above.) 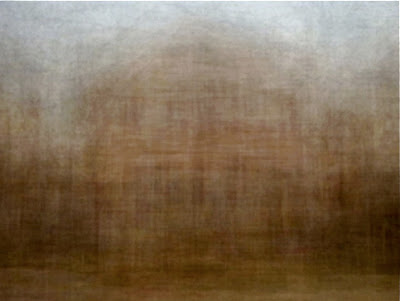 "The Class of 1967" and "The Class of 1988" (below) are amalgamations of all the graduating men and women in both Salavon and his mother's Fort Worth Texas high school classes. Half dream, half memory, you can almost recognize the individual before they slip back into the ur-portrait of their particular generation. 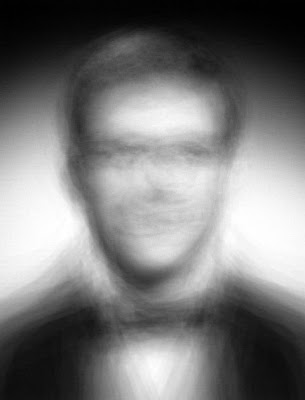 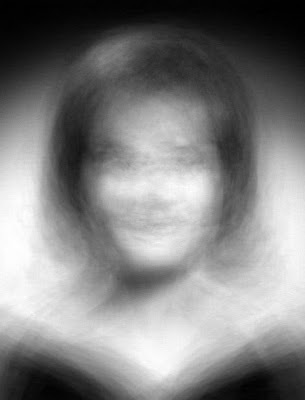 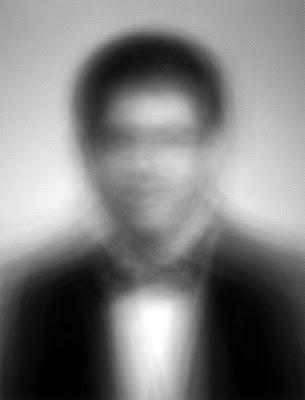 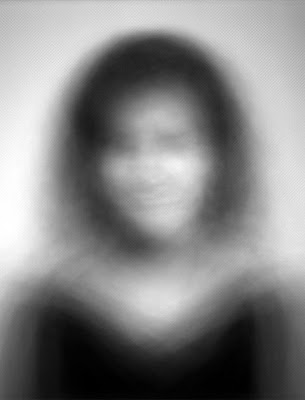 I totally agree. Right gallery (Victoria Miro), right place (UK), right time. Right collector (Charles Saatchi). Right name ("Idris" is more mysterious than "Jason"). Idris Khan also benefitted from titling his works things like "Every Bernd and Hilla Becher photo of a Water Tower" or whatever, comparisons that the art world love. But it truly was the Saatchi connection that did it. Salavon can never recover now that Idris will be considered first-mover on this style. Just like Catherine Opie stole Misrach and Wyse's style.

In addition to these two mentioned photographers, I went to art school a few years ago and a student there was also doing the exact same thing.
This points to something of a collective unconscious or ideas of how technology can lead to obvious conclusions. In an increasingly "small" world due the internet etc. it should come as no surprise that certain expressions of that world repeat themselves - assuming that "stealing" is not the issue.
In such an environment it really (unfortunately) often is more who you know than what you do.

It also reminds me of that strange exposure technique that Miklos Gaal -- and nearly a hundred other photographers -- have recently adopted, that makes every cityscape/landscape seem to be a miniature model. I liked it the first time. Maybe even the second. But now it's pathetic when I see someone else utilizing it. It's like how after Nirvana's "Nevermind" came out EVERY band sounded like them. It's shameless.

It does seem to be about a combination of who you know and where you happen to be at a certain time and place... nevertheless, thank you for this post.

Jason Salavon's photography is beautiful. The portraits are other-worldly.

i love his work...i knew about the playboy works but only recently knew who created it. thankyou for showing more of his work.

What about Doug Keyes - he goes even further back and even did a "Bechers"....

RCA are the letters to have.

Re: Doug Keyes - amazing. I was totally unaware of this work. When were they done? The link you posted doesn't give a date.

But thanks for the head's up.

I believe Keyes' work started in 1997. You can see much of it at www.ggibsongallery.com

I'm really glad to have stumbled across this blog post. I'm doing an artist study for my A-Level photography course, and was originally searching for Khan, but now it would be almost rude to not put Salavon into my sketchbook also, so thank you!