Top Ten #5 - The Sound of No Hands Clapping. By Toby Young 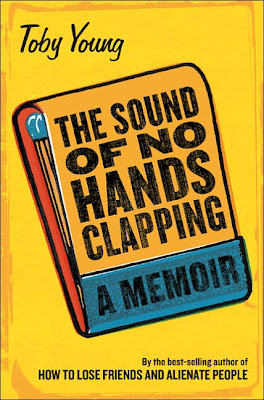 The second book I loved was so funny I couldn't stop laughing out loud even as I ruefully noted the diminishing number of unread pages. Toby Young was the archetypical Brit in New York whose first book, “How to Lose Friends and Alienate People”, chronicled his hapless time at Vanity Fair where among other things he invited a stripper to the office on what he was unaware was Take Your Daughter To Work Day.

The follow-up finds him improbably successful after his first book is turned into a one man play in London. He is hired by a big time Hollywood producer to write the screenplay for an un-named movie about a mysterious 70s record producer. As he learns the ways of Hollywood and screws up with regularity, Young warily gets married, has a child, and in some of the books funniest moments attends various friends’ weddings where his inappropriate toasts end up losing even more friends and alienating even more people. A heroic failure in true Brit fashion, the book provides the vicarious pleasure of seeing the Emperor, himself, reveal he has no clothes, while skewering the media, the film business, and other cultural obsessions of our time.

Posted by The Year in Pictures at 5:17 PM