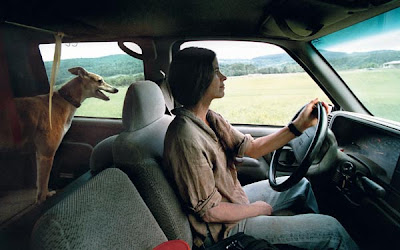 Steven Cantor’s second film about Sally Mann (his first was a 1994 Oscar nominated short) was shot over five years and largely eschews the controversy about nudity and children to focus on the creation and aftermath of Mann’s photographic studies of death. An intimate and beautifully shot feature-length documentary, the film takes you deeply but unintrusively into Mann’s personal life and ends up as a study of the life of one of our most serious and talented photographers and the challenges even a renowned artist faces. Look out for: the story and pictures of Sally and husband Larry when they first met; and the unfolding drama of Mann's Pace/MacGill exhibition.

Posted by The Year in Pictures at 5:30 PM