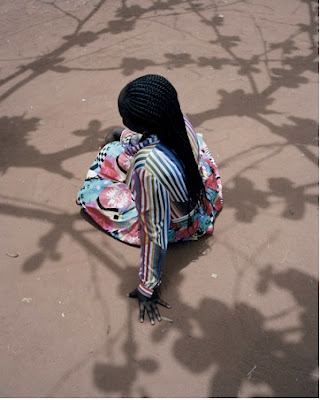 With all the year and decade end reflection going on - most of which I’m finding pretty depressing - I‘m going to make my annual top ten list about the things I’m looking forward to in the year ahead. I’ll start with shows I’m planning.

1. (Above.) Viviane Sassen. Opening in March, I’ll be doing the first U.S. show of work by Viviane Sassen. A Dutch photographer who grew up in Africa, Sassen has long been a highly regarded fashion photographer in Europe. However, starting several years ago, Sassen returned to Africa and began making collaborative portraits with people she met on her travels. Mysterious, colorful, and complex, these works are like visual haikus – compact, poetic, and resonant. 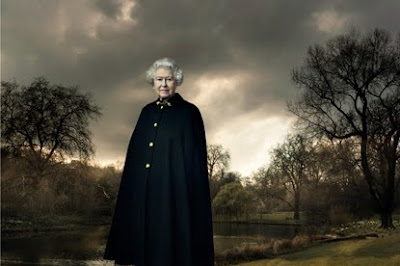 2. Annie Leibovitz. (Opening in April.) Whatever has been going on in her life, Annie Leibovitz not only remains but reigns as the number one portrait photographer in the world. Over a career that has now spanned four decades, Leibovitz’s work has deepened along with her color palette and time has allowed us to see her as a major colorist and conceptualist and the key photographer of her era. 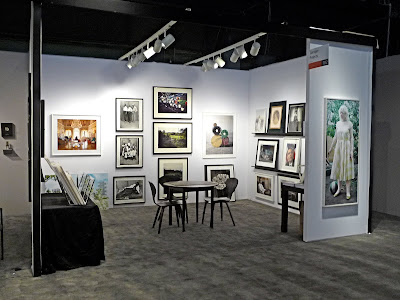 3. AIPAD. Having had a terrific fair at Art Basel Miami Beach, I’m looking forward to participating in this March’s AIPAD Photography Fair in New York. Every fair if done properly should be more than just an assemblage of greatest hits. A booth should make a statement. And while I have to admit I haven’t yet figured out what I’m going to be doing at AIPAD, the journey is half the fun. 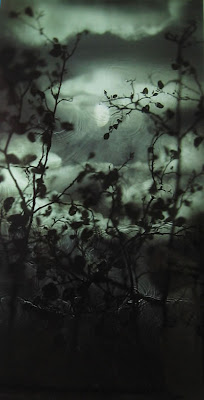 4. Brits. I’ve enjoyed following the work and renewing my ties with a number of British photographers over the last year – in particular Susan Derges, Christopher Bucklow, Richard Learoyd, and Tim Walker. I’ve also had the chance to meet two of the photography curators at the Victoria and Albert Museum – Martin Barnes and Susanna Brown – who are both bursting with ideas and as opposed to their U.S. counterparts enthusiastically looking at and showing good new work. There’s something particularly energetic and positive in the London air right now - and I’m looking forward to bringing as much of it as possible back to the States. 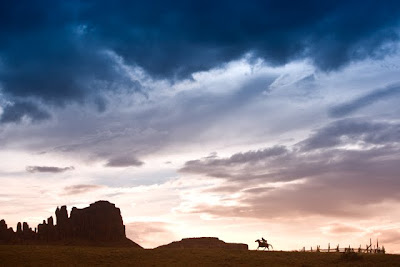 5. Jim Krantz. (Opening Fall ’10.) Krantz was one of the original Marlboro photographers whose work was appropriated by Richard Prince for his famous series of images of cowboys. This fall we’ll be turning the spotlight back on Krantz who you’ll see is a uniquely talented photographer. Unlike the Manny Garcia/Fairey situation, however, in this case both Krantz and I feel (to different degrees) that Prince’s work was more insightful and legitimate. So rather than picking a fight with Prince, we would rather accept his homage and take the opportunity to educate people about the source. 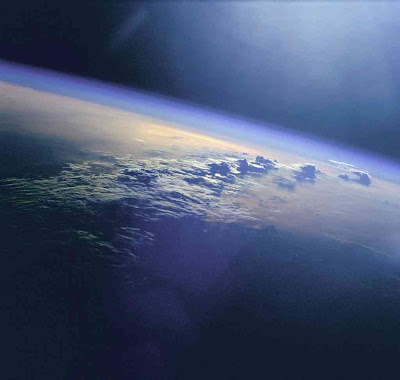 6. A time for healing. If you feel the 00s were one sick decade, I’d like to propose the 10s as a decade of healing. Starting with healing oneself – get in shape physically, fiscally, emotionally, professionally and let this work its way out exponentially. It’s clear that just about every system has failed - from the safety of our food, to travel, the financial system, and on a macro level - the ecology of the planet and hope for peace. So here’s to proposing that if everyone tries, we can begin to reverse things just a little! 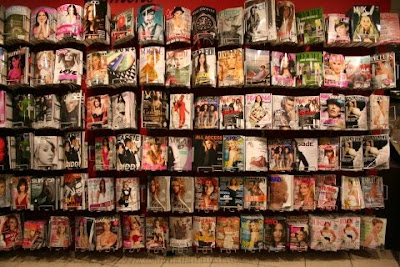 7. Magazines. The relationship between photography and magazines has been one of mutual nurture and creativity for almost a hundred years. Now that we’re firmly in the world of new technology, let’s hope that either the new or old media companies can find a way to be profitable and continue to be the vital link between art and commerce. 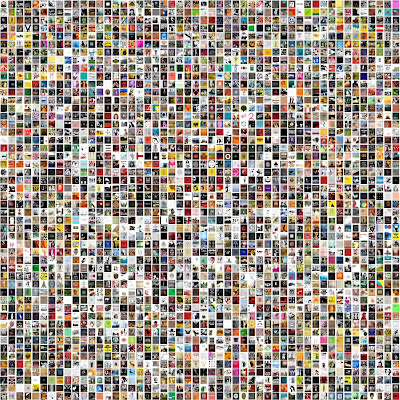 8. Digital photography. Now that we’re firmly in the digital age, let’s stop grousing about the death of film, continue to improve the quality of digital cameras, and get serious about easy ways to archive our snaps so that we can replace drawers full of old snaps and outdated hard drives with reliable and accessible image retrieval. 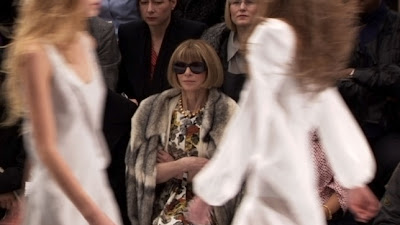 9. Documentaries as entertainment. Two of the films I most enjoyed seeing in cinemas this year were “Every Little Step”, a documentary following the casting of the revival of “A Chorus Line”, and “The September Issue” the documentary that followed the making of VOGUE’s biggest issue ever. If movie companies and filmmakers continue to broaden the range of subjects covered in feature length documentaries, my hope is that we can enter a new golden age of intelligent and entertaining film going. 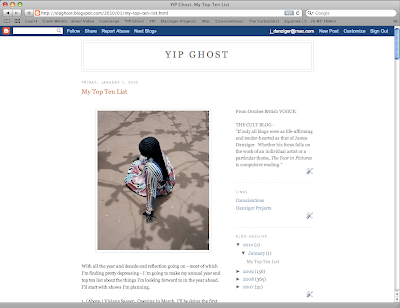 10. Blogs. Many of the year end summaries in newspapers talked about the growing influence of blogs and bloggers and their effect in the real world. Happy to hear this! And to do my part in taking it to the streets, opening on January 21, I will be putting on a full five week long show of selected photographers whose work I’ve featured on this blog. So stay tuned and Happy New Year to all!

Posted by The Year in Pictures at 2:21 PM

I enjoy your blog so much and have learned heaps about photography through it. Thank you so much and Happy New Year to you.

A Happy New Year to you from West Cork, Ireland. I have been reading your blog for over a year now and really look forward to each new post. I am a very amateur photographer who is learning to use a brand new Lumix DMC G1. I will do my best to make the new decade one of healing - what an inspiring tag and one which I sincerely hope will stick.

I'm a new fan of your blog, and was made aware of it by Sarah Schulte about 6 weeks ago. It has become
one of my favorite visual Bookmarks.
Many thanks and Happy New Year.
Milt Simpson.

Just had to read your blog before I finally went to sleep! Its 4:49 am and I had some trouble figuring out the new system on blogger. I guess I'm in sync with you on some level my blog is about the blue moon and my photos.... please take a look.... your blog is my benchmark. Thanks, Cherie: www.cheriebenderblog.blogspot.com

In re: Documentaries as Entertainment, may I suggest "It Might Get Loud" in which Jimmy Page, The Edge and Jack Black discuss the history of the electric guitar. Only issue I have with it is that "it" doesn't get loud enough.

Thanks for the Top Ten! I recently saw a documentary that I LOVED called Unmistaken Child. It’s about a Tibetan Buddhist teacher that dies and the search for his reincarnate… a very interesting look into a centuries old tradition. It’s beautiful, well made, honest and touching. I highly recommend it!

Another doco suggestion (or two), James:

King of Kong (a must see)

Valentino (worth the watch)

An excellent and thoughtful top 10 list. I just purchased a Viviane Sassen print, one of my first major works so very much looking forward to your upcoming show, the work is incredible. I also appreciate respect to Annie, she is so major.
Thank you for making the world a better place for photos and their enthusiasts. See you at the AIPAD and have a wonderful 2010.

just wanted to say keep up the great work.

Superb list that (of course) made me think about the photographers I love and follow, or perhaps, the types of photographs that pull me in. I think I could always use a little shaking up, widening the boundaries so to speak, and appreciate your blog for presenting different photos/photographers.

I wonder it at times I'm too attracted to what I've been aculturated to expect: perfectly retouched and smoothed out and perfectly-perfect photos. I see many photoblogs that are pushing the edge with their use of filters, multiple (excessive?) exposures, making each image hyper-saturated and so rich that it makes your teeth hurt to just to look at them. Is this photography? Don't know. Maybe it's "imagery" rather than photography, although it all must have started with a lens opening then shutting somewhere.

And then to see the Viviane Sassen photograph. . . it refreshes the palate and primes me for more interesting entries from your blog and point of view.

Hello My Name Is Art said...

Getting to this a little late, but cliché cliché: long time listener, first time caller....I love all of these and especially love the call for healing, number 6. This is like fertilizing the soil and preparing the garden for planting. Have a great season and I will be making my way into the gallery for sure this season...