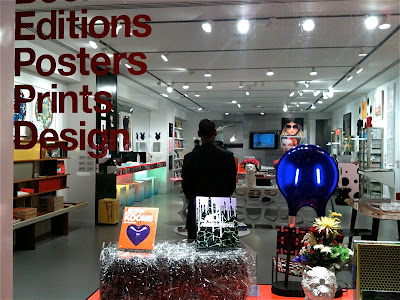 You have to hand it to mega-dealer Larry Gagosian - he sure knows how to do things in grand style. Whether it's mounting museum-scale Picasso shows or raising photographer Hiroshi Sugimoto's prices to close to half million dollars each, nothing is done in half measures. Now Gogo (as he is known) has turned his attention to the concept of a gallery gift shop. And so street-front on Madison and 78th Street, in what has to be some off the priciest real estate around, he has opened an art book/print and tchotke shop featuring mostly product by Warhol, Koons, and Damien Hirst but also including books, magazines, and limited edition prints by people like Murakami and Ruscha.

It's hard to see the business (as opposed to promotional) sense of the enterprise, but it is beautifully done, and well worth a visit even if much of the most desirable merchandise is in the four and five figure range. It also happens to be one of those places that doesn't allow photography so here are the usual surreptitiously taken snaps.

Below, another view of the main floor: 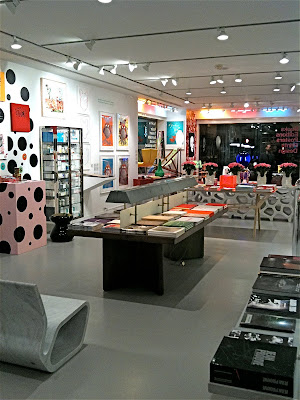 Then a Damien Hirst wall-papered stairway takes you downstairs to a more gallery like room. 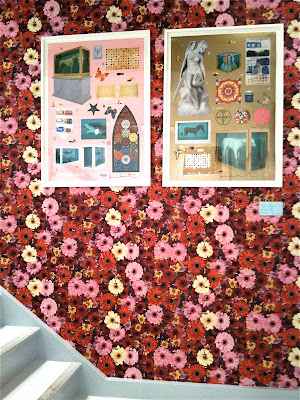 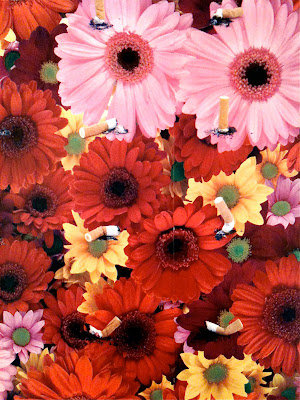 The downstairs gallery (below): 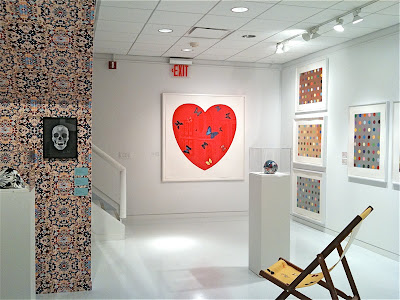 Hard to know how long it will be around for, so I urge anyone interested to see it sooner rather than later.

Posted by The Year in Pictures at 8:19 AM

From one surreptitious photographer to another: Well done!

i wish i could buy smehting there. my eyes were salivating!

Thanks for the tip!

oooo.. i cant wait to check it out. thanks

I know my boyfriend reads The Year in Pictures religiously, so, here goes nothing... I really want the Marc Newson Carrara marble shelf (and a few books) for Valentine's Day!