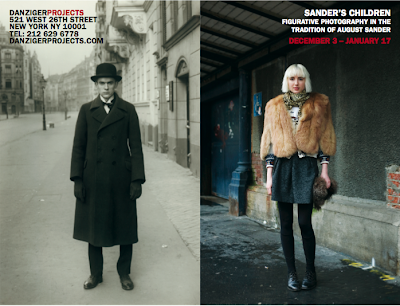 Sometimes an exhibition is many years in the making. Case in point
is the show I'm opening next week which deals with the ongoing influence the great photographer August Sander had and continues to have on photography. Most active from the early 1900s through the 1920s, Sander's credo was simple: "I am not concerned with providing commonplace photographs like those made in the finer large-scale studios of the city, but simple, natural portraits that show the subjects in an environment corresponding to their own individuality."

Sander's monumental photographic project "Man of the Twentieth Century" set out to document the people and typologies of his native Germany. He photographed people from all walks of life and became best known for the straightforward full length portraits that recorded his subjects not only with great objectivity but also with a subtle artfulness and psychological depth that has made them the definitive example of what a photographic portrait should be.

Sander's cool, objective style of portraiture anticipated work ranging from Irving Penn's "Small Trades" series to Diane Arbus's street photographs to The Sartorialist's style portraits. Yet the template he created and the medium itself have been robust enough to hold up to endless reinterpretation. That was the idea behind the show.

Going back to old notes and e-mails, I saw that I had been discussing this show with photographers like Rineke Dijkstra and Lolo Veleko over the course of many years, but what really crystallized the idea was when Sart posted the picture above left on his website and mentioned how much it had influenced him. Sometimes a chance word like this is all it takes to prod an idea into a reality.

One of the many pleasures of this kind of group show provides is the collaborative opportunity to work with some of my fellow dealers. Thanks to them I ended up with everything I wanted for the exhibition from rare Sanders to a large and magnificent Eggleston. Granted, the show could have been many times its current size and I would have been happy to fill a space ten times the size of my gallery, but here are examples by each of the photographers in the show. I hope as many of you as possible will get a chance to see it. To view everything else in the show click here. 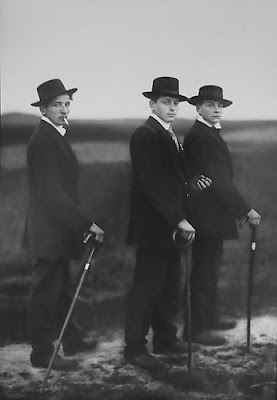 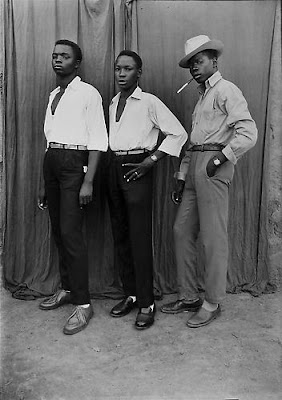 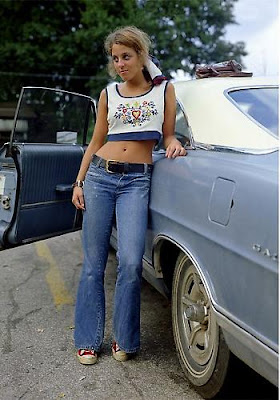 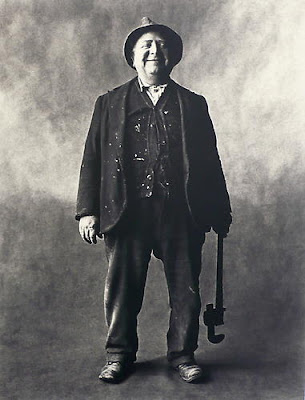 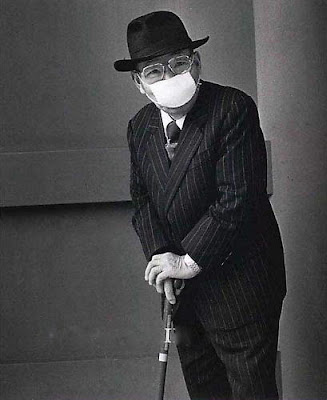 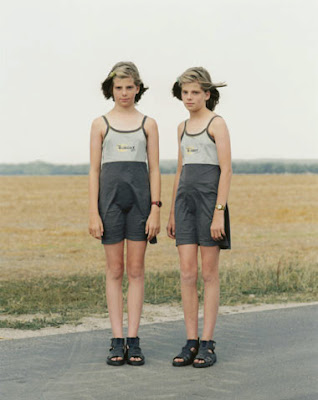 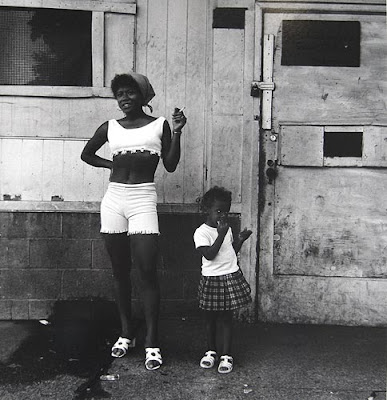 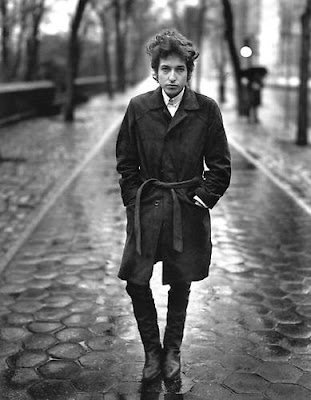 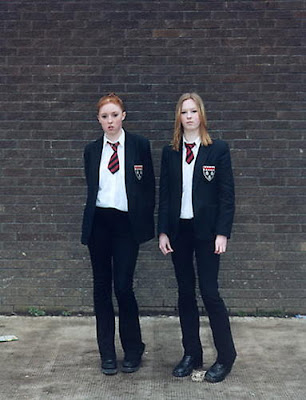 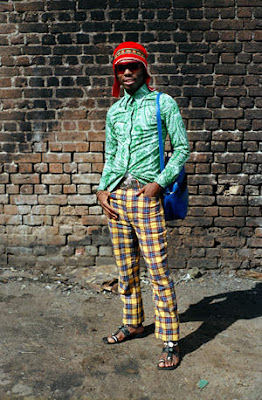 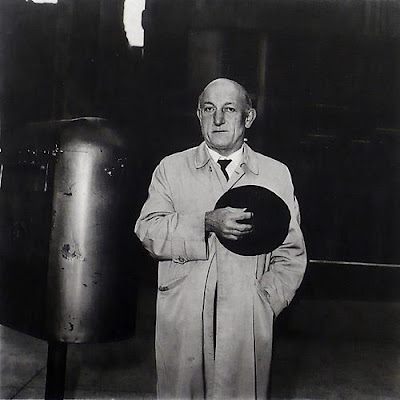 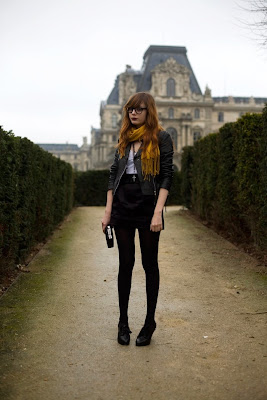 Sander's portrait style is like the blues -- such a narrow set of artistic parameters allows for a huge range of expression. I never tire of these, and I can't wait to see the show.

Great idea for a show. Thanks for making so much of it (all?) available on your website!

Simply wonderful. No more to be said.

wow.... fantastic selection of images. The photo of the three men in suits by Sander has always been one of my favorite photographs, and your selections of complimentary images is wonderful. I really hope to get up there to see this exhibit.

what a great show, I wish I could see it in person. Is there a catalog I could buy?

According to The Sartorialist (April 5 2007) that photo of Sander himself is the very inspiration for Scots's shooting style.

I wonder who took it?

To Freddie - The photograph that Sart referred to and which I used on our invitation card is by Sander but is of the painter Anton Raderscheidt. However, it makes it clear what an inspiration Sander is.

Well, I found one of the Man himself.

very much looking forward to this exhibit!

May I insist?
That is absurd.
Best,
Susanna Laaksonen.

I love this set of portraits. They inspire me to be more original.

Chi-Chi and the Greek Vintage said...

The picture by Milton Rogovin
is so fabulous! Thanks for posting!