Another day, another controversy involving Annie Leibovitz although she seems above reproach to me on this one. This time it’s the Dove “Campaign for Real Beauty” ads. To sum up, the women’s cosmetics company Dove has been running an ongoing multi-million dollar ad campaign decrying the unrealistic depiction of women being perpet-
uated by the beauty, fashion, and media industries and especially (as
in the video above) the rampant use of photoshop. The campaign has garnered prizes and been rightly lauded as a brilliant, empowering, and necessary corrective.

Then last week, in a fascinating 6000 word profile of industry leading retoucher Pascal Dangin in The New Yorker by Lauren Collins, was this passage:

"I mentioned the Dove ad campaign that proudly featured lumpier-than-usual 'real women' in their undergarments," Ms. Collins wrote. "It turned out that it was a Dangin job. 'Do you know how much retouching was on that?' he asked. 'But it was great to do, a challenge, to keep everyone's skin and faces showing the mileage but not looking unattractive.'"

Shortly after the piece hit the newsstands, the beauty cream hit the fan (so to speak). With denials, counter-denials, etc.. We have just begun to hear the beginning of this debate.

The New Yorker is standing by its story -- with one small correction. The publication acknowledged that one of the 6,308 words in the piece was inaccurate -- the word "undergarments." So while the story suggested that a Dove ad showing real women in "undergarments" was retouched by Mr. Dangin, the women in the ads he retouched were nude. These were the photographs shot by Annie Leibovitz, and as you can see from the images below, the Leibovitz images were pretty gutsy pictures. And all credit is due to Dangin for keeping the integrity of Leibovitz’s photographs. 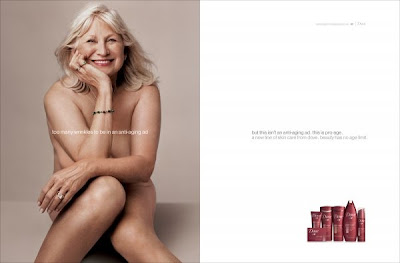 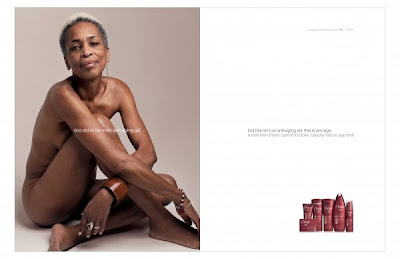 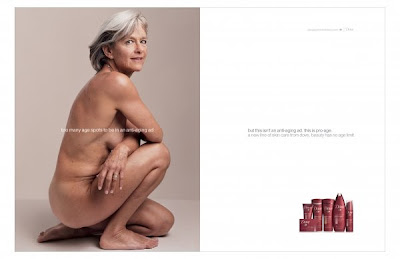 An earlier campaign with photos of a more glamorous group of “real” women in underwear received a lot more publicity, but this was shot by the British photographer Rankin and I think people are getting the two campaigns confused. In any case, I am 100% sure both campaigns were retouched. It is simply inconceivable that any major ad campaign would appear today without some kind of digital help. The novelty in Rankin's photograph was more in the women's weight. 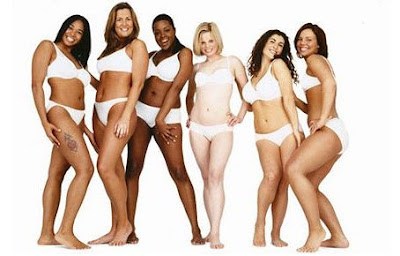 In a joint statement provided by Unilever, Annie Leibovitz, and Pascal Dangin all deny "substantially" altering images. Dove's "real beauties" were not airbrushed says the statement but their photos were treated to eliminate dust from the film and provide "color correction".

So what does this all mean? If anyone were ever to doubt that we are living in a digital age, this should be the final proof that this is not a conspiracy but a reality. Note the word “substantially” in the statement above. A photograph can never be assumed to represent reality, but nor has it ever – from the 19th century collages of Henry Peach Robinson to the artfully retouched glamour shots of the Hollywood stars of the 1930s.

Any photograph used in a magazine, a billboard, an album cover, whatever – can only be presumed to be a photo-based illustration. The issue, which Dove's well-intentioned campaign addressed, is the effect these illustrations have on the psyche, self-esteem, and well-being of women (in particular) not to mention the unrealistic view men might have of women. It brings to mind the shock the eminent Victorian art critic John Ruskin was said to have experienced upon discovering his wife’s pubic hair, after which he was unable to consummate the marriage. Annulment followed thereafter.

The hypocrisy that Dove is now being accused of is understandable but, let's face it, not of a Spitzerian magnitude. However, it is compounded by the fact that the product their ads were pushing were skin firming, cellulite reducing creams. So much for accepting "real" beauty! Perhaps we should just all agree that we are living in both the digital age and the age of hypocrisy.

The relationship between truth and beauty, reality and idealization, has always been fertile but tricky ground. That these “scandals” create attention and debate is not a bad thing.

Posted by The Year in Pictures at 9:50 AM

Leibovitz is such an amazing photographer and the Miley Cyrus nonesense was just disheartening to me. I'd die just to meet her, let alone have her take my photo. I can't believe anyone would attack her for her work.

i agree the controversy and debate that's ensued is actually a erally positive thing. no matter which side of the fence you sit on, we live in a culture where image is everything and everywhere. idealized beauty is intrinsic in human nature but it's so important to arm our daughters (and sons) with the strength to see through the fake stuff and appreciate real, sometimes flawed beauty in all its forms.

Photography will never be an absolute representation of reality. It is the artist's (aka: photographer's) interpretation of a scene and manipulation of light. And then there is Photoshop.

On a side note...I love the Dove campaign...retouched or not.

The controversy can only be good because it informs viewers not to believe what they see and to accept those wrinkles and love handles.
Very much enjoying you articles

Wow, does this get the Ruskin story wrong.

1. Ruskin and Effie Gray did not get a divorce. They got an annulment, which is why the non-consummation bit is important.

2. And the annulment didn't follow "shortly." It happened years after the wedding.

3. The pubic hair story is probably wrong. Ruskin referred to being disgusted by "certain circumstances in her person," and the pubic hair story has a certain charm because it plays into Ruskin's sensitivity to art. But it's speculation, and recent biographers have tended to favor other explanations.

I think what bugs me the most is that the Dove ads were supposed to be about "Real Beauty".

Real Beauty isn't airbrushed and tweaked to appeal to the masses.

So Dove wanted real beauty, just not too much real?

As a former art history major specializing in British painting 1750 - 1850, this was the story I remember.
If it's apocryphal or only half-right, my apologies to my readers and Mr. and Mrs. Ruskin.

As someone very close to this story I can tell you that Ms. Collins was mistaken about Pascal's comments. This has made both him and her very upset and there may have to be a correction printed. Anna Lou's images were not retouched in any normal sense of the term as Pascal would do in other instances.

I'm with Donna. Th whole point of the campaign was a natural woman. How ironic it wasn't. Yet, somehow very American. Hypocrisy--but with style.

I completely agree with your comment that, in this day and age, some level of retouching is to be expected. It is perfectly acceptable to adjust lighting levels and colour temperatures and to ensure that the ladies' skin tones are even and free of spots etc - but the point here is that these women are still being depicted as real women with curves and all the signs of aging gracefully. I really don't see that the public are being deceived.

this whole blogpost reminds me of the message that beauty cannot have meaning if there is hypocrisy.

this website is cleverly made to elevate this point :)

To assume anything we see in today's world is raw and untouched is naive. Even mascara ads show women with fake eyelashes on. It's false advertising but hey, they're trying to sell their product.

I agree with ginger b. While it is hypocritical that Dove promotes 'real beauty' for a product designed to make you beautiful (hey if we all had wonderful self esteems, they'd go out of buisness.) thier models are still models that are out of the ordinary for a time so concerned with youth and firmness.

Personally, I love the photos and the ads.

What annoys me is the adverts seem to be saying it's OK to be a "real" woman, as long as you use this cream, have silky hair thanks to this conditioner, and, now, have airbrushed skin when you get your photo taken.

i like your "photo-based illustration" phrase, it sums up issue very well. great blog btw ;)

From someone who will never be a model, a perfect size, young etc..I love the DOVE ads and Annie's Liebovitz's photos of "everyday" women...it give me hope that no matter who you are..that I can still be beautiful..even if it requires some digital touch up and beauty cream:).
Love the thought provoking and historical ties in your posts. Thank you for posting the photos..I would never get the chance or opportunity to see these in person. So again, thank you!
tommiann