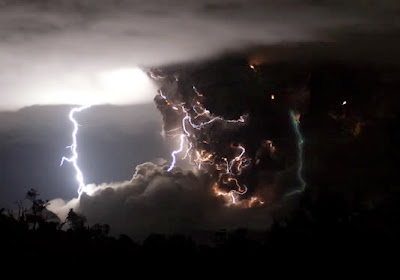 At the beginning of this month, the Chaiten volcano in southern Chile, which had been dormant for many thousands of years, began to erupt. Fortunately, there was time to evacuate the town although the ash has now begun to spread its way south across the entire country.

Photographer Carlos Gutierrez of UPI took these dramatic photographs. If you’re a fan of these “hand of god” kind of pictures, which I most certainly am, there’s an apocalyptic element to these images that’s literally incredible. In reality, however, the drama has been caused by the erupting ash and smoke colliding with a lightning storm. 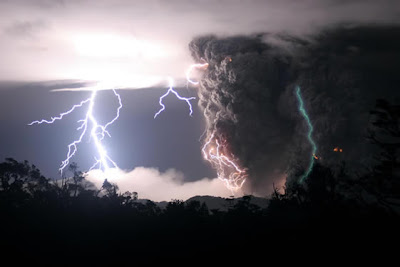 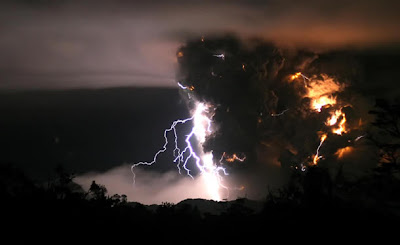 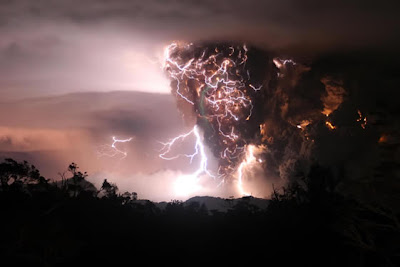 Nevertheless, these kind of images have always had a place in the history of art. The eruption of a volcano was in fact so compelling that it spawned an entire subgenre of landscapes - Vesuvius paintings. Sir William Hamilton, English ambassador to the Kingdom of the Two Sicilies (as Naples and Sicily were known) from 1764 to 1800, was the great patron of this school. In addition to guiding an entire generation of wealthy and artistically inclined young Englishmen up the slopes of the volcano, he commissioned the artist Pietro Fabris to do paintings of the mount in all its moods. Fifty-four of the resulting works were gathered together with Hamilton's own notes and published as Campi Phlegraei: Observations on the Volcanoes of the Two Sicilies. This became a highly sought-after collector’s item as soon as it appeared in 1776. At the same time, Joseph Wright of Derby (one of the greatest British painters of the time) journeyed to Italy to paint Vesuvius and his painting “Vesuvius from Portici” is generally considered the masterpiece of the genre.

Remember that in pre-photographic society an event like this could only be experienced directly – no National Geographic, no evening news. The burning desire to see and record was the force that drove artists to cross oceans, trek the desert, and hack their way through jungles in search of the sublime, the mysterious, the unstoppable force of nature. While today we can travel further, know more, see more second-hand, our opportunity to experience this kind of wonder has changed and become more rare. So when photographs like Gutierrez’s come along, un-photoshopped, unconstructed, and looking the cover of a Meatloaf album, they are a reminder and a warning of the turbulent times we live in and the deceptive sense of connectedness we feel to the planet. 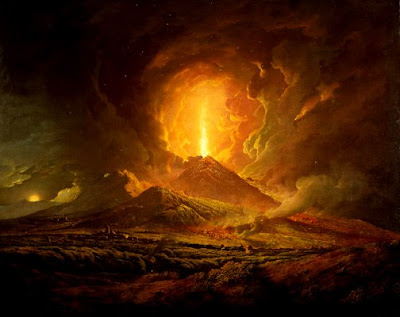 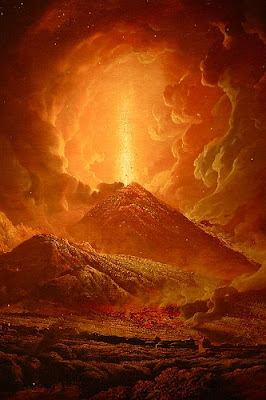 A detail from Joseph Wright's “Vesuvius from Portici”. 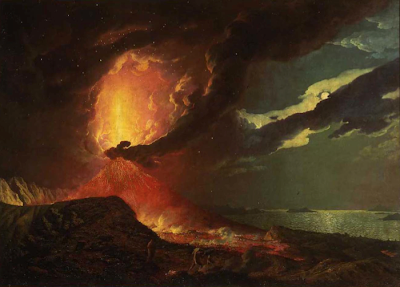 Wright's "Vesuvius in Eruption, with a View over the Islands in the Bay of Naples" painted on his return to England.

Also taken on the first day of what turned into a five day eruption in Chaiten was this photograph by Alvardo Vidal, below. 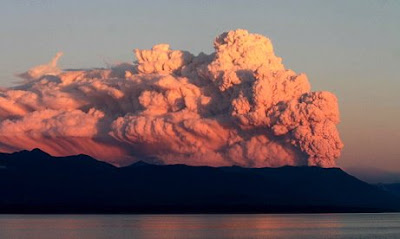 I am glad you posted these pictures for everyone to see the magnificence of nature. I am from Argentina and we felt like this was happening somewhere else like Hawaii or something, not just miles away. Very interesting description of previous artistic/scientific records there is about this subject. I really like your blog.

PS: I would like you to check mine and see what you think about it. Thank you

Virtually unimaginable imagery! Another reminder that our planet is very alive....

Wow, these are beautiful! Thanks for posting them ^_^

incredible!!!
i loved it!