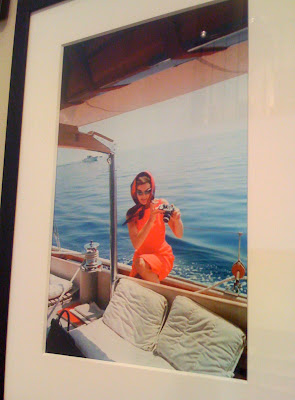 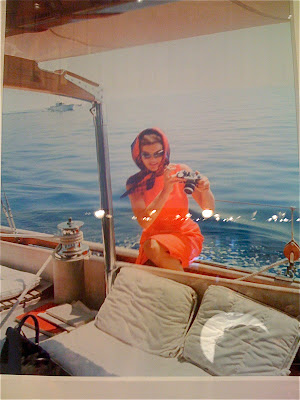 I’ve been a relatively early adopter of all things web (I started my first blog – so boring it put me to sleep - in 1999) but I’ve always felt that the blogosphere is one of the most genuine and creative forms of expression on the web. It's a community I'm happy to be part of and as I’ve mentioned before, what brought me back was a combination of getting to know The Sartorialist and the much lamented demise of the photographer Alec Soth’s terrific blog.

What I figured out between 1999 when I was doing a general cultural commentary and 2007 when I started to focus on photography was that nobody really cared what I thought about American Idol but they were interested in what I had to say about photography – my field of specialty. You have to speak from the core - at which point you can digress.

And so speaking of American Idol and digressing – this weekend I went to see “Every Little Step”, a documentary currently packing them in Manhattan, that follows the casting of the recent Broadway revival of “A Chorus Line” and interweaves the story of the creation of the original play with the actual winnowing down of the dancers hoping to be cast in the revival. It’s part American Idol goes to Broadway, part exploration of the emotional and physical toll of a dancer’s life, and part the backstory of what was clearly a seminal and transcendant work of American theater. Don’t miss it.

On another subject, if weekend shopping is anything to go by, the recession is roaring to a close. I went with my wife and daughter to buy one of her best friends a bat mitzvah present and wherever we went there were huge lines at the checkout desk. It’s also interesting to see how various stores use photography. Ralph Lauren was a pioneer in this. But the photograph above of Jackie Kennedy came from J. Crew. I only had my iPhone so I apologize for the poor quality snap. You just never know where a great picture is going to pop up! 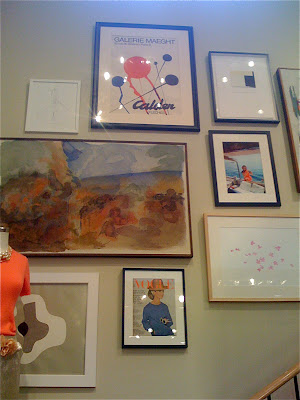 Posted by The Year in Pictures at 9:03 AM

Whoo hoo to the roaring close of the recession!

Last, but not least, over the weekend I read your old post about being happy post AIPAD show... what a nice boost of optimism. It's pretty cool that people are finding the silver lining.

One of the rare photos where Jackie is pictured with a cigarette.

For your radar: I saw a screening of the movie "In a Dream" about the Philly mosaic artist Isaiah Zagar, done by his son... really good... Will be shown on HBO in August, they said... don't know if they are screening anywhere outside of Philly....compelling biopic....

It would be really good to believe that the recession is over! From your lips....

Great photo! I find if very interesting when "famous" people turn out to enjoy photography -- either taking photos themselves or collecting photographs.

In that first category was Phil Hill -- America's first World Driving Champion (1961). I recently acquired a great Jesse Alexander (http://www.jessealexander.com) photo of him joking with other drivers with a Leica around his neck. There's a book of Hill's photos in the works here: http://www.philhill.com/inside_track_book.html

Another example are the Andy Summers photos recently published by Taschen:
http://www.taschen.com/pages/en/catalogue/photography/all/01384/facts.ill_be_watching_you_inside_the_police_1980_83.htm

In the latter category is Isabella Rossellini, who has a fascinating book available here:
http://www.amazon.com/Isabella-Rossellini-Looking-Pictures-Photographs/dp/3829600577/ref=sr_1_4?ie=UTF8&s=books&qid=1242062821&sr=8-4

Have any photos taken by Kennedy been published?

What a wonderful picture of Jackie.

Speaking of stores that use photography in a great way, Paul Smith's stores tend to be very inspirational for me. (Inspirational in both ways -- what they do with photography and the clothes, which I can't afford!)

Great photo. Love the "look" of it. I'm trying to build a profile of that kind of color in my raw conversion software.

i LOVE the jackie photograph. i'm off to twitter about it! thanks, james!

every time I have to make a run to the mall IT'S PACKED! ...and I always think to myself, wait a minute, aren't we in a recession?

I made my way here when I saw your commentary regarding open editions on Romp and Pertinence. Yours is my new favorite blog. I love the variety of your posts and all of the amazing information on my favorite subject: photography. Thanks for sharing...