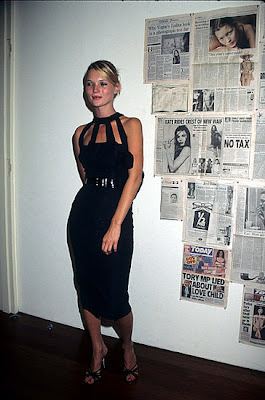 Last week was not just a big week for Barack Obama. It was also Kate Moss’s 35th birthday and the 20th anniversary of her modeling debut! How do I know this? A post on Fashionologie which included an image gallery with the picture above titled “1998 Kate Moss photo exhibit.”

As I'm now becoming a well-known picture sleuth, I can tell you without a shadow of a doubt that in actuality it was 1995 and the location was the Danziger Gallery where we had a blowout exhibition to celebrate the publication of the first and to date only book of photographs of her. If you haven’t seen it, it’s still the best book of its kind and now goes for $300 to $600 on Amazon. The book and my show were designed by the talented art director Phil Bicker (formerly of The FACE) who covered one wall entirely with tabloid press clippings about Kate. (Which is what you see a fragment of in the picture.)

The other publication worth mentioning, although it’s currently unavailable on Amazon, is the Gianni Versace Couture Fall/Winter 1996/1997 catalog featuring Kate photographed by Richard Avedon.
It’s a trip back to his late 60s psychedelia and I’m just sorry the pictures never got printed. However as a tribute to both Kate and the late great Richard Avedon, here’s a selection of images from the catalog. I’m not quite sure where the Versace clothes went! 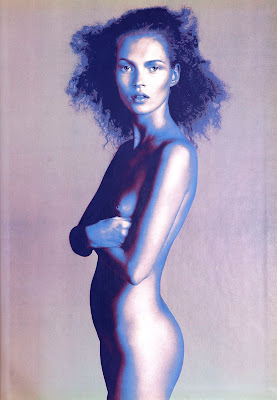 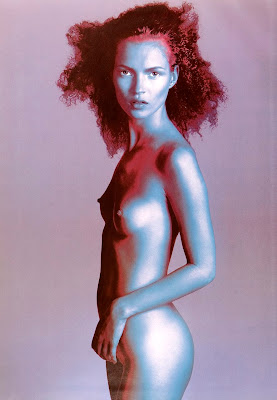 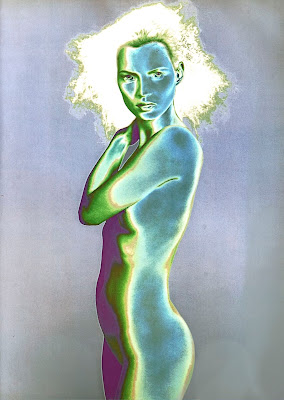 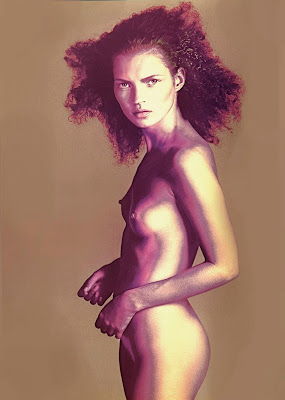 Posted by The Year in Pictures at 3:32 PM

one of your best posts ever. can never have too much kate.

i still flip through my soft cover copy on a regular basis.

WOW! Stunning. I love those shots especially the last one of Kate. The intense stare! And that lighting...beautiful. Thank you for sharing.

kate is a smoking hot women...

I have that book. It was given to me by my best high school friend, with whom I would sneak peeks at Vogue during 10th grade biology lab.

Said friend actually reminded me of Kate. Which is perhaps why she gave me the book? Same friend also once gave me a very intricate, pencil drawn portrait of me that she drew the night before. From memory.

If I'd known then what I know now.