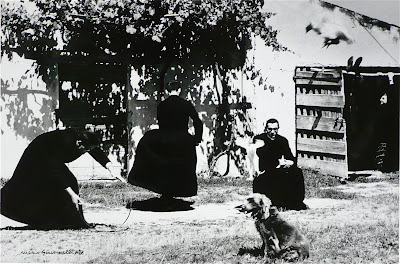 I’ve been going through boxes of photographs trying to organize my collection and just came across this print (above) - the second print I ever bought. (The first was Joel Meyerowitz’s “Dairyland”.)

I remember what appealed to me at the time - not just the kinetic motion, but the potential motion that lay ready to spring to life. The hoop about to be rolled, the cat about to pounce, the dog who could at any second start chasing a chicken. It’s a rarely seen image, especially compared to Giacomelli’s more famous pictures of seminary students playing in the snow, or the image below that appears to be snow but is actually a bleached out courtyard, but it has passed the test of time with flying colors.

At one time Mario Giacomelli was close in stature to Henri Cartier-Bresson, but some unwise deals and an over-saturation of prints created a bad case of over-exposure. He died in 2000 before the market had caught back up with him. He's still highly undervalued.

Born in 1925 in Senigallia, Giacomelli was a self-taught photographer inspired by the neo-realist films of  Vittorio De Sica and Roberto Rossellini. His subjects ranged from the landscape of southern Italy and life in the rural villages, to hallucinatory photographs of the elderly (shot in a nursing home where his mother worked) and pilgrimages to Lourdes. He made aerial shots of bathers 40 years before Richard Misrach and rented tractors to carve lines out of the hills anticipating the earthworks of the 1970s and 80s. He had range.

He said about his photography, “I try to photograph thoughts”, but what he really photographed were dreams. 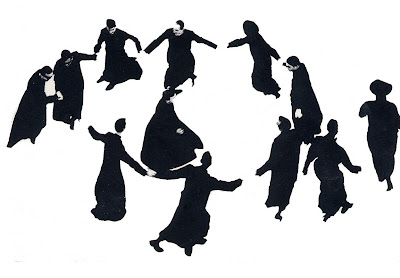 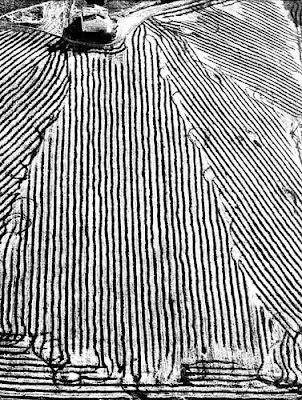 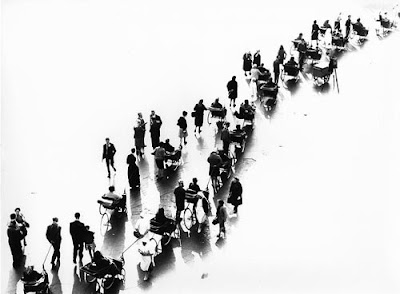 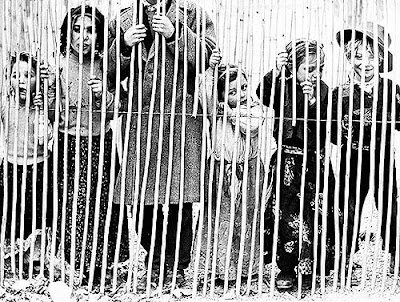 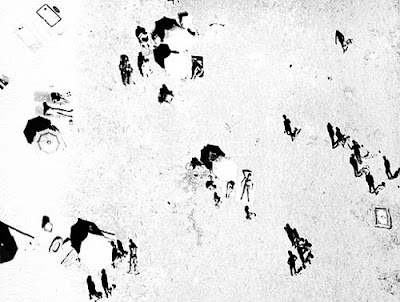 I've always wanted to know what's going on in this (see link below) Giacomelli image. Do you know?

Yes, I've shown the image and it's children climbing up a hay bale. Giacomelli's bleaching out of the middle ground create the surreal atmosphere.

These are stunning. I love the high contrast between the black and white and the simple construction. Beautiful.

If anyone is reading this from tokyo or visiting before may, there is a retrospective of his work at the photo museum..
http://www.syabi.com/details/mario.html