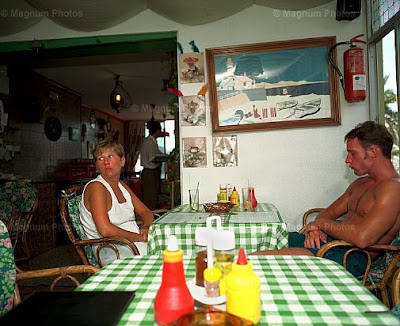 Back from Costa Rica – a remarkably beautiful country, safe and friendly. As it was a family vacation our emphasis was on beaches, hiking, and animal spotting, but one of the interesting sidebars of this kind of holiday is observing your fellow travelers. At one hotel in particular (the otherwise exemplary Hotel Arenas Del Mar) the dining room was filled with so many couples who never spoke to each other or made eye contact I felt I had fallen into some kind of alternate Martin Parr universe. (Oddly enough the next hotel, the famous eco-lodge, Lapa Rios, was exactly the opposite with affectionate couples and animated families.) But I couldn’t stop thinking about Parr’s wry photographs of non-communicating couples and as soon as I hit the first wireless hotspot I went straight to Magnum’s website and pulled up these pictures from Parr’s 1993 catalog “Bored Couples”.

Parr is truly in a league of his own as a colorist, photojournalist, humorist, and social observer. When he first joined Magnum, the old guard predicted the beginning of the end, but Parr has pulled the organization kicking and screaming into the 21st century with a realization that the insignificant moment has its own importance and that the fine art and photojournalistic ends of the spectrum don’t have to be in opposition.

“Bored Couples” is one of about 40 books or catalogs Parr has published on subjects ranging from bad weather and British food to sleeping Japanese commuters and sunburned tourists. Another of Parr’s memorable projects consisted of being photographed in vernacular style by a global cross section of local small-time studio photographers. It’s the least vain self-portrait project of all times! But back to bored couples –it’s Parr’s particular genius to realize that as truly terrible as many of the things are that his Magnum colleagues photograph, the tiny tortures of a humdrum existence, such as sitting at a table with nothing to say to the person you share your life with, are not inconsiderable. Fortunately this was not the case with our Costa Rican holiday! 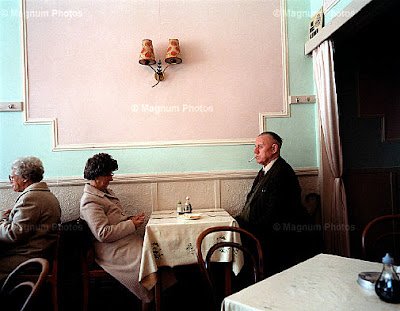 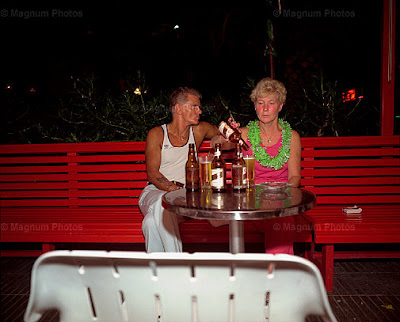 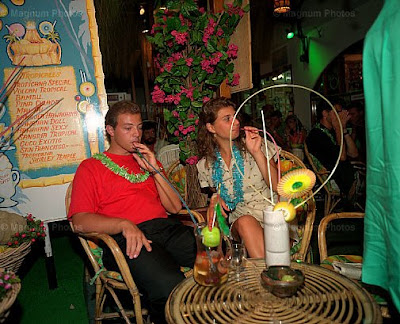 those shots are so amazing and honest.

my husband and i always thanks our lucky stars that after ten years together we have even more to share with one another then we did on our first date.

Great photos! I love this series of shots, as disturbing as they are.

I hadn't seen these. What a brilliant conept!