Not Just a Pretty Picture 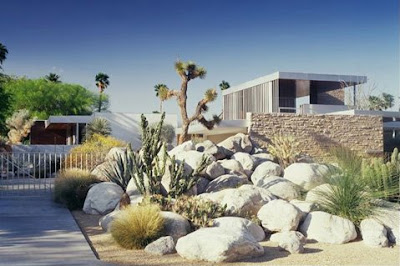 I was browsing Artnet and came across two pictures which I presumed were Julius Shulman photographs. I was trying to figure out where they were showing until I realized it wasn’t the pictures that were being sold, but the actual houses!

While interest in Ezra Stoller and Shulman’s photographs (the two great photographers of modernist architecture) continues to grow, the boom market in 20th-century design has now brought entire modernist houses to the auction block! The top photograph is Richard Neutra’s 3,200-square-foot Kaufmann House in Palm Springs, a glass, steel and stone structure designed by Neutra in 1949 as a desert getaway for Philadelphia department-store magnate Edgar J. Kaufmann Sr. (who was also the client for Frank Lloyd Wright’s Fallingwater a decade earlier). The house is estimated to sell for $15 million-$25 million, and is included in Christie’s big evening sale of postwar and contemporary art on May 13, 2008. The home was purchased for $1.9 million in 1993 by Brent and Beth Edwards Harris, who spent another $5 million on a five-year-long restoration. The couple is divorcing.

The second picture is Louis Kahn’s Esherick House in Philadelphia, which is being sold by the Wright auction house in Chicago at its design sale on May 18, 2008. The two-story, 2,500-square-foot, one-bedroom structure, located in the Chestnut Hill area of Philadelphia, carries a pre-sale estimate of $2 million-$3 million. The house is being sold by Dr. and Mrs. Robert Gallagher, who bought it in 1981. For the sale, Wright has published a deluxe catalogue with photographs by Todd Eberle. 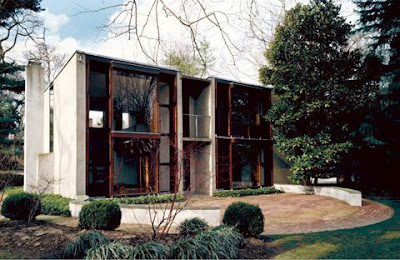 Posted by The Year in Pictures at 8:50 AM

im glad youve noticed these, as a student in the architecture school of Philadelphia University, I've studied these, including Neutra's Kauffman Desert House personally. It is the backdrop for many fashion photographs and lends itself beautifully to its enviornment. As well I believe there is another Neutra being sold on the same block of my school on School House Lane. If I had some spare millions I would live there in a second.