A Talent to a Muse

Not every much photographed beauty becomes a muse. In fact we seem to be somewhat short of muses at the moment, at least compared to the 30s and 40s and subjects like Lee Miller, Charis Weston, Lisa Fonnsagrives, and Eleanor Callahan, not to mention the movie stars photographed by Hurrell, Bull, etc.. But if asked to identify the muses of our time I would have to pick Jessie Mann and Kate Moss. 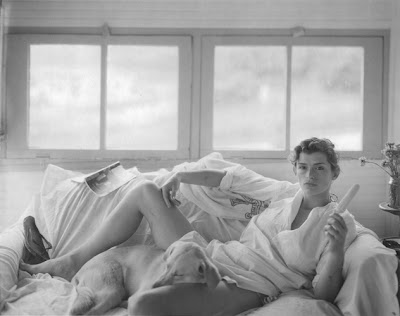 Jessie, as most people know, came to fame as one of Sally Mann's extraordinarily striking family. Jessie has written about the pros and cons of being so much and so controversially in the public eye, but she got the bug and re-emerged a few years ago to begin a collaboration with Len Prince in which she is both the subject and co-author of the images. A show of their recent work just opened at the Fay Gold Gallery in Atlanta. Here is a picture that's so new it's not even in the show, but combines the best of three worlds - Mann and Prince's collaborative art direction, Prince's technical photographic skill, and the updated classical/pictorial tradition begun by mama Sally. 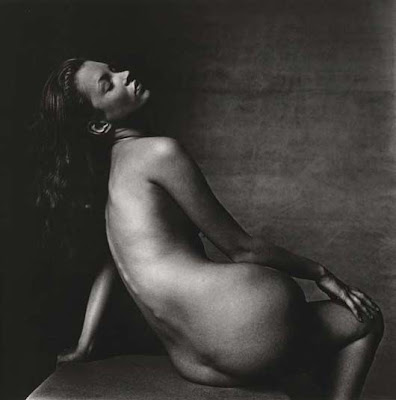 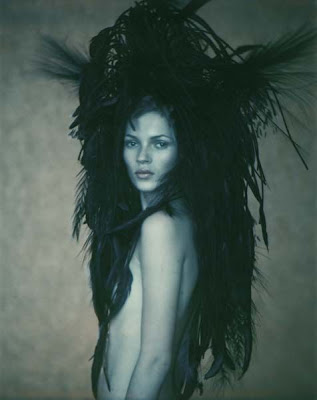 Kate Moss (who I'll try to refrain from writing about too often) has a presence that seems to inspire every photographer she works with to great heights. There is something inherently non-commercial in her look so that pictures of her appear more artistic than advertising or editorial, and she's never vain. Anyway, here are a 1996 Irving Penn shot and a 1994 Paolo Roverso polaroid - both coming up for sale tomorrow at Phillips in London. The Penn is estimated at $30,000 - $40,000 and the Roversi at $3,000 - $5,000 - which would certainly qualify as my steal of the week.
Posted by The Year in Pictures at 2:20 PM