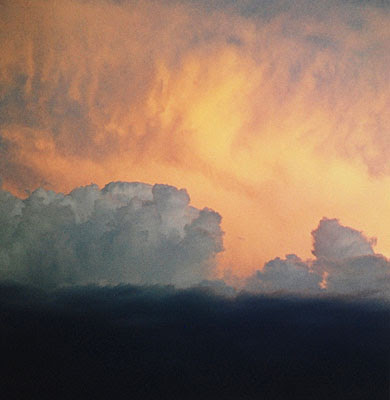 When I'm on the road and am asked what I do, the follow-up question is inevitably "What's your favorite photograph?". And while I should have a ready answer I'm usually stymied as I take the question very seriously. Thinking about the question in the context of this blog, I realize that the subject I've been most often drawn to is the sky. It's easy to take obvious sky pictures so people who re-invent the genre really stand out. Eliot Porter, whose cloud pictures I opened my first gallery with in 1989 was a secret sky-taker. I had seen several cloud pictures in his 1987 monograph and wrote to him in Santa Fe asking if there were more. I was graciously invited out to his studio, and there Porter pulled down box after box of cloud and sky pictures, literally hundreds of individual dye transfer prints one more beautiful than the other. He had been hoarding them for decades. 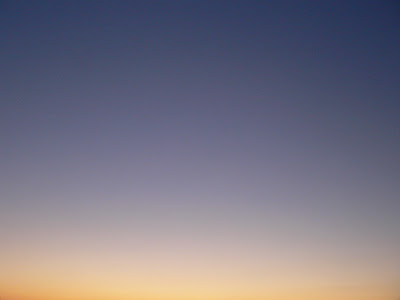 Six years later I had the chance to put up the first exhibition of Richard Misrach's Desert Canto XVIII - Skies. A series of unique 40 x 50 inch prints of western skies, the pictures were pure color abstraction that always made me think of Rothko. I remember saying at the time I could have left that show up forever and I'm sorry no De Menil came in to buy the complete set and install them in their own space. However, I did get one for myself that hangs in my home and gives me enormous pleasure. 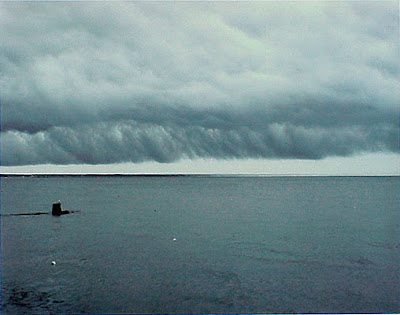 Joel Meyerowitz's "Bay/Sky" series chronologically both predates and outlasts Sugimoto's (different but still great) horizon series although Joel is rarely given the credit. However, when he started his Cape Light work in the mid 1970s, he was really the person who set in motion the return to large format photography as well as being the first committed colorist of the '70s. 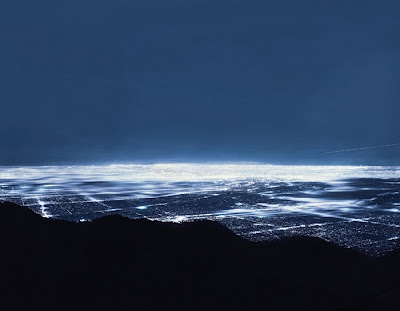 One last sky picture that has given me a great deal of pleasure is this picture by Florian Maier-Aichen. (At least I feel it's a sky picture.) A photograph of Los Angeles at night, it has been my laptop background for several years and I've never felt the slightest need to change it.