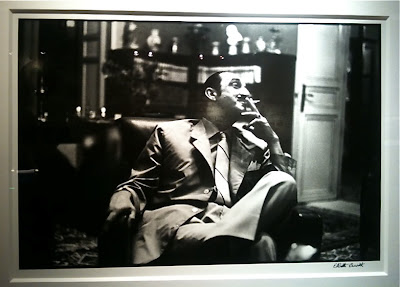 The Chelsea Market on West 15th Street is a block long pass through of mouth watering food shops developed within the site of the former Nabisco Factory. Over the last few years, they have been putting up free photo shows of a mixed quality, but up right now is their best show to date - a selection of Elliott Erwitt photographs shot in Italy over the last 50 years. I was particularly taken by this stylish picture taken in Sicily in 1965. I'm not sure who the gentleman is but it is definitely Sartorialissimo! 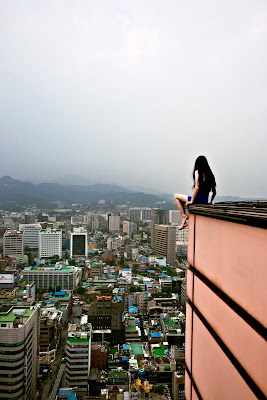 Elsewhere around town, the theme seems to be women in danger. Above from Aperture's "States of Flux" show - Jun Ahn creates a striking performance piece confronting the encroaching urban environment of Seoul. 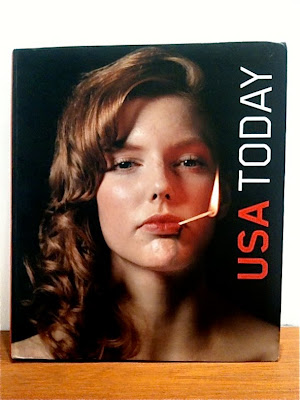 Meanwhile on a chance visit to my neighboring gallery Fredericks & Freiser my eye caught this catalog by the front desk with this startling image by Josephine Meckseper. Meckseper is a U.S. based German contemporary multi-media artist so you can be sure this image is a comment on American culture. (Feel free to offer your own interpretation.) 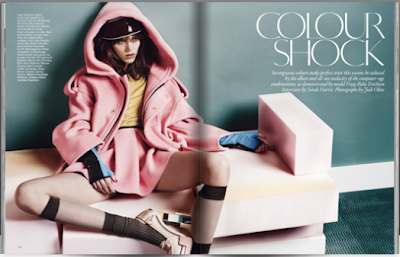 This month's British VOGUE offers up these striking photographs by Josh Olins. The "Contributor's Notes" explained that the pictures were inspired by the British painter Euan Uglow - certainly not a household name but as you'll see below, it's actually an interesting source and a good example of an artist being inspired by rather than copying someone else. 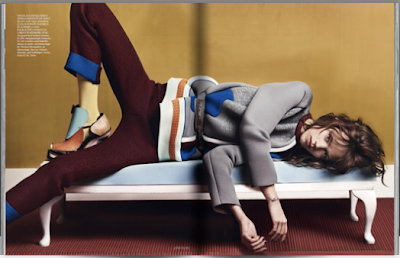 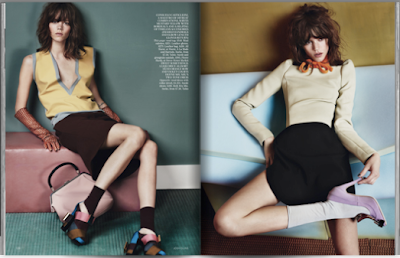 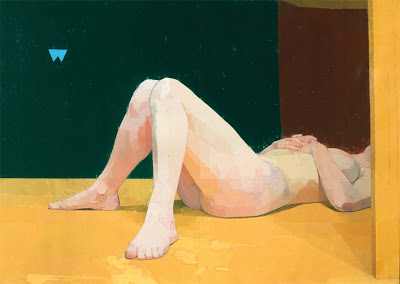 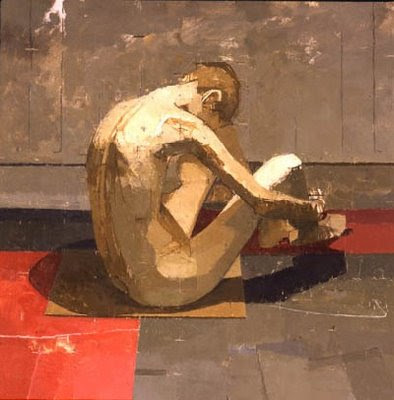 To finish off the week, a chance encounter with Lisa Atkin, who manages the advertising and design company Baron & Baron, brought up this adorable picture of her brand new puppy, Max. I forgot to ask if the composition of this iPhone photo was also inspired by Uglow. 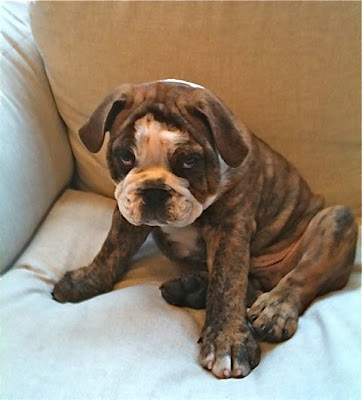 Posted by The Year in Pictures at 3:49 PM

that must be dali, provocative pose , mustache and all.

Erwitt at Chelsea Markets? Wow, I hope it's the beginning of great photography there.

HCB must be rolling in his grave to hear Erwitt compared to the sartorialist.

I think HCB (and Erwitt) would always be pleased to hear an image of theirs had style - which is what Sart has in abundance!

I just walked through Chelsea Markets and there are true Erwitt gems in there, especially from the 1950s. Definitely worth a visit.

I was just in NYC, too bad I missed the Erwitt at Chelsea Markets. Hopefully it will be around next time I'm in the city.