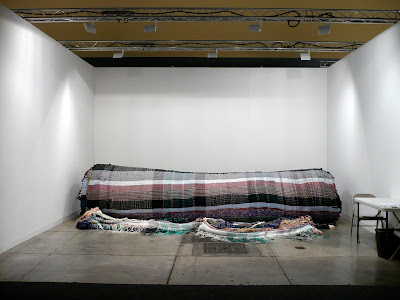 There's no question about it, Art Basel Miami is bigger, better, zanier, and more unique than any other art fair I've participated in. It's energizing but also a real energy suck no matter how successful you are. However, I'm pleased to report we had a very successful fair, exceeding expectations. So sorry about the delay in the report, but there has been a lot of follow-up to do. This is good news.

Regarding the picture above, I kid you not. This is a finished booth at Art Basel Miami, as are the next four below. Click into them for a more detailed look and tell me what you think. This is contemporary art. 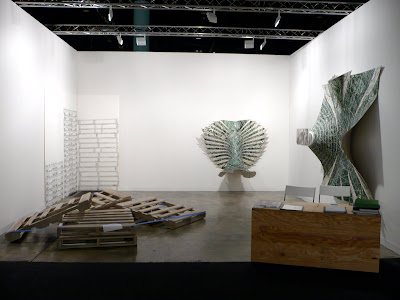 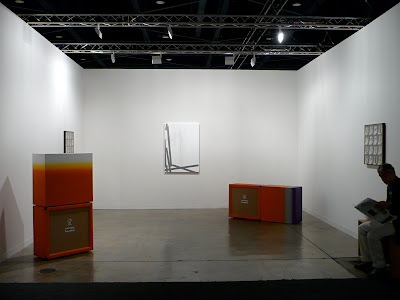 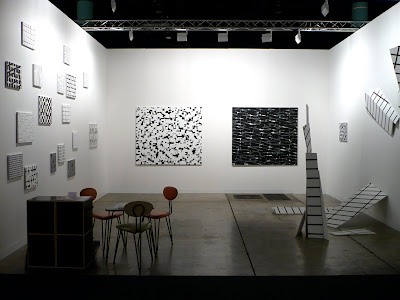 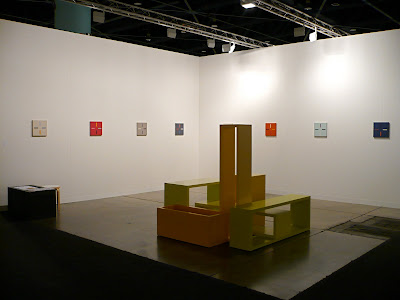 Given the above, it wasn't a huge surprise that our booth had a steady stream of traffic that made it, according to most reports, the most crowded booth at the fair. When asked to define the gallery's aesthetic, I sometimes answer that it's about the nexus of quality, originality, and accessibility - which is not the hippest place to be - but in contrast to much of the minimalism, conceptualism, and what sometimes I can only see as cases of a real Emperor's new clothes syndrome of art, it pays off.

Anyway, this is the Danziger Projects booth below. 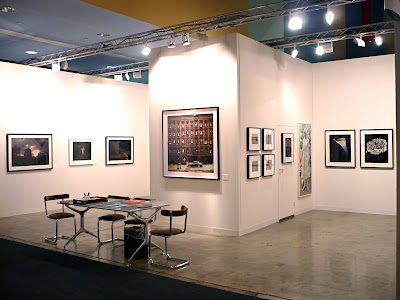 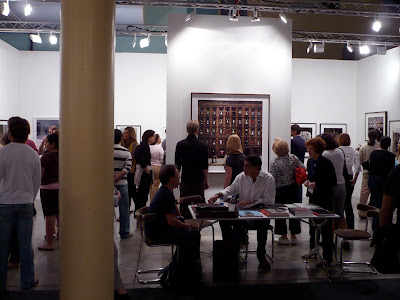 Nevertheless, I did steal away to look for good things for the blog. But with the vast array of works and galleries, it was paradoxically difficult to choose a top ten, but here goes. I've mixed media as the fair had less photography this year than in years before. I wonder whether this is an early sign of a trend of contemporary art galleries (as opposed to photography galleries) backing away from photographs. 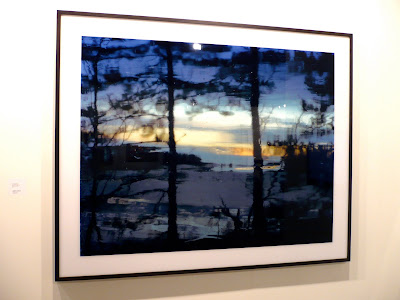 Jorma Puranen from Galerie Anhave in Helsinki painted a board black and then went outdoors to photograph an icy landscape reflected in the shiny paint. 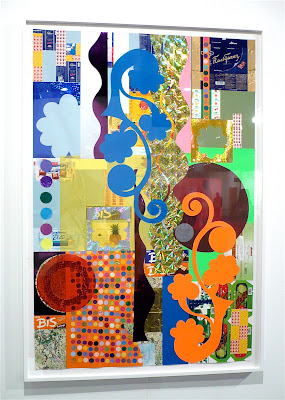 I've always liked the work of Beatriz Milhazes and was taken with this cheery collage at John Berggruen. 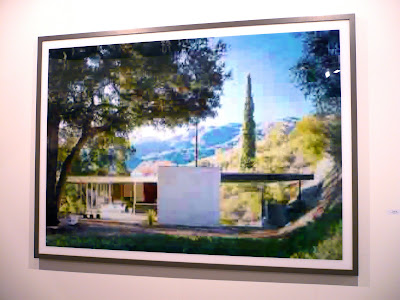 One of the better examples of Thomas Ruff's enlarged j-pegs. It's one of those "why didn't I think of that" ideas - but he did it first. 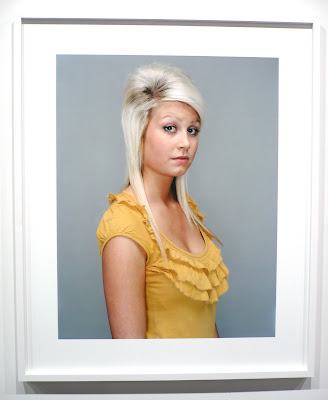 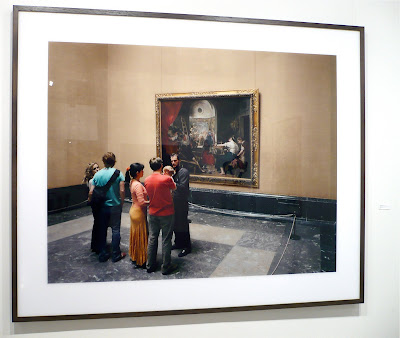 And one of the latest from Thomas Struth's "Museum" series. 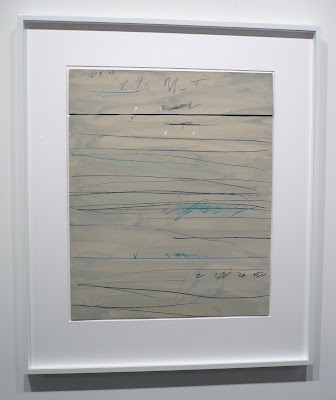 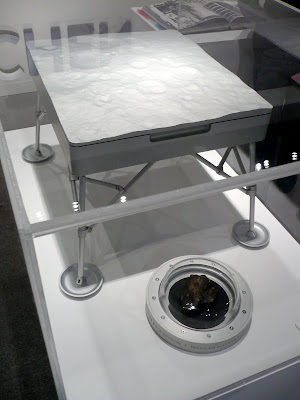 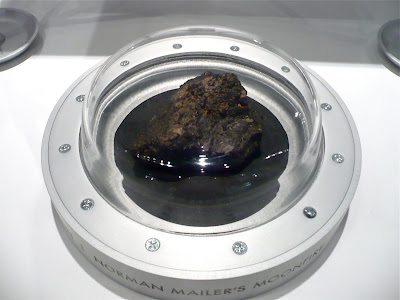 A long shot and detail of the Taschen special edition of Norman Mailer's "Moonfire". Designed by Marc Newsom, there are only 12 copies - each with a different sample of lunar rock. This one - the largest - sells for over $1 million. It's the closest I've been to the moon, but I was sorry not to get to hold the rock and be able to say I had touched the moon. 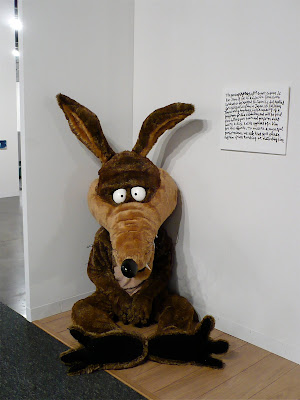 The appeal of this is that it's sometimes how you feel at the end of the day. 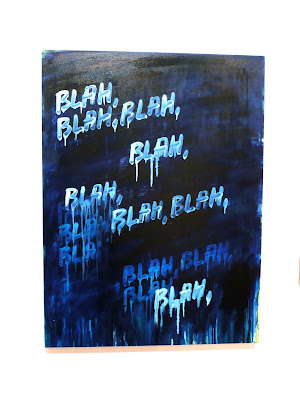 And this painting my Mel Bochner is how you sometimes feel in the middle of the day. I also like the Yves Klein blue. 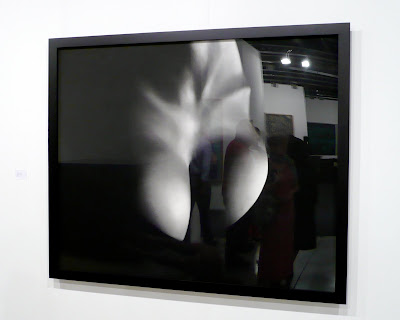 And last but not least, this large scale and show-stopping charcoal by Robert Longo. I was not the only person to appreciate this.

I'm not really familiar with Rineke Dijkstra (except for that lovely picture of a young girl on the beach Botticelli-style), but I'll certainly be looking her up now I see she's been photographing here in Liverpool. Interesting to think that some of the gals in their glad rags will now be works of art!

...the robert longo piece might have been the breast in show.....no?

Image #4 of the B/W booth, I love. Particularly the table and chairs, which I have become obsessed with since Frieze art fair as I think they too send a sublimimal message about the galleries ethos. Sounds a bit pretentious I know but it is an addictive sport.

Your main image in your booth, who is it by?

Rineke Dijkstra's image is my favourite by far. she has managed to give dignity to a culture much derided by the British media, and created something very beautiful.

Terrific selection. The Thomas Struth is extraordinary. I also love the Beatriz Milhazes piece. And I think your booth brought dignity to a not entirely dignified event.

I like the spare look of the booths -- even that first one grabs my attention. They make me want to see them in person. Your booth is nicely understated.

And Jorma Puranen -- gorgeous! One of those "Why didn't I think of that?" though really, the final product is much more than just a great idea.

What a great post! While I suspect my level of art appreciation falls far below that of your typical reader, this doesn't keep me from greatly appreciating your posts and insights into the world of art and photography.

As for the stark booths at Art Basil Miami, I don't "get it" and that especially goes for the first photo and for the pile of wood pallets in the second photo. I stacked wood pallets as part of a warehouse job during my youth and none of us ever viewed the task as creating art.

But to each his own (or to each her own). Mostly I'm commenting to thank you for all the time and hard work you put into this blog. It is interesting, informative, and entertaining, and also greatly enjoyed. Congratulations on the good showing in Miami and have a great 2010.

Okay. Ditto Frank's comments all the way. Not too fond of the assemblages in the first few frames--reminds me of my son's dorm room in college, I'm afraid.

Loved seeing the show through your blog--your eyes. Thanks for all you do!

The strangest thing just happened, I tried to send a link of your blog to a friend using facebook, and facebook will not let me. Apparently, your blog as been reported as abusive by facebook users. What!?! Anyway, I sent the link the using good ol' fashion email. What gives?