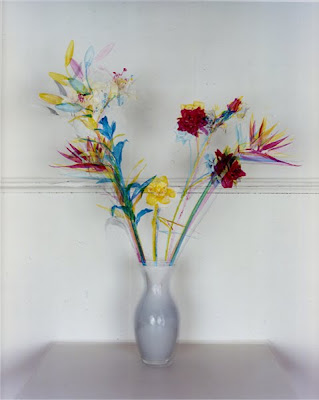 A little Dutch humor. Photographer Jaap Scheeren, one of the contributors to "Dutch Seen" at the Museum of the City of New York, devised this pseudo scientific experiment in collaboration with fellow artist Hans Gremmen. It's a little difficult to follow exactly what it's all about, but whatever it is, I found it quite compelling! In Gremmen's words:

Is it possible to create a three dimensional colour separation? That was the question that triggered us (photographer Jaap Scheeren and me) to start this experiment. A bouquet of fake flowers was arranged as starting and striving point. The next step was to create four still lives of this bouquet: one in Cyan, one in Magenta, one in Yellow and one in Black. These still lives were photographed and merged into one image. In theory this should have been the same as the starting point, but in practice it became “Fake Flowers In Full Colour”.

I think the point is just to make an intriguing visual, playing with the conventions of 3-D, but what I like about the image(s) is that just when you think there's nothing new that could possibly be done with a particular subject, along comes something that's playful, intriguing, oddly beautiful, and original. 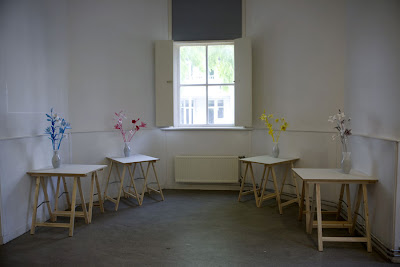 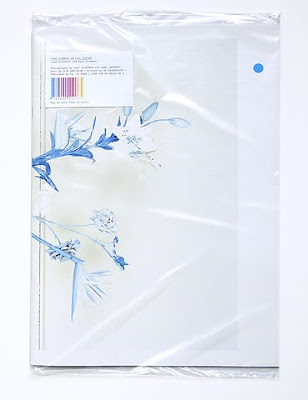 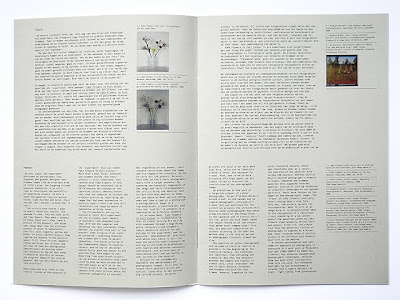 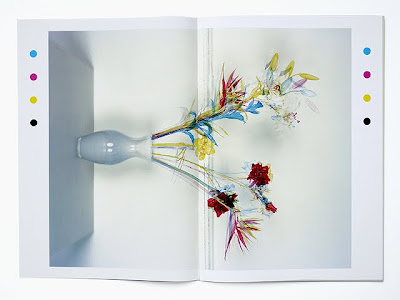 Posted by The Year in Pictures at 9:09 AM

That is completely fascinating. It's so cool to see an idea come to life. You can literally feel how the brain spark came to be a photo. I mean what's real, what isn't? I find myself thinking this every time I look at a digital pictures. Are photos mostly about manipulation now and days? Or has it always been about manipulation? Such a brain teaser, thanks!

This looks so beautiful. Very nicely done. I love this. Thanks.