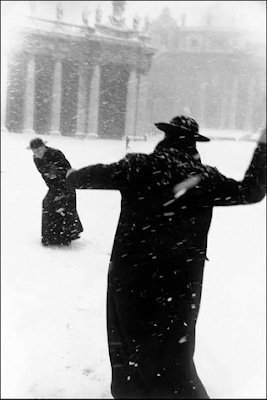 First card in was from Magnum Photos with a large selection of Xmas and winter themed photos from which I've selected my favorites. Strangely for Magnum no credits were attached. I believe the one above is by Leonard Freed and was taken in 1958 which makes it pre-date Mario Giacomelli's famous series of student priests playing in the snow. The one of the inflatable Christmas figures behind a fence is by Martin Parr. Other than that we will have to make this a guessing game. The last picture in my edit is of two brothers meeting at Christmastime in 1963 after being separated for years by the Berlin Wall. The moment was captured by Ian Berry. 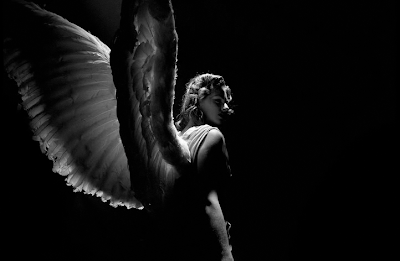 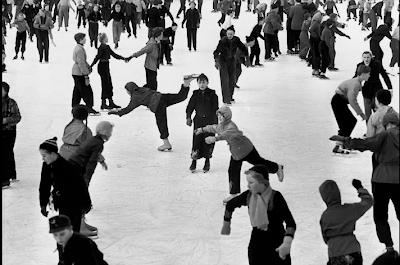 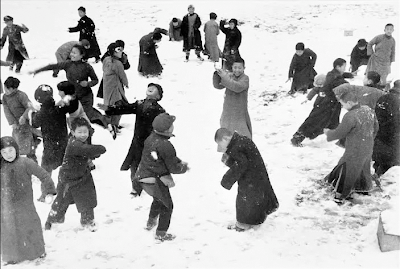 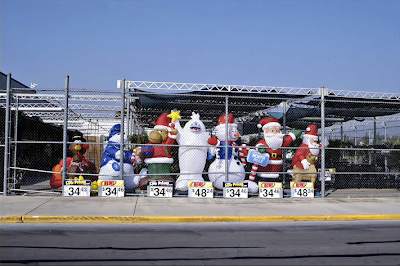 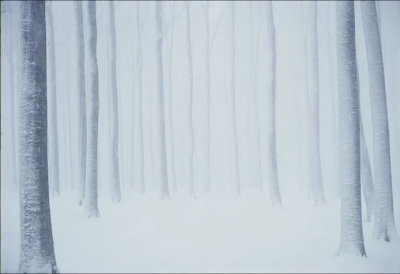 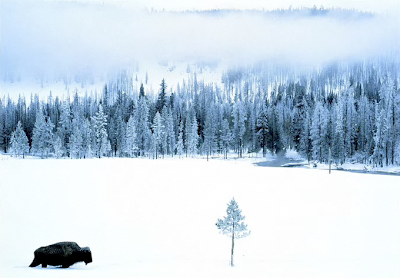 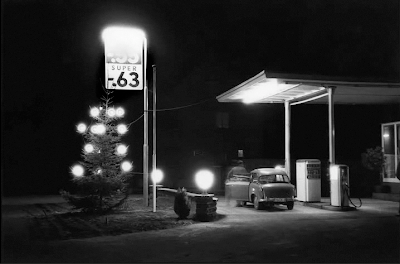 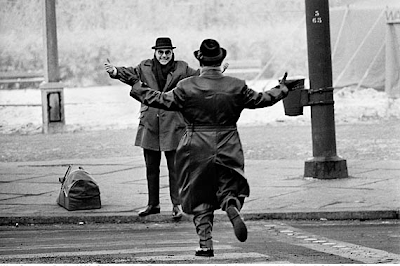 Posted by The Year in Pictures at 8:13 AM

Thanks for posting these images, as well as your own holiday greeting card.

The Ian Berry image simply stopped my heart - and that was before I read your comment on the setting and photographer!

And the ghostly trees - please let us know who took that image, if anyone comes forward.

And I love the children playing in the snow, with echoes of Matisse.

That's what I get for being gone this last week--missing these great posts. Glad I can catch up. We opted for no Christmas picture this year, but our family favorite has to be the one in Venice, the canals behind us, taken by a passing missionary. It was a once in a lifetime vacation for our family and that's perhaps why we love it.

Since it's New Year's Eve, and we're on the cusp of another year/decade, I just wanted to say thanks to you for your blog. I've dabbled in darkroom photography, have run the black and white photo lab for our local university (I was good on technique) but I never pretend to being a real live "photographer," although I love to take photographs. I do have some successes (that my friends and family love) but mostly I stand in awe of much of what you present here. Your blog always enlarges my horizons just a little bit more.