From my iPhone - The High Line 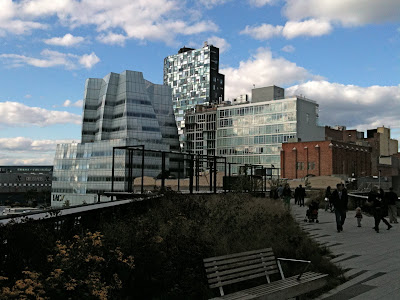 Much praise has been heaped upon The Highline since it opened this past spring. For those who haven’t heard about it, the High Line is a 1.5 mile section of the former elevated freight railroad of the West Side Line, which runs along the lower west side of Manhattan. It had fallen into disrepair and was slated for demolition until an incredibly creative and determined group of conservationists came up with a plan to redesign and plant it as an aerial greenway. Running from the Meat Packing district to Chelsea, it has now taken on the relaxed and artsy characteristics of those neighborhoods and in the process become one of New York City’s newest tourist attractions.

It’s a well known phenomenon that you never get to see the things in your own city that tourists do, so after the umpteenth visitor to the gallery told me they had been to see The High Line, I finally just walked out of the gallery to make my first visit.

The charms of The High Line reveal themselves gradually. If you enter at its current northernmost entrance on 20th Street your first thought is “what’s the big deal?”. It’s just a planted stretch of old railway. But as you walk south, passing beautifully designed benches, a multitude of different plants, and a cross-section of lovers, loafers, tourists, and the just curious – you realize that as much as anything it’s an experience. I guess in its own way it’s a work of art combining nature, cityscapes, people watching, and the opportunity to take a break. There are ample places to lounge, smooch, nap, snack, or read, and more photo-ops than a night on the town with Lindsay Lohan.

Then as you continue southward you come face to face with the new Standard Hotel which strides the Highline like the Colossus of Rhodes. A couple of art installations later you reach the end at Gansevoort Street at which point you can descend or go back the way you came.

While it will surely be interesting at different times of the year, I imagine spring to fall is the best time to visit and so for those New Yorkers like me who just haven’t gotten around to a visit, I’d recommend you go on one of the remaining blue sky days promised in the next week. And if you really want to treat yourself to something new and good, add on a visit to the Standard Grill – New York’s latest hip restaurant, but one that lives up to the hype! 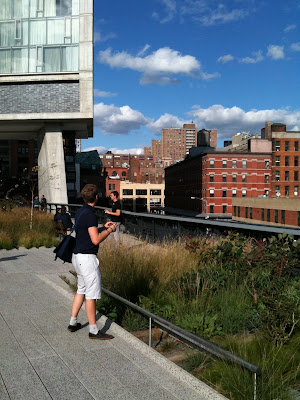 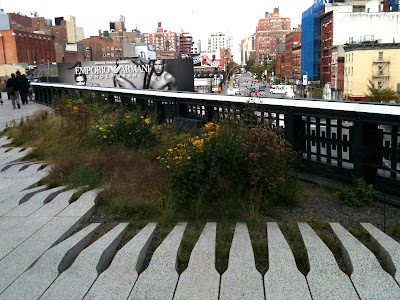 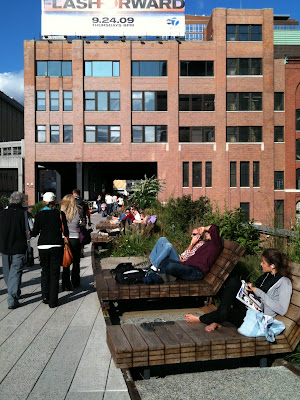 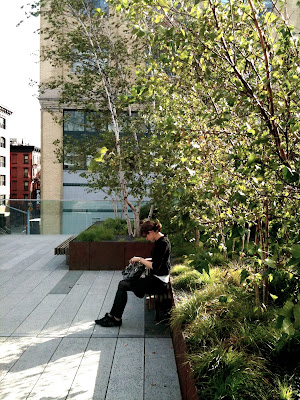 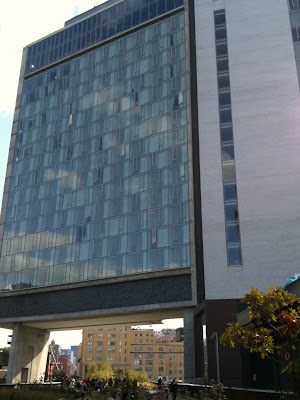 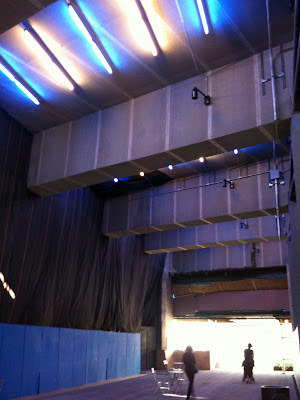 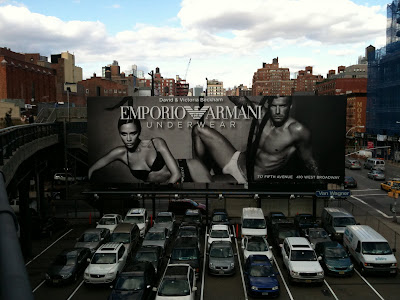 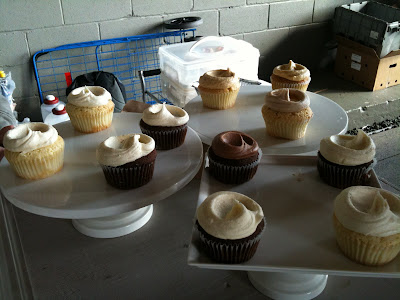 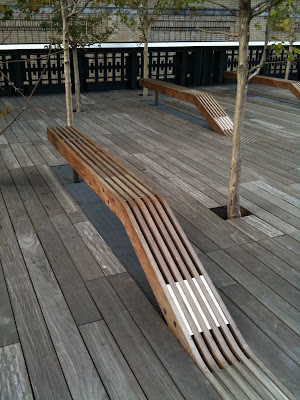 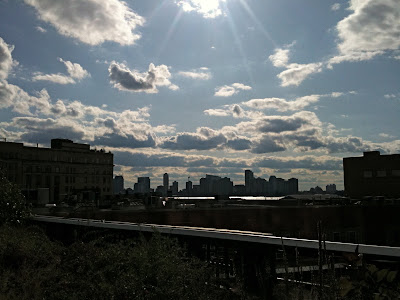 Posted by The Year in Pictures at 8:52 AM

True, I never went there, and now I want to go! Before the winter because the wind must be something....

This post makes me wish i will be in NY instead of switerland for fall.
As always, your blog makes me travel and discover new things. it keeps my eyes open, thanks!