Why Am I Showing This Picture? 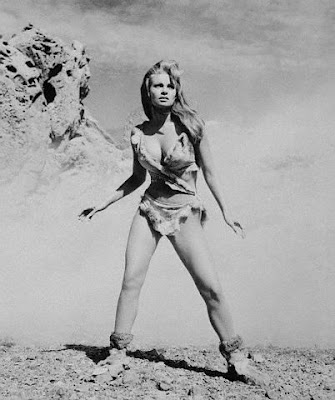 My friend the super-agent Mark Reiter (he got Jack Welch $7 million for one book so I think that qualifies him as super) is in his spare time a master bracketologist. For those not in the loop, a bracketologist is a maker of lists of 32 items in a given category that go up against each other tournament-style to determine who is the champion of the field. Of course it helps if the list-maker has some credibility and so in his latest book “The Final Four of Everything” Reiter has everyone from film critic Manohla Dargis on the best Clint Eastwood films (Million Dollar Baby) to New York Times court reporter Adam Liptak on the best Supreme Court Decision (Brown v. Board of Ed). As a friend of the family I was asked to do "Iconic American Photographs" on which more later. But my advance copy of the book just arrived and I was pleased to see a number of other photo related lists.

The picture above, the famous shot of Raquel Welch from "One Million Years B.C." was the runner up to Rita Hayworth (below) in American Pinups as bracketed by Gregory Curtis, former editor of Texas Monthly. 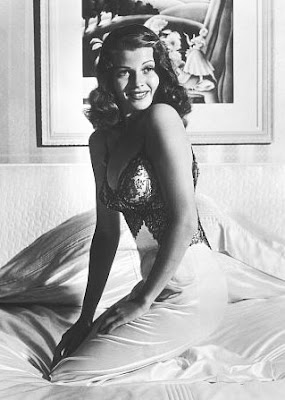 Then there’s Celebrity Mugshots by Willie Geist – co-host of MSNBC’s Morning Joe – resulting in a showdown between Nick Nolte and James Brown. 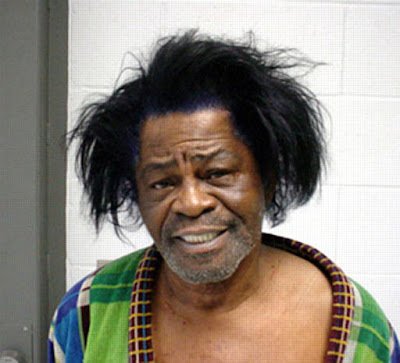 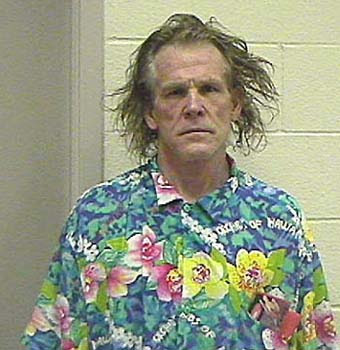 While not included, this earlier mugshot of Brown from 1988 probably deserves an accolade for the most suave mugshot! 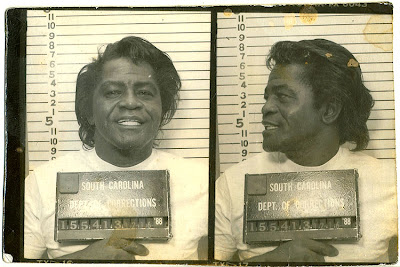 Anyway, back to my category – Iconic American Photographs. I’ll give you my final four and you can let me know which you would pick. 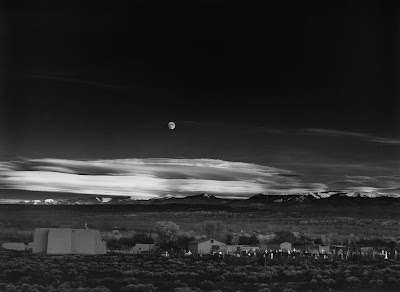 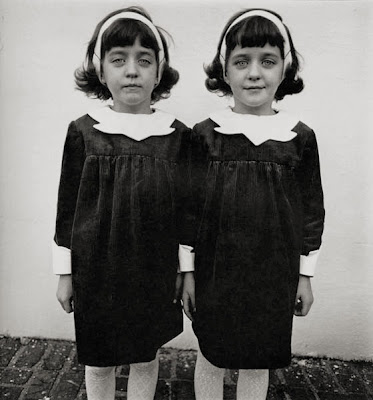 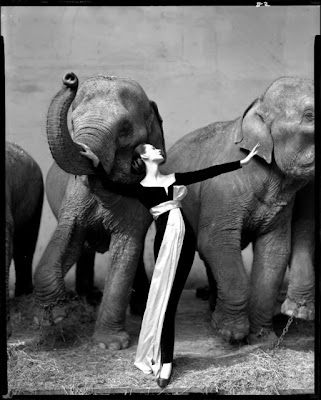 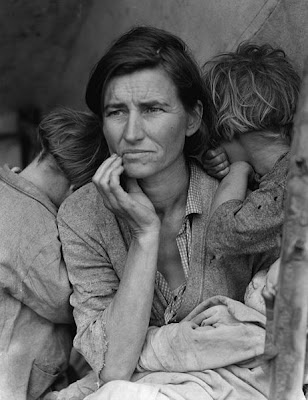 The book comes out next week at which point you can join the debate over Best American Wine, Best Political One Liners, Best Motherly Advice, Best Celebrity Baby Name, and 146 other bests (or worsts).

Wow, that's a tough choice. I'm going to eliminate Richard Avedon early; he's a great photographer and that image is a tour de force, but it lacks human interest to me.

Next to go is Ansel Adams, for much the same reasons. Superb technique and visualization but ultimately not as interesting as Arbus and Lange.

So, which to pick? The twins: Almost identical yet each showing their own personality? Or the devastating mixture of despair and strength in the Lange photograph. Both show a tension between two different human reactions. Both touch me deeply. Oh dear, I don't know!

The heart lunges for the Lange.

The mind goes for the Adams.

I think the most iconic image is Lange's Migrant Mother. Instantly recognizable and distinctly American. I would also add “The Kiss at Times Square” by Alfred Eisenstaedt and Raising the Flag on Iwo Jima by Joe Rosenthal.

Definitely "Dovima with Elephants" by R.A. Such an amazing photograph that doesn't pull its punch.

diane arbus- twins, for sure. so recognizable and iconic for her and all her work. Plus most everyone recognizes both the photograph and who the artist is immediately.

adams. the building darkness, the sweeping clouds, the cemetery...
beautiful.

Most iconic has to be Dorothea Lange's.

My favorite might be the Arbus, though seeing the Adams in person is always a religious experience...

What a job having to narrow down to four! Maybe you found it easy but it would be good to know a few of the ones that nearly made it.

Great choice though and all would find a place on my walls! The Dorothea Lange would be in pride of place though.

It's the alertness, perseverance and strength in the eyes of the mother.

i'm not a fan of ansel adams. that said, moonrise, hernandez is one of most heart-stopping photographs ever! thrilling.

are you a morning joe addict too!?

The Lange--the subtle detail of the baby's face makes all the difference.

Tugs at the heartstrings, then the mind comes into play w/ the analysis of the photo. Love.

Arbus' and Avedon's are lightweights, and they don't have any chance against Adams' and Lange's.

Lange's is a masterpiece about the human condition, but why are we so obsessed with ourselves? At the end, we don't matter.

Adams' is the winner, because that landscape will be still there when we as a species are long gone.

The Avedon may be a beautiful and iconic art photo or fashion shot, but it's not "American" - i.e., it could just as easily have been an Italian photographer with a Brazilian model shooting in India.
My vote goes for the Lange, tho' the other 2 are also wonderful.

It is definitely between Avedon and Lange. I would have to choose Lange.

def between Avedon and Lange. I cant seem to decide

I would have to say that Lange's photo is the most iconic, however the Arbus photo resonates for me.

Arbus, the rest are corny.

For me it's Dorothea Lange's image.