The cherry blossoms are now out in Central Park. Strange because the weather has been so cold. There's not even a touch of spring in the air. Looking back I saw that I first posted about cherry blossoms last April 15 and then photographed them in Central Park on May 5. Was it just
a year ago? It seem like a millennium ago - pre-recession, pre-Obama, pre-24th Street. Does it feel like more than a year to you all? Anyway, here are those posts - two of my favorites - from that long ago spring. 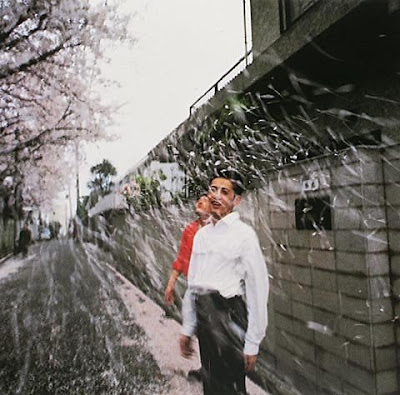 Following last month's post about Japanese blossom-cams, the cherry blossoms are now out in New York City. And as any dog-walker/photo person can tell you, they’re more interesting photographically at 5:30 in the morning (when I was not together enough to put a camera in my pocket) than when the sky is clear and blue as it is now at 8:55 a.m..

Nevertheless, I snapped a photo on my iPhone and sent it to The Sartorialist to let him know that Central Park would not be a bad place to shoot this week. I’ll be interested to see if he follows up.

Then I remembered Nan Goldin’s great photograph – “Honda Brothers in Cherry Blossom Storm, Tokyo, 1994”. For an artist best known for scenes of a bohemian lifestyle illuminated more by dim lightbulbs, the photograph above captures a wonderful moment of delight - delight in nature, in the power of photography to freeze motion, and in the crystalline moment that marks the approach of spring. 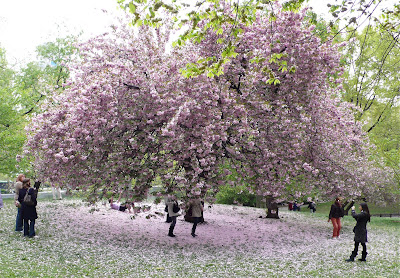 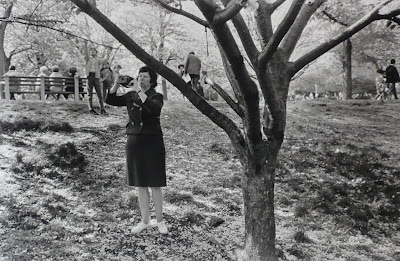 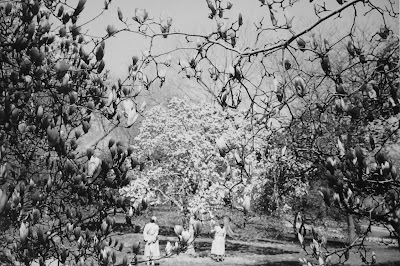 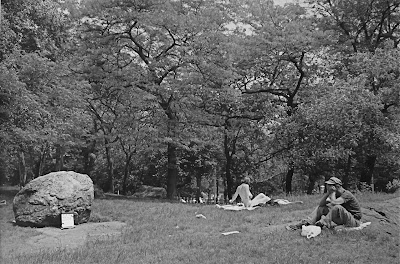 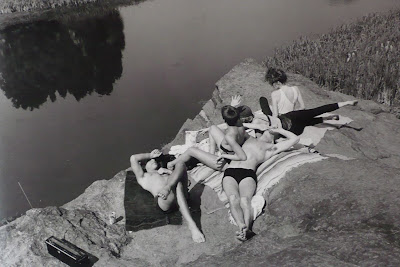 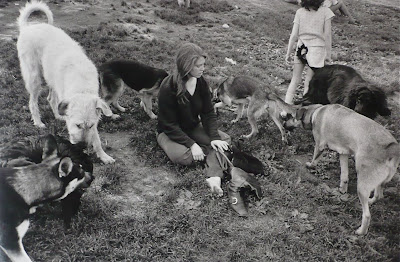 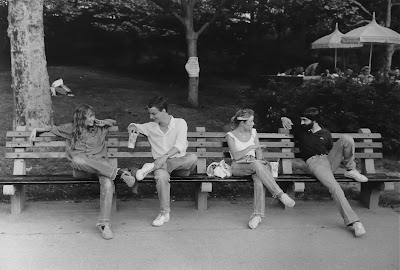 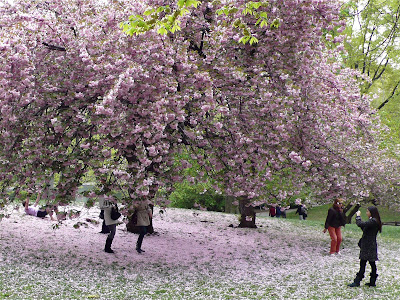 2. Love this essay, and I think you should further explore the snapshot vs. photograph theme. I think the distinction between the two is becoming more and more blurred.

3. I like the first version of the Cherry Tree...

Ditto. The uncropped picture is more choreographed. What's the guy doing on his back, I want to know. And I love the woman in red pants who is so clearly enjoying the moment. The central action of the woman and her models is only enhanced by this wider context. (Sorry, a bit wordy.)

i love the first version of the cherry tree as well. I love reading your posts, and I often read your blog as inspiration. I love the randomness of it all, and how you truly write about what interests you. You've really introduced me to some great things I wouldn't have otherwise known about.

I was wondering what blogs/websites do you visit regularly to inspire you?

Which one is better? It depends what you're looking for in the photograph. The tree is the star in the first; the people in the second. I see merit in both views...and this from someone who is a notorious cropper.

A Cup of Jo
(http://joannagoddard.blogspot.com/)

and of course Love Maegan
(http://www.lovemaegan.com/)

I jump on the bandwagon loving photo #1 the best. It feels panoramic!

And today's post has me pulling out Friedlander's strange and wonderful "Cherry Blossom Time in Japan."

I also vote for the first cherry tree photograph. I like seeing the entire tree because (to me) it looks like a geyser of pink snow cascading down on all the people.

I like the first version as well. The ring of fallen petals and the placement of each person makes it look as though they're dancing around a maypole. At least that's what it reminds me of. Very joyous and pretty!

Hiya- I was thinking you might like cherry blossom imagery and then- of coarse, lovely cherry blossom post. While shooing in Japan last week I filmed a bit too (mostly with a tiny flip) for a better travel journal...
I hope you enjoy.

I must say I like the first one (although there is something nice about the cropped version- too! How the people are busting out towards the frame)

What I like about the first picture- that really struck me from the start- is how the one person is lined up with the tree trunk making the whole tree and all the petals look like one mass floating shape- like an art installation done by Nature!

i prefer the 1st version too :)