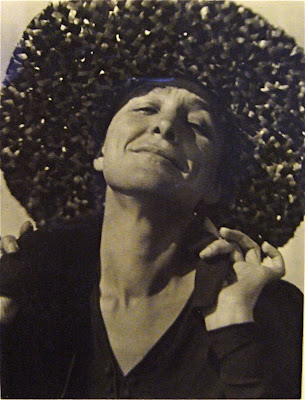 A quick trip to Los Angeles began by meeting up with my friend Tom Adler. Our plan was to meet for lunch at The Getty - I was coming from Long Beach airport, he was driving down from Santa Barbara - and amazingly we both pulled up to the Getty front gate at exactly the same time! So the premonition was for a good day and the Getty did not disappoint with a delicious lunch in the cafeteria (I highly recommend their fresh taco plate) and two excellent photography shows.

The first - a small show titled "In Focus: The Portrait" - covers a wide range of photographic portraits from the 19th Century to the end of the 20th including formal portraits, "intimate" pictures, and documentary photographs. It was an excellent and provocative selection, but annoyingly The Getty does not allow you to take pictures (and have very few on their website) so most of the pictures you see here were snapped surreptitiously before different guards asked me to stop. Nevertheless it added a touch of excitement to the experience!

The Getty (like the Met) also has wonderfully lucid wall texts and one in particular seemed worth sharing - a quote from Richard Avedon which accompanied his diptych portrait of Francis Bacon: "A photographic portrait is a picture of someone who knows he's being photographed and what he does with this knowledge is as much a part of the photograph as what he's wearing or how he looks. He's implicated in what's happening and he has a certain real power over the result." Very Avedonian!

I've purposefully left the top picture without a caption because it may surprise some of you. You'll find the answer at the bottom of this post.* 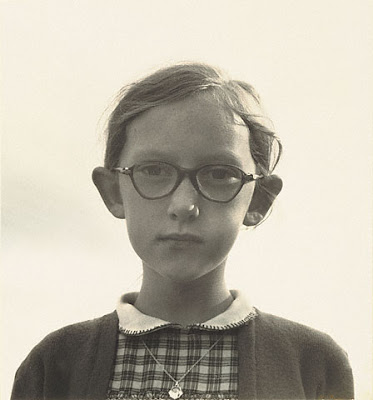 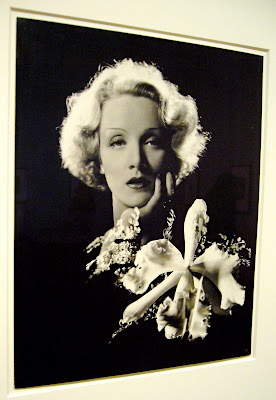 The second and larger show at The Getty was "Dialogue among Giants: Carleton Watkins and the Rise of Photography in California". Weston Naef's final show as the museum's director of photography, it's a thorough and exhilarating survey that includes Watkins' mammoth plate camera (about the size of a car) and many if not all of my favorite Watkins photographs. Unfortunately it's only up through March 1. 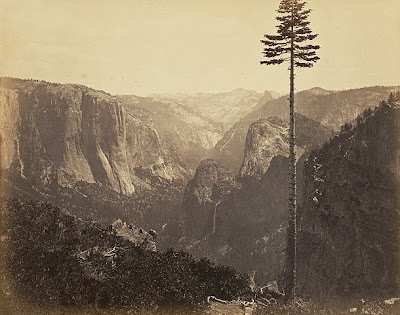 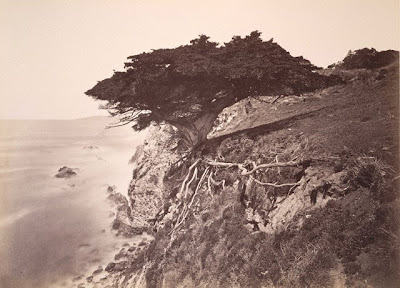 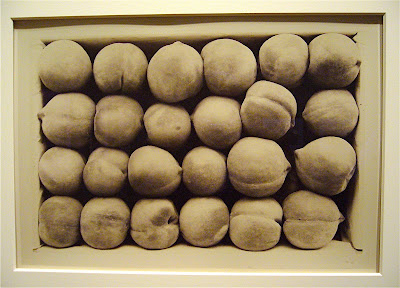 An atypical, but one of my favorite Watkins pictures - "Late George Cling Peaches, Kern County, 1889".

*And the answer to the top picture: Georgia O'Keeffe by Alfred Stieglitz!

love the dorothea lange portrait. the cecil beaton is magic.

wow!! love the portraits... and the quote is amazing...

I hate when museums don't allow photographs, but it definetely makes the experience more exciting when you do it illegally...

I did recognise the image of Georgia! I loved that Georgia said people would ask her if Alfred could photograph them in the same ways he captured Georgia and her response was to think it was almost a naive request. The photographic experience between the two of them was a very personal one, all encompassed in their relationship. I like that. And I love portrait photography altogether.

I love guerilla photographs. I find it so irritating not being able to take photographs in galleries, spread the love is what i say!

i too have been to the getty recently. i tried to take a photograph or two but was quickly checked by one of the gallery attendants. props to you.

I was at the Getty a year or so back & snapped away madly in the painting rooms with no problems. Perhaps it's just the photography shows they don't like to be shot? There was an excellent Graciela Iturbide show on when I was there. I also agree that the big cafeteria has some great food.