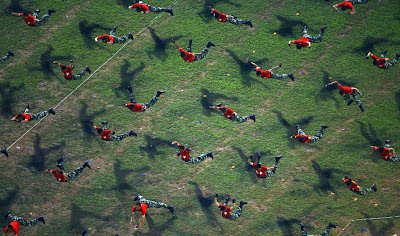 Early last month, China launched a week-long series of anti- terrorist drills called "Great Wall 5", in preparation for the upcoming 2008 Olympic Games. It's clearly not a situation anyone can take lightly.

These uncredited pictures from China Photos via Getty Images are just a teaser for what is sure to be a deluge of amazing sports photographs when The Games start on 8.8.08. Finding the images that transcend the average is something I always look forward to, but I thought these were a good start. 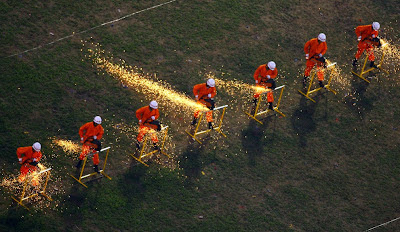 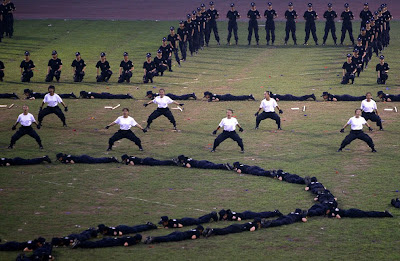 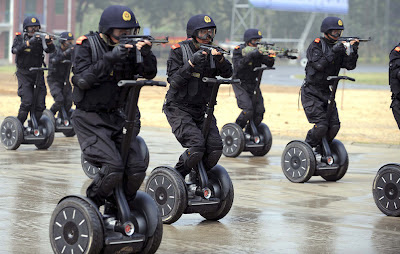 To date, however, the story for me (and I think just about everybody) has to be Dara Torres, preparing to compete in her fifth Olympics as well as just breaking her own record at age 41.

Robert Maxwell, who I think is a vastly under-recognized photographer, took this powerful portrait for the New York Times Magazine showing what 0% body fat mixed 100% iron determination looks like. 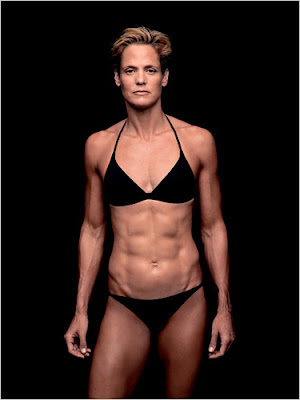 Posted by The Year in Pictures at 3:01 PM

I first saw all those pictures on Boston.com's The Big Picture, which is worth a look if you haven't seen it yet:

Surely China Photos released these images for one and only one reason: to intimidate every participant and visitor.

How can we condone games held in such an environment? Do we not remember 1936?

That portrait struck me as well. I couldn't stop looking at it - her body is amazing and her eyes just drew me in.