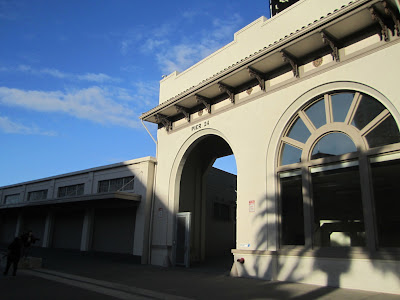 The entrance to Pier 24 in San Francisco.

Word has slowly been getting out about a new photography space in San Francisco that is quite literally a game changer. The result of one man’s relatively new-found passion for photography, Pier 24 is a 28,000 square foot private museum that is open to the public on a by appointment only basis. The back story is extraordinary.

In 2002, Andy Pilara, a San Francisco businessman, went to see the Diane Arbus show “Revelations” at the San Francisco Museum of Modern Art and was, to understate it, deeply moved. Without having ever bought a photograph, he delved into the medium – learning, looking, listening to experts and ultimately acquiring over 2,000 pictures to date. His collection became so large he began to look for a space to house it and after a fruitless search a friend suggested he contact the San Francisco Port Authority which owned a number of piers that were unused but in disrepair. Two years later, Pier 24 opened in the spring of 2010. Beautifully finished and constructed and designed to be a series of 17 interconnected spaces that flow engagingly from one gallery to another, I am sure it must be the largest space devoted exclusively to photography in the world.

The opening show was a selection of works from Pilara’s collection. The just closed second show highlighted work from the collection of Randi and Bob Fisher (of the GAP). Next up will be works relating to San Francisco - either pictures of S.F. or pictures by S.F. based photographers.

To get in you have to e-mail in advance to set up an appointment. Admission is free. The museum admits only 20 visitors per two-hour time slot from Monday through Thursday, along with a few small school or museum groups. A glass door at the entrance is unlocked after your appointment is confirmed via intercom. From then on you have the place to yourself. There are no wall labels as Pilara wants visitors to have a "quiet and contemplative" encounter with the work on view. It is in many ways a place very much for the photographic cognoscenti, but Pilara takes the justifiable point of view that too many museum visitors spend more time looking at labels than at art.

In any case, Pier 24 now firmly establishes San Francisco as a center of photography to rival anywhere in the world. Between Pier 24, SF MoMA, the Fraenkel Gallery and the numerous smaller galleries that dot the Geary Street area, as well as the recent appointment of Julian Cox (formerly of the Getty and The High Museum) as Founding Curator of Photography for the Fine Arts Museums of San Francisco and Chief Curator at the de Young, there is more than enough and at the highest level of quality to justify a special trip for any photography lover.

Below - a few snaps from my recent visit to Pier 24. Unfortunately, this show closed right after my visit but the new show should be opening at the end of March. And rather than show room after room, these pictures are just to give a flavor of the space. 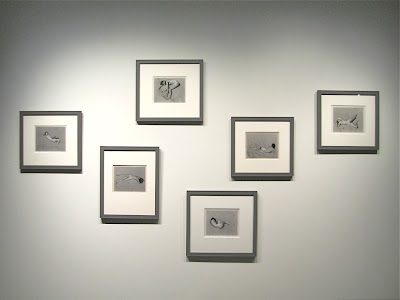 As you walked into the Fisher Collection show at Pier 24, you were greeted by this assemblage of vintage Edward Weston's from his nude on the dune series. 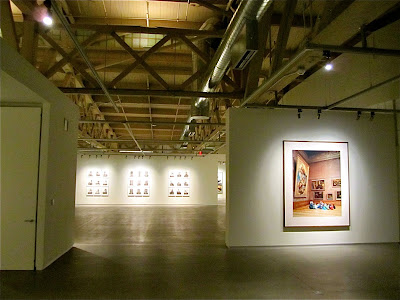 A Struth "Museum" picture leads to a room of Bechers. 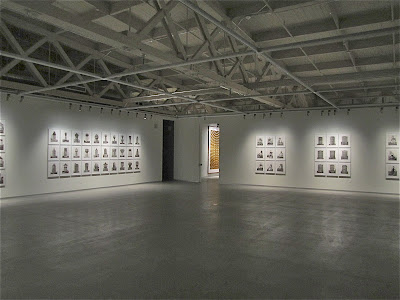 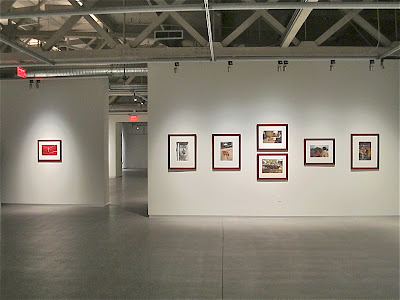 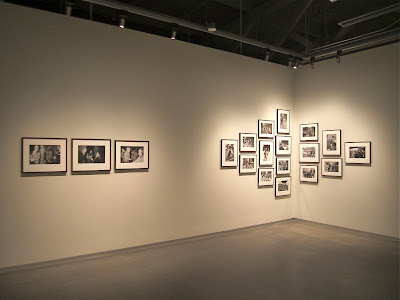 A corner of the Winogrand room. 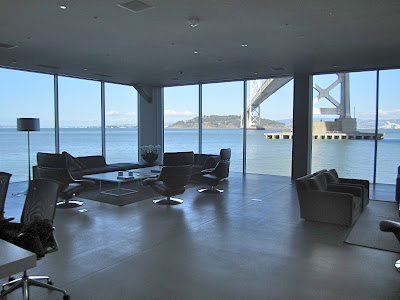 Andy Pilara's office with a view of the Bay Bridge.

Posted by The Year in Pictures at 8:52 AM

I know Andy Pilara in his day job....very very precise, voraciously curious man. Knew nothing about his interest in photography, but I'm not surprised.

Isn't this every photography collector's fantasy: a museum of one's own to showcase one's particular photographic idiosyncrasies? I just worry that with the very limited space available for visitors it will become much like a chi-chi restaurant: only those with "connections" will get in to see a hot show. Also, wall labels aren't that bad: they put the work on display into historical context and gets the mind into making art historical connections. Like everything in life, it must be balanced...not too many words vs. pictures. Lastly, HOLY COW! WHAT A KILLER VIEW IN THAT OFFICE!! Soooo jealous!

In response to Anon. (above)

Connections have nothing to do with it. If you contact them ahead of time, there should be no problem getting in.

The Winogrand room is so beautiful, it nearly moved me to tears. Thanks for the post, and for keeping up with the cacaphony that is photography.

This is impressive. I have to see it.

The way the photographs are displayed in your picture of the Winogrand room is intersesting. It's part of the art.

Got in to see the last day of the show yesterday, amazing!
Here's a link to a video of Bob Fisher talking about the collection:
http://www.pd-jkt.com/2011/01/25/as-a-photographer-do-you-know-your-collectors/

The photography world is lucky to have people like the Fishers and Pilaras.
I'll keep buying those Gap tees