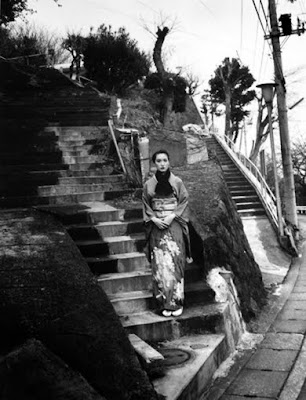 Two people were kind enough to send in their AIPAD favorites. Above - from photographer Frank Schramm with this explanation:

Here is my favorite image from this years AIPAD Show 2011. The Galerie Priska Pasquer, who specializes in Japanese Photography and, who was effected not getting all the images it wanted from some of there newer artists, due to the Tsunami, I was very taken by a photograph by one of my favorite photographers, Nobuyoshi Araki. This being from his series "Mythology" 2001 - I have never seen this image before. It is not the style one would expect from Araki's - other work. It's interesting to me because of it's - classic style of a young japanese woman dressed in traditional kimono attire. I really love this image, because, I see it as Araki - "Inside - Out" in reflection of his traditional images. 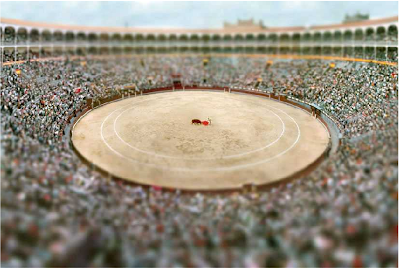 And these two images (above and below) from Lane Nevares without any comment. 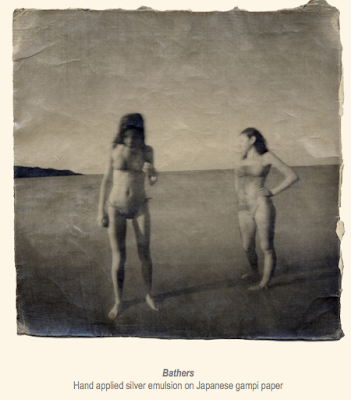 Posted by The Year in Pictures at 8:30 PM

The bathers one is amazing.