Just over three years ago, Corinne Bailey Rae breezed onto the scene with catchy singles like "Put Your Records On" and “Like a Star” - another blast of fresh air coming from the English music scene.

Not long after her initial success, however, Rae’s husband – a jazz musician and a recovering addict - died of a methadone overdose, and Rae’s follow up to her eponymous debut went on hold. Now two years later, Rae’s second album – titled “The Sea” has just come out.

Not surprisingly, it’s a deeper, less bouncy sound, and it takes some repeated listening to get fully into it, but the experience is worth the minor effort and the record is more moving than mournful. The title track, “The Sea”, particularly stands out for me. According to what I’ve read it was written before Rae’s husband’s death and is as much a song about recovery as loss.

There isn’t a video for it yet, so I’m thankful to "kdc21" for recording this performance at New York’s Hiro Ballroom. While the camera work could best be described as “impressionistic", the sound is pretty good. And if you don't know what she looks like, here she is in a recent picture: 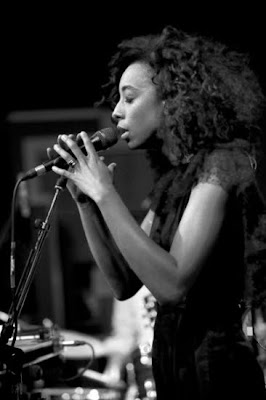 Posted by The Year in Pictures at 7:23 PM

Glad to hear/see she's back.

thanks . I am a fan of her first album and love her voice.