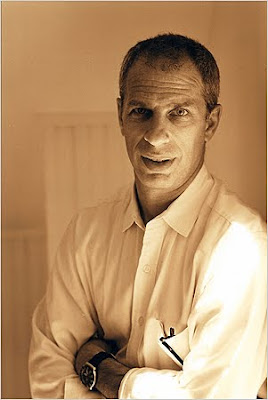 The New York Times published obituaries yesterday of two people who were immeasurably inspirational to me. One was the architect Dan Rowen who was known for his cool modernist design and his work for Larry Gagosian, and the other was Charis Wilson, the wife and great muse of Edward Weston.

I knew Dan well. I first met him when I took over the lease on Perry Rubinstein’s Prince Street gallery in 1994 – a space that had been lovingly and thoughtfully designed by Dan in the early boom days of the 90s art market. It had Brazilian cherry floors and the finest fixtures money could buy (the library, for example, had a built in rolling ladder to easily access the top shelves), but most of all it had Dan’s brain and taste. The proportions were original but perfect, and the thought behind every design decision was both functional and aesthetically pleasing. There wasn’t a day I walked into the gallery when I didn’t think of and appreciate Dan’s work.

Over time we made a few minor adjustments that made the space more appropriate for photography than the large scale paintings Perry had shown, and Dan and I became friends. From then on, there wasn’t a design decision I made without consulting him. No detail was too small for him to care about – no problem too minor for him not to take pleasure in the joy of finding a solution. My business was certainly small potatoes to Dan with clients like Martha Stewart and Michael Kors, but such was his brain and temperament that he took great pleasure in even the smallest act of creation.

When he walked into a space that needed his touch, a smile always played on his lips. There was a spring in his step. It was an opportunity – no matter how small or large – to do what he did best.

The last thing we did together was to solve the problem of the back room on my latest gallery space on West 24th Street. This was the smallest of small jobs – to most people of Dan’s stature it would have been well beneath them – but as a friend Dan was happy to help, and he took it on just before he was diagnosed with cancer. His solution to a messy space littered with wall alarms, pipes, and other detritus was a seemingly simple but actually quite complex wall that moved from one side of the room into open space and in one swoop encompassed a recessed bookshelf, enlarged my storage space, hid everything ugly, and created a desk area where I now sit and work. Of all the jobs Dan took on, I’m sure it must rank as the most insignificant – but he treated it as if it was a commission to design a new museum - and from the moment it was completed, it stood out for me as a testament to everything that was good and great about creativity, individuality, problem-solving, and friendship. 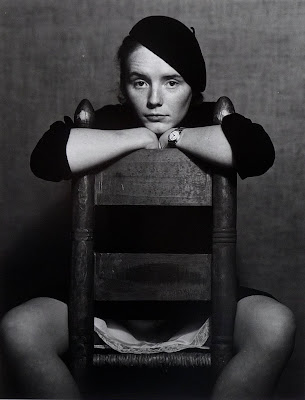 I never met Charis Wilson, but like most male photo buffs of my age, she was my pin-up and as recently as last month when I had the pleasure and honor of exhibiting her husband Edward Weston’s work – I had plenty of opportunities to pin her up! Of the 40 Weston pictures on display, about half were of Charis.

She was everything you could dream of as a muse and companion and she had quite a life. She was the all-American dream girl - beautiful, natural, smart, and unselfconscious.

If there’s something like a heaven, or at least a great processing center in the sky, I would hope that Dan and Charis would meet. And while they each had great loves in their lives, I would hope they would enjoy each other’s company as friends – and who knows, maybe one day the east coast intellectual and the west coast beauty would figure out this one point of contact they shared!

Posted by The Year in Pictures at 7:49 AM

I would rather see a million pictures of Charis over any of the models and celebrities that roam the earth today. She was and will continue to be an inspiration to women, as well as men.

Such a thoughtful and beautiful posting/ eulogy.

"There was a spring in his step. It was an opportunity – no matter how small or large – to do what he did best." We should all be so lucky.

That's a great portrait of Rowen -- do you know who took it?

Thank you so much for your inspirational and continually informative blog, written with such a humble simplicity and artistic sensibility.Thank you for sharing that amazing photo technique. I love what you say about how the intellectual and west coast beauty would one day share through you... I am sorry for the loss of your friend.

I just found your blog; what a nice tribute!

I always learn something from your blog. Today it was "meeting" two new people I should be aware of, and know. After reading your text, I feel I do know them.

Have you read her autobiographical book, "Through Another Lens: My Years with Edward Weston"?