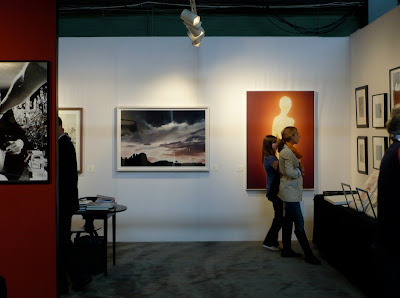 A Christopher Bucklow (r) and Jim Krantz (l) face you as you approach our booth.

Here is my booth at AIPAD. What goes into the selection of work to go in a booth? It is the end of the most carefully thought out process that has been taking place over the last two months - a distillation of what pictures and photographers have most struck a chord with me, who the gallery represents, and what I'm saying about the future and the past. It's also designed to be a harmonious whole where the works speak individually but also are enhanced by the dialog with the other work on display. (In case you thought it was just a bunch of pictures I was hoping to sell!) 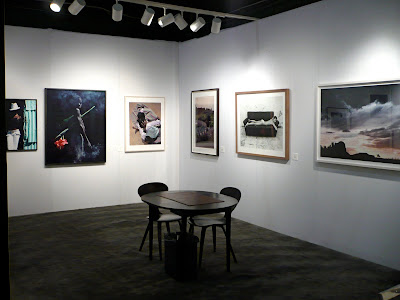 Continuing round the booth counter-clockwise are Mario Sorrenti's early portrait of Kate Moss, Paul Fusco, and a wall of Viviane Sassen's. 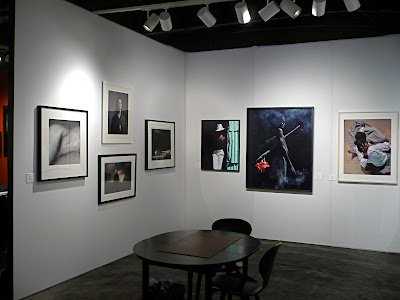 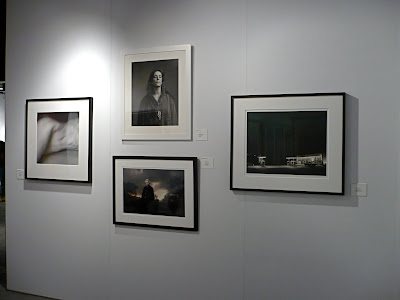 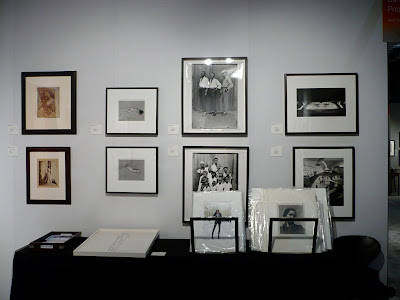 Posted by The Year in Pictures at 6:12 AM